The Reason Why Men In Iran Are Donning The Hijab 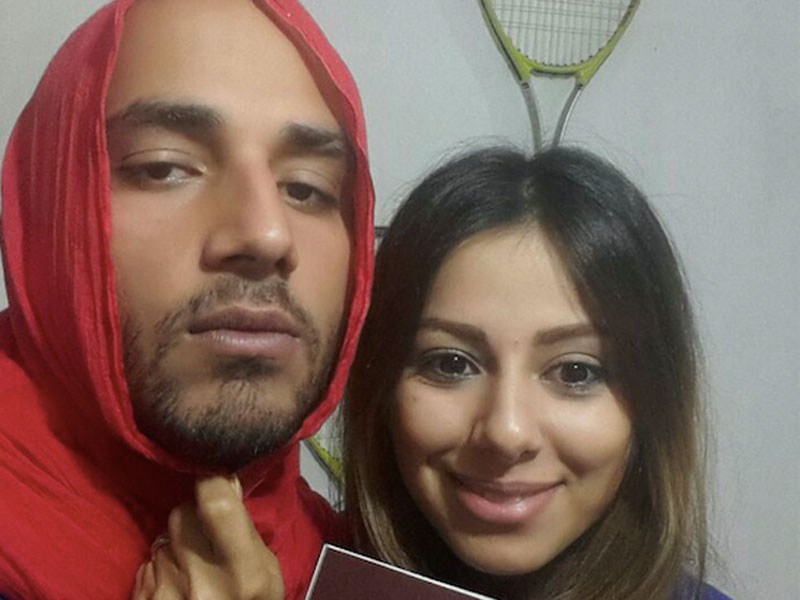 Women in Iran have been legally bound to cover their hair in public since the Islamic Revolution of 1979.

It is a rule enforced by the country’s Morality Police, who fine or even jail women found to be breaching the law.

Even a “bad hijab”, where women wearing a headscarf have allowed a little hair to show above their forehead, face repercussions.

However the men of Iran are taking a stand against the strict implementation of the law by sharing images of themselves wearing the traditional covering on social media.

In a display of solidarity with their wives, sisters, aunties and mothers, the men are putting the pictures on Instagram and Facebook using the hashtag #meninhijab.

The online campaign was started by US-based Masih Alinejad, an Iranian journalist and activist, The Independent reports.

“Most of these men are living inside Iran and they have witnessed how their female relatives have been suffering at the hands of the morality police and humiliation of enforced hijab,” she told the UK newspaper.

“Many men have gotten used to seeing women in compulsory hijab every day and you think that is normal… so I thought it would be fantastic to invite men to support women’s rights.”

Government adverts in Iran suggest women are dishonourable if they do not wear the hijab, and they are encouraging unwanted advances from men.

In other Middle Eastern countries, such as the UAE, the hijab is wore with pride by Muslim women but they face no legal obligations should they choose not to wear it.

“We have a freedom to choose for our life. Wearing the hijab is a matter of faith and personal choice. Most Muslim women I know are independent, strong-minded individuals who decide to cover up out of personal choice,” Dubai-based beauty and fashion icon Wafa Yahya told Emirates Woman earlier this year.

Men in the UAE also frequently sport their own traditional dress, whereas in Iran men are not required by law to wear a head covering.

In recent years, women in Iran have protested the law by removing their headscarf in public, even if just for a brief moment, and posting pictures on social media.

Some have even resorted to shaving their head so they can go without the hijab.

In support of the Men In Hijab campaign, one woman sent Alinejad an image of her father and cousin donning the headscarf.

“At first, they laughed while wearing the veil. However, about a minute later, both started sweating due to the heat,” the unnamed woman wrote.

“The bottom line is, they said, we cannot stand wearing the veil even for a minute. How on earth can you, women, abide this obligation at all times? They never sympathised with us to this degree before.”

“Everyone… should have a choice to decide for themselves how to dress,” said another supporter.