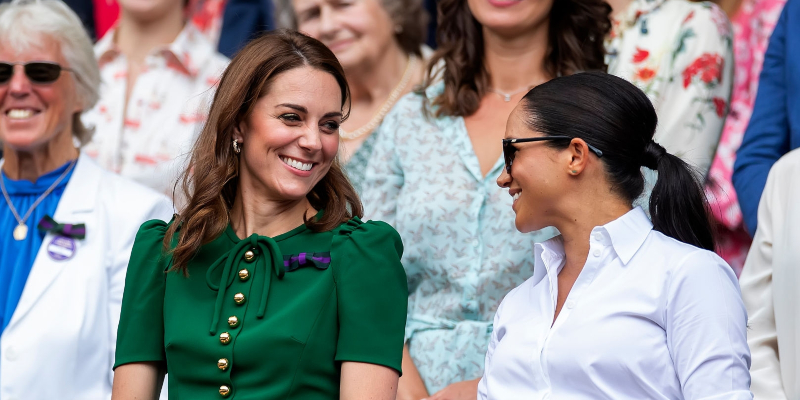 With the entire world discussing what was said during the Duke and Duchess of Sussex’s bombshell interview with Oprah Winfrey, an unseen clip has now been aired by broadcaster CBS.

In the initial interview, Meghan Markle discussed her relationship with sister-in-law Kate Middleton, clarifying a story which had been falsely reported on in the tabloids.

Around nine months after she wed Prince Harry, various claims emerged in the tabloids that Meghan had made Kate Middleton “cry”.

However, “the reverse happened”, according to Meghan. “A few days before the wedding she [Kate] was upset about something, pertaining to – yes the issue was correct – about the flower girl dresses, and it made me cry. And it really hurt my feelings,” she explained. However, the pair resolved things and Kate sent a bouquet of flowers to Meghan to apologise.

In a new clip which was aired, Meghan compared her situation to Kate’s when joining the royal family.

Prior to marrying Prince William, the pair had been in a relationship for several years and the Duchess of Cambridge had been dubbed “Waity Katie” by the tabloids.

WATCH: @Oprah asks Prince Harry if family members reached out to apologize for the reasons he felt he had to leave.

“If members of his family say, ‘Well, this is what happened to all of us,’ or if they can compare what the experience that I went through was similar to what has been shared with us – Kate was called Waity Katie waiting to marry William,” she said.

However, while she noted that Kate would have faced scrutiny from the press which would have been “hard”, it was not the same situation she, herself, was in.

READ: The Queen breaks her silence on Harry and Meghan’s bombshell tell-all interview

“While I imagine that was really hard, and I do, I can’t picture what that felt like. This is not the same,” she said. “And if a member of this family will comfortably say, ‘We’ve all had to deal with things that are rude.’

“Rude and racist are not the same. And equally, you’ve also had a press team that goes on the record to defend you, especially when they know something’s not true. And that didn’t happen for us.”

In response to the interview, Buckingham Palace issued a statement on behalf of the Queen on Tuesday night stating she was “saddened” by the couple’s hardships, adding the racism allegations would be dealt with “privately”.