Meet the Muslim woman running for congress in the US 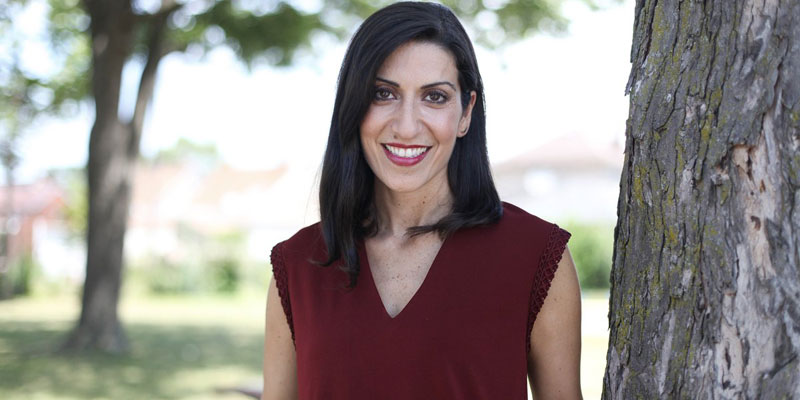 If Fayrouz Saad wins her election, she’ll be the first Muslim woman to ever serve in the US congress.

The 34-year-old Lebanese-American woman has a tough job ahead of her – the Michigan district she’s running in has been in Republican hands since 1967 with the Democrats taking out only one election in that time. Saad is undaunted, though, she tells the Independent. She sees a readiness for change in the people she hopes to represent.

“I think that people are going to continue to demand change,” Saad told the paper. “People want elected leaders who are going to fight for progressive values.”

READ:
This Saudi university is opening a driving school for women
President Donald Trump just removed this country from his US travel ban

Saad’s politics are forward-thinking, and informed by her own experiences of growing up as the Muslim child of immigrants in a country that wasn’t always welcoming. At university at the time of the 9/11 terror attacks, her parents pulled her home for fear of anti-Muslim violence on campus.

“And I’ll be honest that was the first time that I ever even realised that this was a thing – that there was a stereotype against Arabs and Muslims in this country,” Saad told the Independent.

When she returned to the University of Michigan, though, Saad was greeted by a queue of friends and fellow students waiting to welcome her.

She’s in favour of universal healthcare and further environmental regulations, and would like to see undocumented migrants have the chance to become citizens.

Perhaps because she doesn’t want to alienate voters, Saad has stayed away from running in direct opposition to President Donald Trump’s ideas. However, she does tell the Independent “a lot of the things that I’m fighting for, a lot of the things I want to see changed, and a portion of what pushed me to run, is to fight back against his agenda.”

I’m running for Congress! Join me in our fight to turn #MI11 blue. Let’s do this! @saadforcongress https://t.co/oId8CcknSm pic.twitter.com/nj5qF0sEKq

Saad doesn’t want to place too much emphasis on her identity, preferring to focus on policy, but there’s no denying that who she is matters.

“My identity is who I am, but it’s not who I represent, or how I represent,” she tells the Independent. “But it also means that I’m helping change, or at least get people to adjust, their idea of what the face of leadership looks like.”

“If you’re not at the table, you’re on the menu,” she jokes.