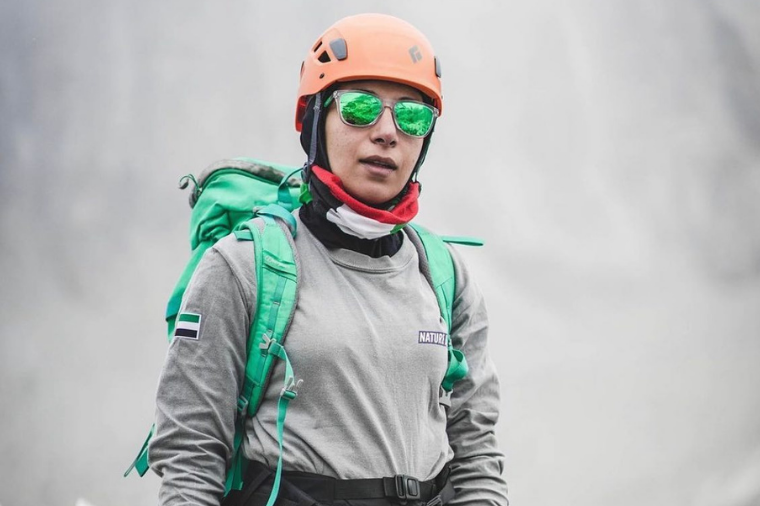 Emirati women are continuing to break the mould and pave the way for future generations.

Nayla Al Baloushi from the UAE is a perfect example of this having recently become the first Emirati woman to climb Mount Everest, the world’s highest mountain.

The Emirati climber reached the astonishing height of 8,848.8 metres on May 14, 2022, officially making history in the UAE.

After one week of harrowing human endurance, the Emirati mountaineer made it to the summit of the world’s tallest mountain.

Upon reaching she hoisted the UAE’s flag and made the country proud, climbing her way into the history books.

Conducted by Nepalese mountaineer, Chhang Dawa Sherpa of Seven Summit Treks, the expedition was completed sooner than expected due to the favourable weather conditions, according to the Seven Summit Treks Instagram.

It’s not the first mountain Al Baloushi has summited. She has previously climbed Turkey’s Mount Ararat at 5,140 metres and made it to the Summit of Cameroon at 4,090 meters high, hoisting the UAE’s flags on different summits.

Besides mountaineering, Al Baloushi is a multi-talented athlete being a scuba divemaster, free diver and horse rider.

Al Baloushi summited Mount Everest two days before Dubai-based athlete and former Emirates Woman cover star Manal Rostom became the first Egyptian woman to reach the top of the world’s tallest mountain. She marked the history-making moment on Instagram with a video of her “on top of the world”, fulfilling a long-time ambition of hers.

Kudos to these inspiring women who are on a mission to empower women through the world of mountaineering.