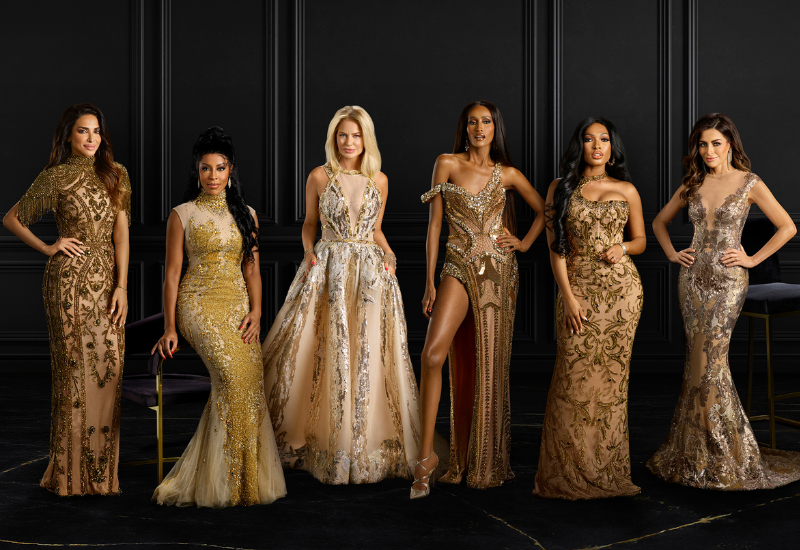 The Real Housewives of Dubai has officially landed.

The newest instalment of one of the most drama-fuelled reality franchises, premiered on Bravo TV in the US on June 1 and June 2 in the Middle East on OSN+ highlighting Dubai and all its glamour.

While the premiere highlighted Dubai in all of its glamour, it begs the question: how much do we all really know about these leading ladies?

Known for living life unapologetically, Caroline Stanbury has nothing less than a lavish life in this concrete jungle with her husband, former Real Madrid player Sergio Carrallo.  she certainly shows her hawk-eyed fans, that one can fall in love once again, especially after her divorce. With an international presence, Stanbury previously starred in three seasons of Ladies of London and is a podcast host on the series Divorced Not Dead. The star was previously married to Turkish financier Cem Habib, with whom she has three children. As a brave-hearted woman with a strong personality, she’s sure to bring some enticing drama to the table.

Caroline Brooks is a proud first-generation American and Afro-Latina. Regarded as a real-estate guru, she’s self-made, driven and only focused on achieving more. Originally from Newton, Massachusetts, Brooks has made Dubai her home for the last 11 years and has lived a life nothing less than luxurious ever since. As her journey was filled with challenges, she had to work herself up after being left with nothing from her divorce. Her experiences have made her a woman of grit and she’s certainly a force to be reckoned with.

This Emirati entrepreneur and public speaker is a combination of both modern and traditional. Having started her business at an early age, Dr Sara Al Madani has made a mark in the UAE as the youngest board member of the Sharjah Chamber of Commerce, a renowned fashion designer and entrepreneur. With her forward-thinking approach to life, she’s on a mission to break the cultural barrier and social stigma that surrounds single working women who can balance both their personal lives and career.

Nina Ali is a well-known content creator in the Middle East. Originally hailing from Lebanon, Ali lived in the USA with her husband, Munaf Ali, before relocating to Dubai together. Known as Lipstick Mommy on Instagram, the mum-of-three is consistently sharing her daily life with her 521,000 followers.

A post shared by A Y A N (@chanelayan)

As the first Kenyan origin model from the UAE, Chanel Ayan has been featured in a host of beauty and fashion campaigns in the Middle East. Ayan has been modelling since the age of 18 and has worked with a host of luxe fashion brands throughout the years including Rami Al Ali, Valentino, Tiffany & Co. and more. She continues to wear many hats, which include being a mum, owning her own makeup brand, running a talent agency and now will soon add reality TV star to the mix.

Lesa Milan is a fashion designer and entrepreneur who has been living in Dubai with her husband and three sons for many years. She has previously won the title of Miss Jamaica in 2010. By balancing motherhood and entrepreneurship, Milan proves that everything is possible. As a high-maintenance woman and an over-achiever, we’re eager to see how she fits into the show.

So mark your calendars, as this popular reality TV show airs on Wednesday, June 1, 2022, on Bravo TV.