Fittingly, for the festive issue, our cover star, wholesome singer / songwriter Taylor Swift, happened to grow up on a Christmas tree farm in Montgomery County, Pennsylvania.

She’s worth a staggering Dhs837 million, she’s dating hot DJ Calvin Harris and everyone is always gushing about “how nice” Taylor Swift is.

But, despite being the ringleader of an ever-expanding crew of models (Karlie Kloss) actresses (Lena Dunham) and singers (Selena Gomez) who all look out for each other and collectively chalk up Instagram likes and followers by the millions, she’s still a bit like Marmite.

So Emirates Woman enlisted two acclaimed journalists to weigh in on Taylor.

As Dolly Alderton points out, not everyone wants to be in her girl squad. Undying fan Pandora Sykes, however, is quick to spring to the star’s defense, pointing out that Taylor doesn’t feel the need to be pop-star cool. She is what she is and she happens to be very nice while doing what she does.

Whose side are you on? 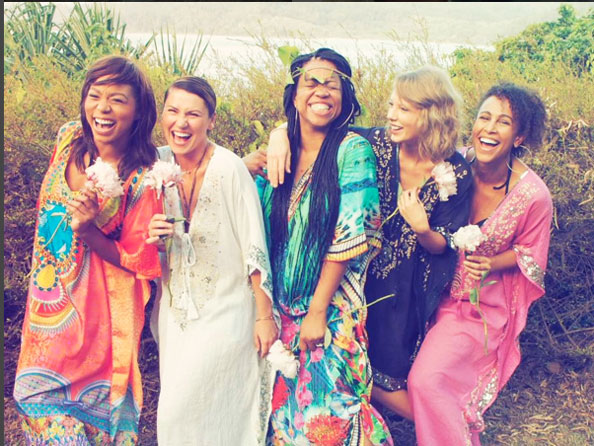 Having fun on the beach with her pals 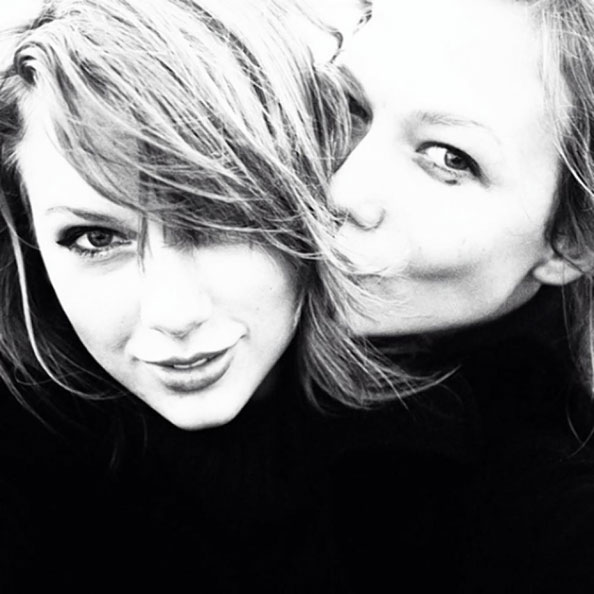 On vacation with Karlie Kloss

“She’s never had a big, fat cigar between her diamante talons in a bid to be ‘real.’”

“Why do we think she’s down-to-earth? A bit of dorky dancing?”

“Ultimately the best PR is to be a nice, pleasant person. I believe that Taylor is truly nice. Journalists have no bad tales about her (and trust me there are lots of ‘lovely’ celebrities out there who turn out to be awful.)”

“Maybe she is nice, but I am so sick of congratulating celebrities for being passably polite. I’m nice. My mum is nice. Aziz who runs my corner shop is lovely.” 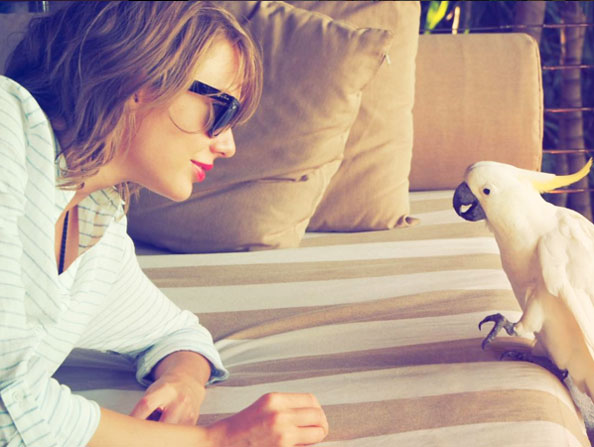 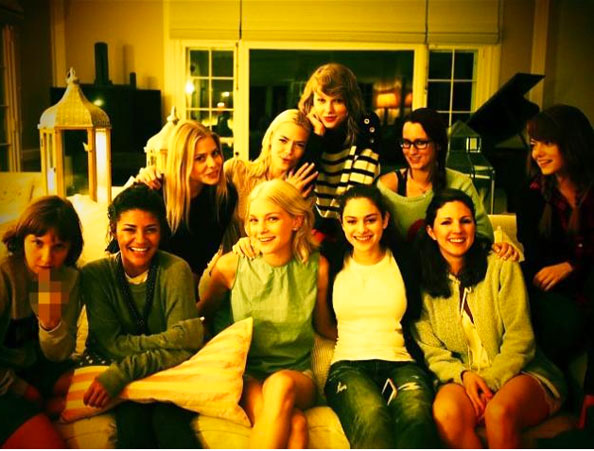 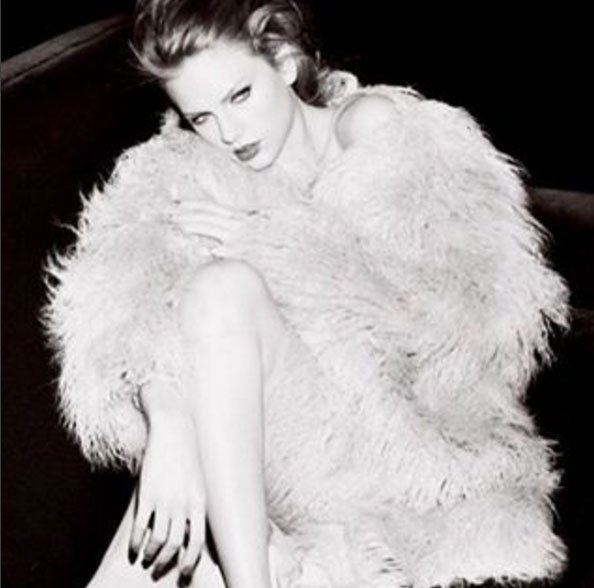 Woken up early for this shoot by Mario Testino

• Taylor’s mum wanted to name her Taylor because if you saw her name on a business card you wouldn’t know if she was male or female.

• She can play the guitar, banjo, piano, ukulele and electric guitar.

• Taylor Swift was the first Saturday Night Live host to ever write their own monologue. She chose to write a song for the event called My Monologue Song that included jabs at Joe Jonas and Kanye West, plus a kiss for Taylor Lautner, whom she was dating at the time.

• To Kill A Mockingbird is her favourite book. 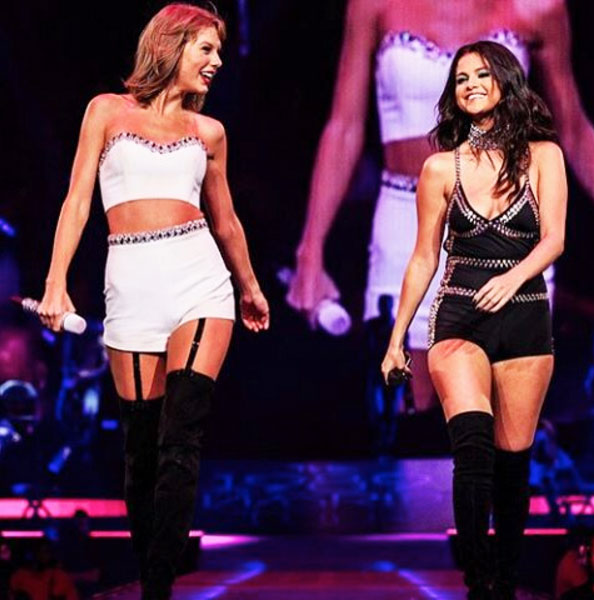 What you will learn from the December issue

• Why the UAE is the best place to be

• How Laos landmines are still taking their toll

• How to flirt successfully this festive season. And beyond…

• Which plush fabric is making a comeback 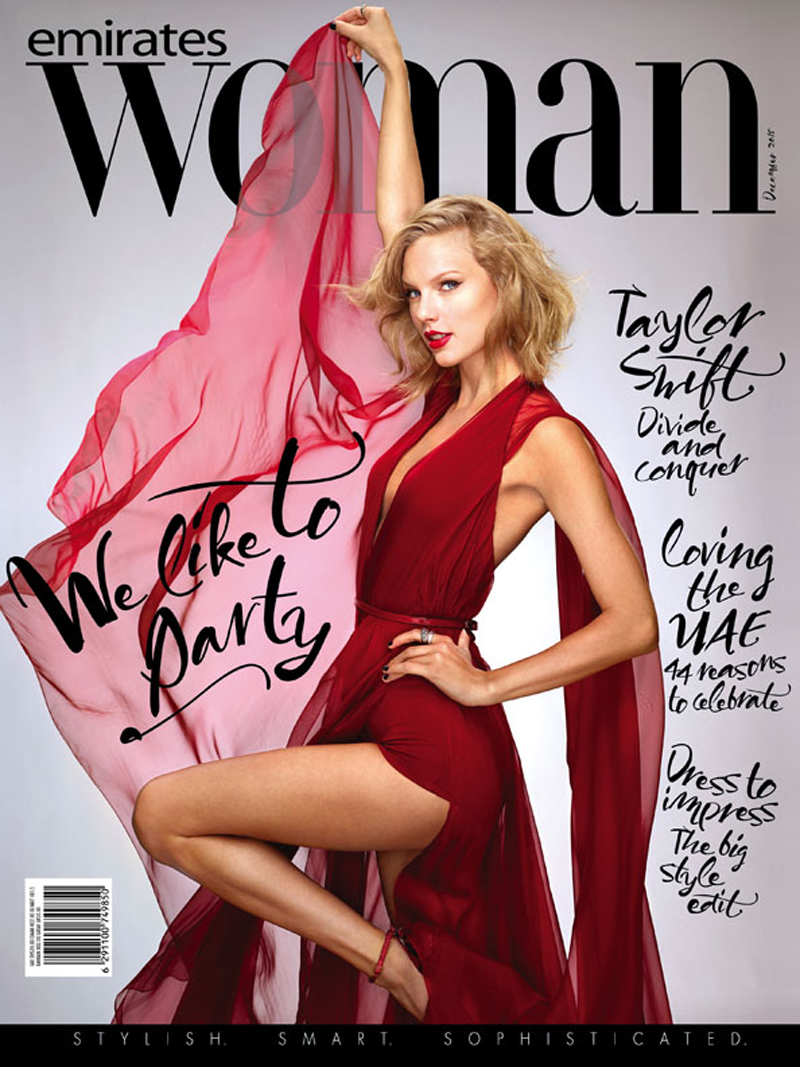 For the full interview buy the December issue of Emirates Woman, out on newsstands now.

Emirates Bride is also out now:

• Fashion, beauty and accessories inspiration for all brides to be