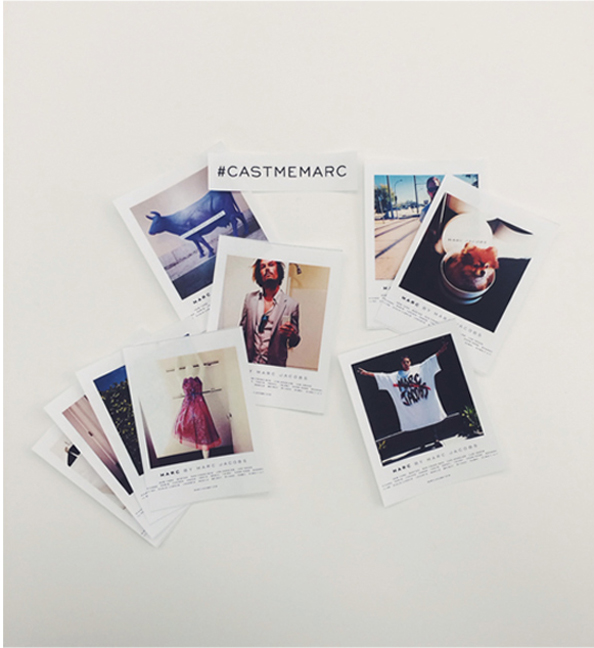 Do you think you take the best selfie? Do you have your sights set on a career as a model? If you answered yes to even one of those questions then you need to start using your social media prowess to land a modelling gig as Marc by Marc Jacobs turns to Twitter and Instagram in search of the star for its A/W14 campaign.

The initiative will be the first campaign for Katie Hillier and Luella Bartley, who were brought on last year to design for Marc’s eponymous diffusion line. The duo, who received rave reviews for their first Marc by Marc Jacobs runway collection, are encouraging male and female fans to take part in the casting call by posting a picture of themselves with the hashtag #castmemarc. The campaign was recently announced on their official Twitter feed and has already seen thousands of entries from around the globe. 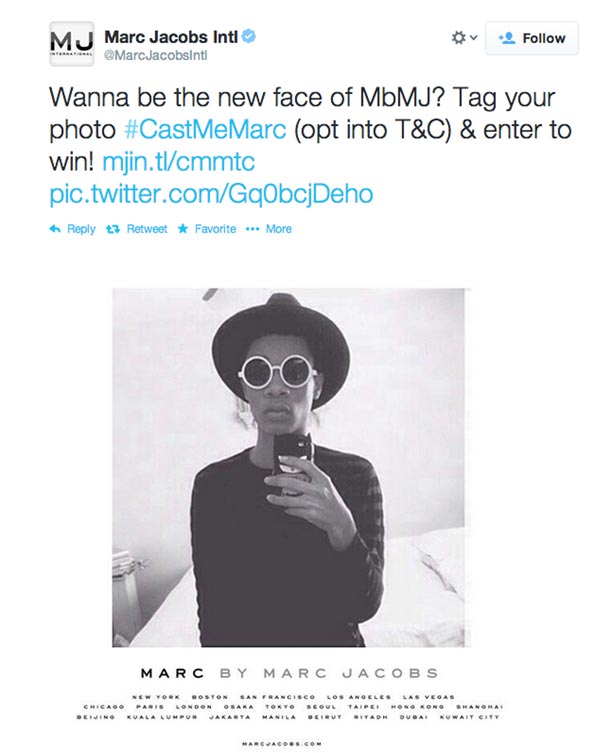 The finer print reveals that all entrants must be over 18 years of age, available to fly to New York City over the summer (should they be chosen) and can only submit one image. Thousands of entries have already been sent and the brand is very clear that purchasing Marc Jacobs items or posing with them in the picture will have no effect on who is ultimately chosen so don’t start swiping your credit card just yet – every participant, regardless of income, is in with a fair chance.

No stranger to controversial fashion campaigns himself, Marc Jacobs has always chosen unconventional models including Victoria Beckham and Winona Ryder and recently used good-girl-gone-bad Miley Cyrus to front his S/S14 print ads, prompting long-time collaborator Juergen Teller to drop out. No word yet as to whether famous photographer Juergen will reprise his position again for the new campaigns but with Miley out the picture there may be a good chance he will return. The casting call closes on April so get posting while you can, good luck!