So Many Celebrities Are Sporting This Lebanese Designer At The Moment 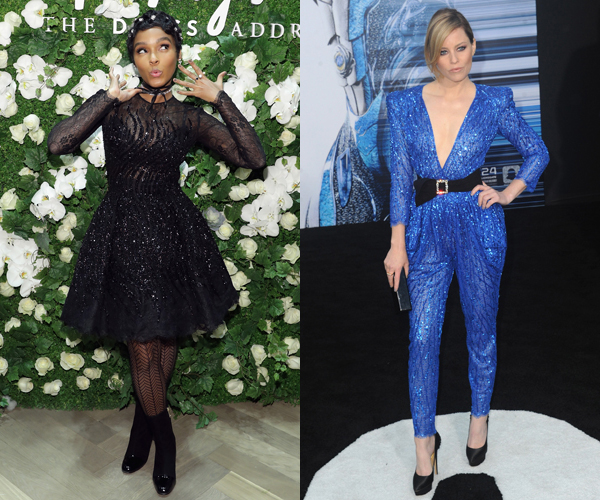 Zuhair Murad is racking up some A-list models this week…

That’s a pretty excellent dress-to-celebrity ratio that Zuhair Murad currently has going on.

The Lebanese label often shares images of its notable clients on its social media pages, and the past few days have seen a steady influx of famous faces in the brand’s gowns.

(FYI, the one-piece comes from the same collection as the emerald-green gown that Céline Dion slayed in at the 2017 Grammy Awards).

@elizabethbanks throws us back to the 80s at the premiere of #PowerRangers in a deep plunging vibrant jumpsuit adorned with accentuated shoulders, rendered in electric blue crystals & nipped at the waist with a suede black belt #HauteCouture #fall1718 #zuhairmurad

Just a day later, the label shared an image of Veronica Mars star Kristen Bell rocking another jumpsuit – this time in chic black – during a TV appearance.

The actress sported a sheer, lace-bodiced number with a flouncy neckline for an interview on Late Night with Seth Meyers – and we’re already coveting it for future ladies’ nights.

Read:
12 Reasons Why FFWD Might Be Dubai’s Best Event For Street Style
Sheikha Mozah Has Been Giving Us So Much New-Season Inspiration This Week

Hidden Figures star Janelle Monae also stuck with black for a fashion party in the US, wearing a peekaboo, embroidered lace dress from Zuhair Murad. The crowning glory has to be her bead-dusted braids (or maybe the contrasting tights, we’re a big fan of those too).

Only earlier this month the label dressed superstar Adele for the Australian leg of her world tour in a shimmering tulle number. 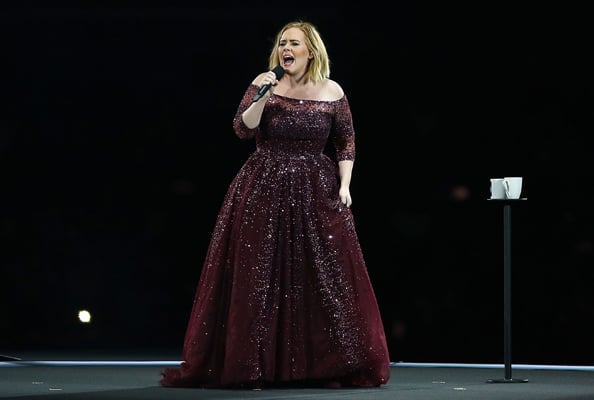