Malala Yousafzai Is The Youngest Ever UN Messenger Of Peace 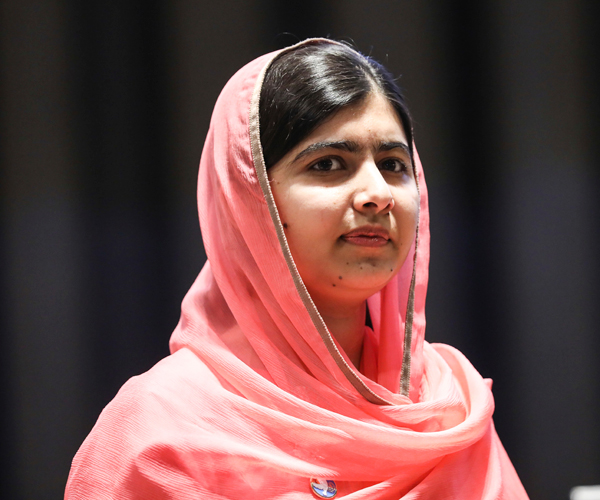 The 19-year-old was honoured for being a “symbol of education for all”.

Two years ago, at the age of 17, Malala Yousafzai became the youngest ever recipient of the Nobel Peace Prize.

Now, the inspirational teenager has been named the youngest ever United Nations Messenger of Peace – the highest honour that can be bestowed by the UN secretary-general.

In 2012, the Pakistani education activist was shot in the head by Taliban gunmen for speaking out about girls’ rights to attend school. Yousafzai, then 15, almost died.

Her story led to an international outpouring of support, and she was transferred to Queen Elizabeth Hospital in Birmingham, UK for life-saving treatment.

Read:
What Malala Yousafzai Taught Us During Her Dubai Visit
“Leaders Are Still Choosing Bombs Over Girls Education”

Yousafzai, who is now based in the UK, went on to make a full recovery, and has continued to campaign for young women’s access to education.

At a ceremony in New York this week, UN secretary-general Antonio Guterres described Yousafzai as a “symbol of perhaps the most important thing in the world – education for all”. 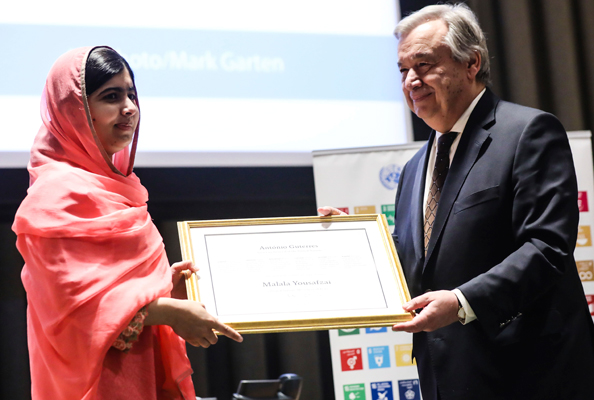 “You are not only a hero, but you are a very committed and generous person,” he told her.

Accepting the accolade, Yousafzai said: “The extremists tried all their best to stop me, they tried to kill me and they didn’t succeed.

“Now this is a new life, this is a second life and it is for the purpose of education.”

She also called on girls from her home country to make their voices heard.

“You are the real changemakers. If you do not stand up, change will not come.”