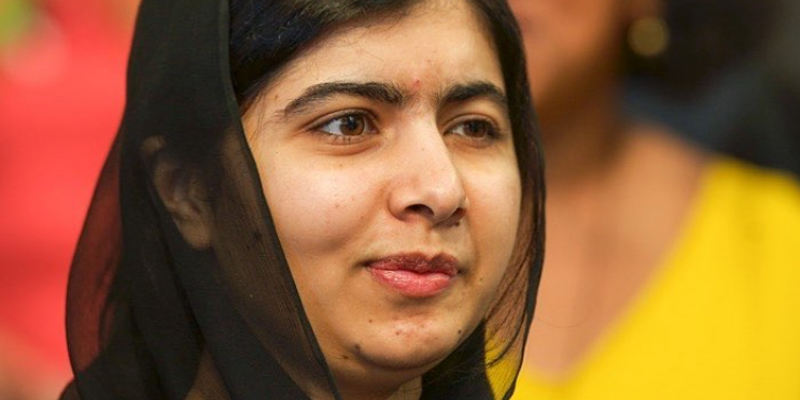 The Nobel Prize winner has attended her first lecture, five years after being shot by the Taliban.

Everyone sat in that lecture hall worked their socks off to get there, but not everyone had to endure a journey quite like Malala Yousafzai.

The 20-year-old Pakistani activist, who is the world’s youngest Nobel laureate, has attended her first class at the prestigious Oxford University, five years after she was shot in the head by militants.

Read:
Saudi women have been warned about getting behind the wheel before 2018
The Syrian girl who tweeted from a war zone is in New York

The passionate advocate for female education enrolled at the institution earlier this month, and shared a social media post of her textbooks as she prepared to attend her first class.

Yousafzai is starting a degree in philosophy, politics and economics, after spending a summer travelling around the world to meet young girls forced out of school by war and violence.

5 years ago, I was shot in an attempt to stop me from speaking out for girls’ education. Today, I attend my first lectures at Oxford. pic.twitter.com/sXGnpU1KWQ

“Five years ago, I was shot in an attempt to stop me from speaking out for girls’ education. Today, I attend my first lectures at Oxford,” she wrote on Twitter.

The new student was also sent off with a heartwarming message from her brother, Khushal, who told Yousafzai: “I am proud of you and I will miss you a lot.”

It’s been a journey with ups and downs but you stayed strong. I am proud of you and I will miss you a lot. Good Luck with oxford💪🏽. pic.twitter.com/RPxXLaBaok

In 2012, Yousafzai was shot in the head and neck in an assassination attempt by Taliban gunmen on the way home from school, after speaking out about girls’ rights to attend school.

Her story led to an international outpouring of support, and she was transferred to Birmingham, England for lifesaving treatment.

The then-teen went on to make a full recovery, and has continued to campaign for young women’s access to education ever since.

This year Yousafzai was named the youngest ever United Nations Messenger of Peace – the highest honour that can be bestowed by the UN secretary-general.

“I promise to ​keep fighting​ until the day that every girl can put on her uniform, pack up her books and walk to school without fear,” she wrote in a blog post earlier this year.