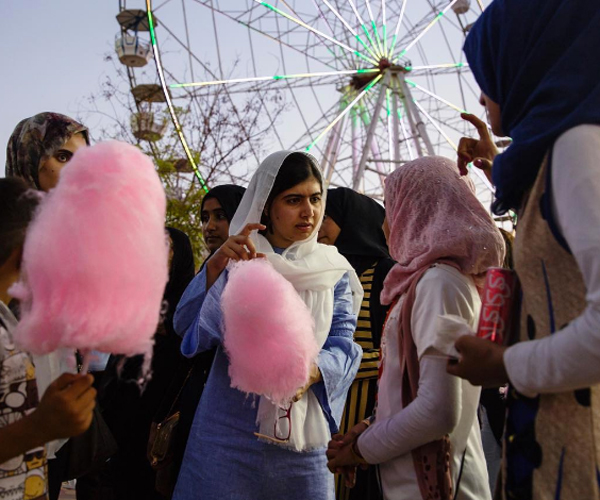 Turning 20 at the fun fair seems like a great day out for any birthday girl – but Malala Yousafzai isn’t any girl.

The 2014 Nobel Peace prize winner, and passionate activist for female education, jetted out to Iraq to ring in a new year – and help spread her important message in the process.

Yousafzai, who was just 14 when she was shot in the head by Taliban gunmen for speaking out about girls’ rights to attend school, met with displaced students as part of her global “girl power” trip.

Happy birthday, Malala! #GirlPowerTrip is back! Malala is in Iraq meeting girls forced out of school by violence in Mosul and other towns. Now free, they celebrated Malala’s birthday with bumper cars and cotton candy. Link in bio. Swipe ⬅️ [📸: @malinfezehai ]

The Pakistani UN Messenger of Peace spent her birthday on fairground rides and sharing cotton candy with girls who had been forced out of school during ISIS’ control of Mosul.

Her visit came just days after the city was liberated by the Iraq army – and days after she took her final high school exam in the UK.

“I want to ensure that there are more girls that can speak up and stand with me, because there’s nothing special in me…[I don’t] have some kind of special ability or talent,” Yousafzai told TIME. 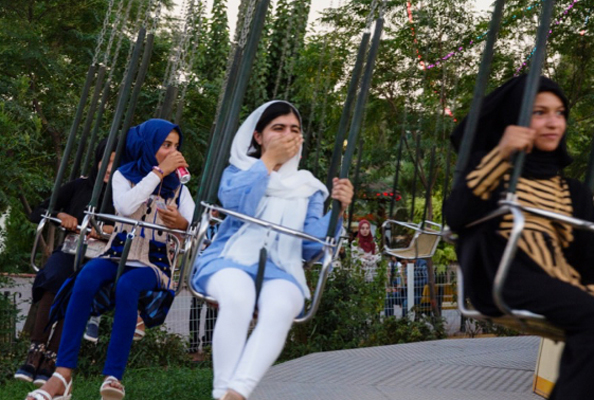 “We need to encourage girls that their voice matters. I think there are hundreds and thousands of Malalas out there.”

The 20-year-old, who looks set to study at Oxford University if her grades meet a conditional offer, is spending her summer before college meeting with young girls around the world.

Her Girl Power Trip, which will take in visit across North America, Latin America, the Middle East, Europe and Africa, aims to shine a light on children and teens forced out of education by war and violence.

It’s Malala’s last day of school! She says, “I promise to ​keep fighting​ until the day that every girl can put on her uniform, pack up her books and walk to school without fear.” [Link in bio]

Read:
Why The Rich Kids Of Saudi Are Grabbing The World’s Attention
Malala Yousafzai Is The Youngest Ever UN Messenger Of Peace

While in Iraq, Yousafzai visited a camp for Mosul evacuees where she met Nayir, a teen who was unable to attend school for three years under ISIS occupation.

On her birthday, Malala’s visiting a camp in Iraq for Mosul evacuees. Here she met Nayir, a 13 year-old girl who endured ISIS occupation before escaping with her family. She couldn’t go to school for the last three years. When she arrived at the camp, she was determined to continue her education. “No matter what, nothing will keep me from finishing my studies.” — Nayir

“Her family fled the city in April, when her father was captured by ISIS. They haven’t heard from him since,” Yousafzai wrote on her blog.

“But Nayir knows that education is her best chance for a better future. After all she has suffered, she described the feeling of returning to school: ‘it was as if all my hopes came back.’ I know how Nayir feels.”

Yousafzai, who established the Malala Fund to help ensure girls around the world get access to 12 years of education, will now continue her on-the-ground global mission until September.

This summer Malala’s on her #GirlPowerTrip to meet girls around the world. 500 girls from more than 50 countries sent her postcards — and she responded! Link in bio

“While I’m in Iraq, I will meet many girls who share my story. These girls — Iraqi, Kurdish, Christian, Yazidi, Syrian — have all suffered violence and fear in their young lives,” she wrote.

“We should not ask children forced to flee their homes to also give up their education and their dreams. We cannot allow girls like Nayir to fight alone.”