The world mourned the passing away of a very talented designer, Virgin Abloh, Louis Vuitton’s artistic director for menswear in November 2021.

As his legacy continues, Paris Fashion Week unveiled Louis Vuitton’s Fall/Winter 2022 collection on the runway, which marked the late designer’s final collection for the house.

It was a heartfelt moment for many as it paid an archive-honouring tribute with memorable pieces that graced the catwalk. The elements that Virgil stood for were closely seen on the runway. From playful youthfulness to infusing a street-style aura, the show was a surreal sight for all.

By infusing key hallmarks of the house, the collection showcased tailored suits, LV floral motifs, luxe crystal jewellery and other aspects that took the audience back in time. As an ode to his role in the industry, the show witnessed a soulful orchestra performance, acrobats and some models who walk with bouquets as a remembrance to his lifelong legacy.

Naomi Campbell, a friend and collaborator of Virgil also closed the show as a tribute to him as his undeniable presence is missed by all.

Known for his immense contribution to the world of fashion, this legendary designer created an aesthetic amalgamation of streetwear and luxury style, unlike many before.

Back in 2018, Virgil was given the title of artistic director of Louis Vuitton’s menswear collection. His first collection was then presented at Paris Fashion Week, after which he continued to work for Louis Vuitton and Off-White, amid the health-related challenges. 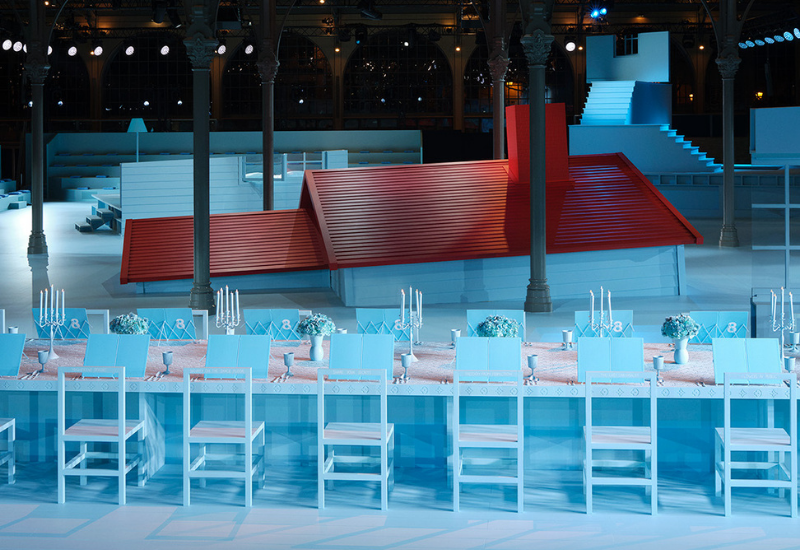 The 41-year-old had been battling a “rare, aggressive form of cancer” called cardiac angiosarcoma for the past two years and despite undergoing several treatments, his death was announced in a statement released on his personal Instagram feed by his family.