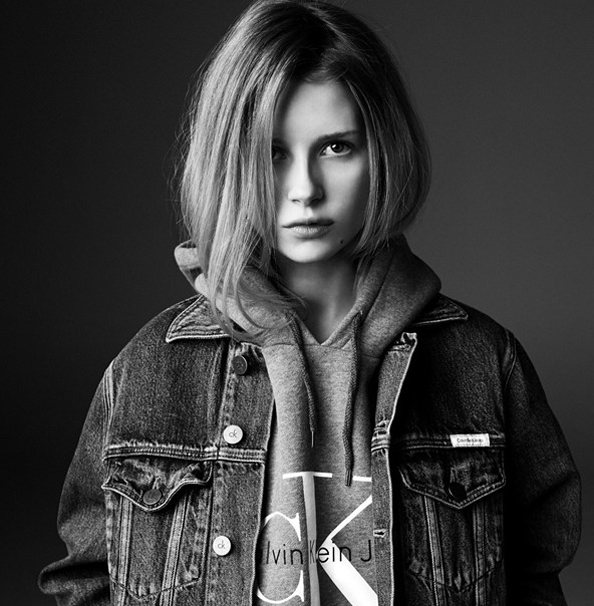 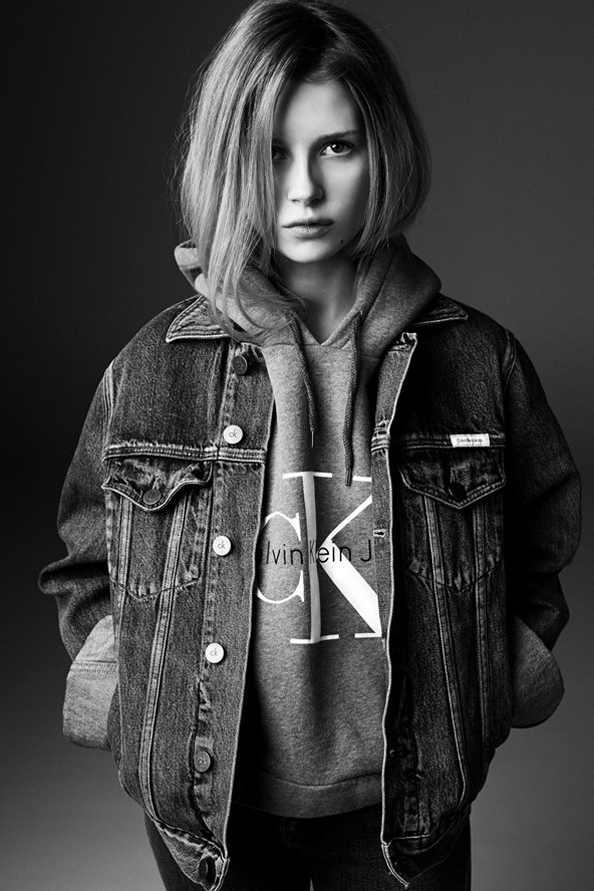 Not many models could have the great Kate Moss shaking in her boots, but the supermodel’s younger sister Lottie may be poised to take her crown, having just starred in her own fashion campaign for Calvin Klein Jeans.

Sixteen-year-old Lottie, who is the half-sister of Kate Moss, has recreated iconic portraits for the American fashion label, posing in a series of black and white looks that mimic the classic nineties campaigns, which starred her supermodel sibling. 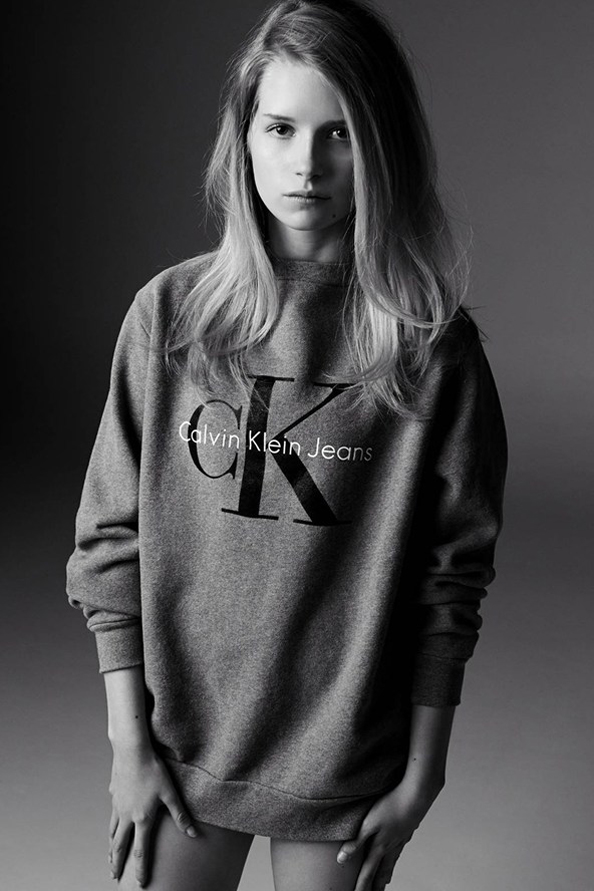 The model genes are strong in the Moss family

The images were created to showcase the label’s latest collaboration with online shopping website mytheresa.com which consists of eight re-launched pieces from the CK Jeans archive, including the Kate Moss boyfriend-style jeans and the Brooke Shields skinny jean. Shot by Michael Avedon, the grandson of Richard Avedon, who also photographed many campaigns in the 1990s for Calvin Klein, the pictures feature Lottie in a range of CK wear posing casually for the camera. 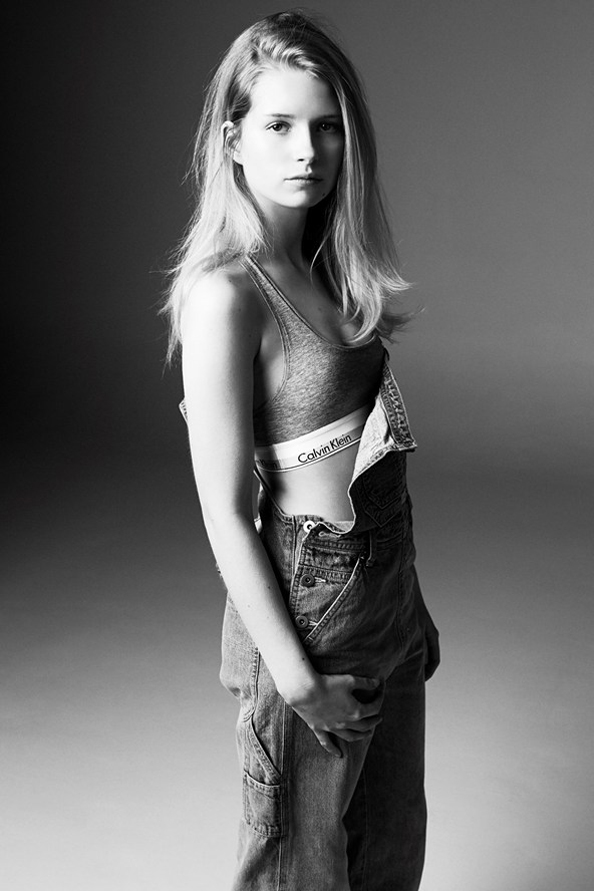 For Avedon, shooting the youngest Moss was a great pleasure, commenting: “Lottie truly represents the essence of the Calvin Klein girl. Intriguing innocence with utter beauty – it was wonderful to photograph this beautiful young lady.” Taken on by Storm Models at the age of 13 – a year younger than her older sister was discovered – Lottie has remained relatively quiet on the public scene for the past few years. While she may have popped up on the odd front row with Kate at several Topshop collections and events, this campaign will mark her first foray into high-fashion.

Thrilled with the results, the mytheresa.com’s buying director and style icon himself, Justin O’Shea, said: “For me there is one brand which epitomises clean American sportswear and denim – Calvin Klein Jeans. We at mytheresa.com have seen a huge resurgence in fashion towards the aesthetic which Calvin Klein Jeans pioneered, which led to us collaborating with the brand.” We bet mini Moss has a very fashionable future ahead of her. 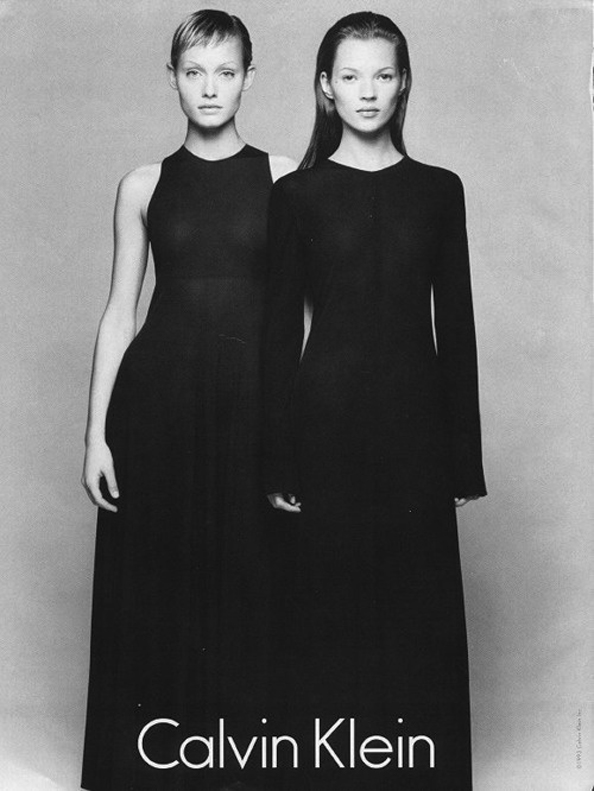 Kate Moss in one of her many early Calvin Klein ads