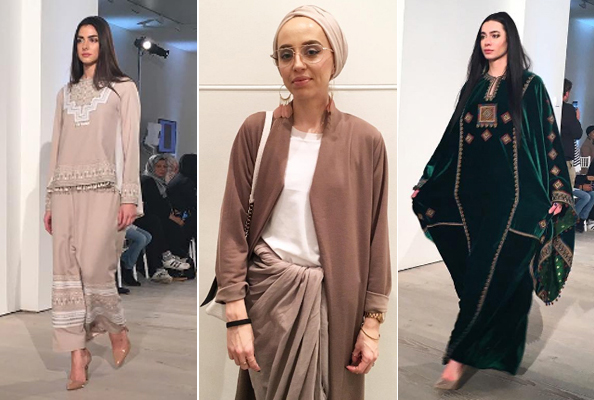 First Anniesa Hasibuan sent out immigrant models in hijabs at her New York show, and now modesty fashion is getting a spotlight at London Fashion Week too.

Between February 18 and 19, the show welcomed more than 40 global brands to the catwalk, with designers displaying their Islam-appropriate collections.

The event was organised by modest fashion e-tailer Haute Elan, and wasn’t just for Muslim customers – anyone who wanted to wear more covered looks could come along.

London Modest Fashion Week was open to the public, with pop-up stores, runway shows, talks and workshops all on offer.

Hijabi blogger Dina Tokio agreed, telling Blogosphere magazine that the concept of LMFW was “so exciting”.

“I feel like brands are coming on board with diversity now and I think that it’s down to social media and how much talent there is out there,” she said.

“I want to show that you can coincide faith with fashion and that there are Muslim women who actually represent that.”