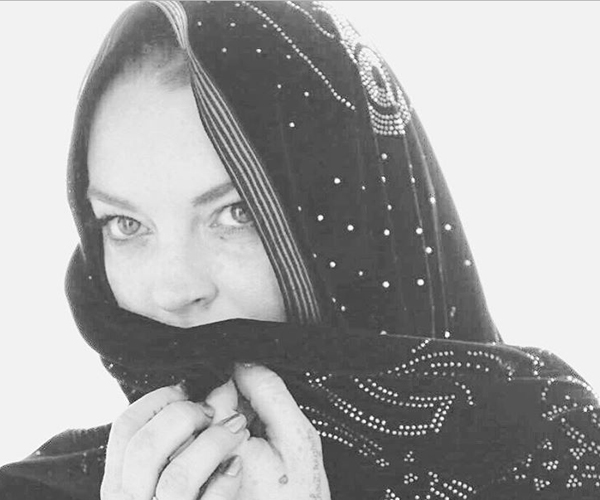 The star has previously tried fasting during Ramadan, so will she be fasting again this year?

Lindsay Lohan has shared a Ramadan message to mark the beginning of the Holy Month, following months of speculation about her own interest in the Islamic faith.

The 30-year-old actress, who attended the amfAR Gala in Cannes, France last week, posted a photo of herself (and a mystery gentleman) in what appears to be a hotel room.

She captioned the image with a single hashtag, wishing her followers a “happy Ramadan”.

Lohan, who relocated to Dubai last year, previously revealed she has dabbled in fasting during the Holy Month, and admitted the process was tough.

“I did Ramadan for three days with my friend from Kuwait – it was hard but it was good. It felt good,” the 30-year-old told YouTube host Shoaib Rashid in an interview earlier this year.

The Mean Girls actress also told the Kuwaiti-based Arab language show Swar Shoaib she’s studied around 15 pages of the Holy Book. and has even practised writing some of the verses in Arabic.

“I also listen to the Quran on my phone, I have an app,” Lohan revealed.

The star said reading the Quran makes her feel “calm”, adding it’s “a solace and a safe thing for me to have”.

In 2015, the actress was photographed carrying a copy of the text, sparking rumours she had converted to Islam.

While Lohan’s reps have denied this, the actress herself said earlier this year “nothing is confirmed yet”, but “it’s a consideration I have”.