Lindsay Lohan May Be Converting To Islam

Her whole career has been overshadowed due to her less than savoury personal life, which has seen her endure stints in rehab, but it seems actress and singer Lindsay Lohan is changing her life around as the star announced she is converting to Islam.

Lindsay Lohan, who is rumoured to be dating Russian-born heir Egor Tarabasov (who is not Muslim) is said to be converting to Islam after exploring a curiosity with the religion.

It was only a year ago that the Mean Girls actress was spotted carrying a Quran as she left court-ordered community service at a children’s centre in Brooklyn. At the time her spokesperson revealed that Lohan had “a keen interest in the Arabic culture of late.” 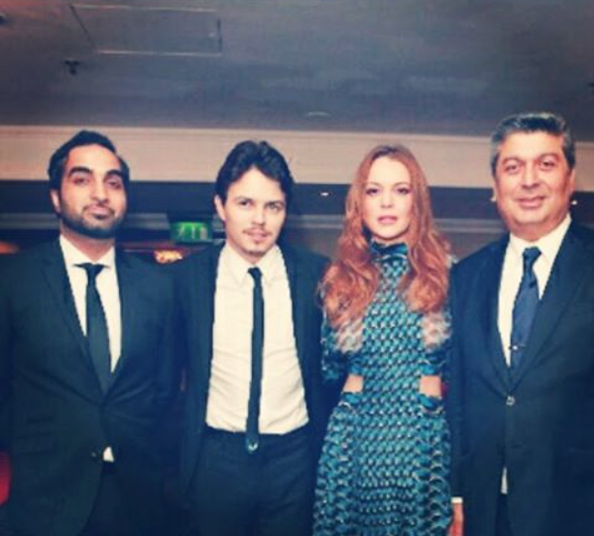 The star’s interest was peaked after holidaying in the UAE, with her spokesperson revealing: “She also spent some time in Dubai earlier this year and became interested in their way of life.”

Finally, speaking up about her interests Lohan, who was raised Catholic, told British tabloid, The Sun: “I’m a very spiritual person and I’m really open to learning. America has portrayed holding a Quran in such a different way to what it actually is.”

While Lohan’s younger sister Ali has converted to Buddhism and Lohan herself has had an interest in Kabbalah – during the Hollywood craze she was spotted wearing the red bracelet associated with the religion – it seems Islam is what she feels is right for her. She said: “We all believe in something and at the end of the day it all ties to a god or a spiritual adviser… It’s good to be open-minded.”

Talking about reading the Holy Book, she added: “I’m not done reading it. Do you know how long that would take? It takes so long.”

Verily, those who believe and do righteous good deeds, for them will be Gardens under which rivers flow (Paradise). That is the great success.
85:11

Citing the religion helps clam her down, Lindsay Lohan has even been sharing quotes from the Quran on her social media posts.

If the star does convert to Islam, she will not only be changing her religion but we’re certain those skimpy outfits that she so regularly posts on Instagram will also need to change…