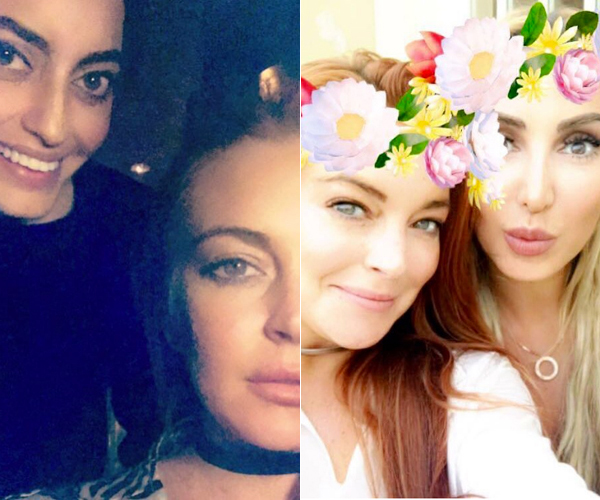 From learning Arabic to visiting Turkish refugee camps, Lindsay Lohan has a close bond with the Middle East.

But it’s closer that we even realised, with the Mean Girls star sneaking in a trip to Dubai in the last week to see friends who reside in the emirate.

The actress has had a hectic few weeks of travel, jetting between Russia, China and Bali recently according to her Instagram.

And while she might currently be in Kuwait for an interview (so her latest social media post says), she managed to squeeze in a few days in the UAE en route from the Indonesian island.

Lohan jetted in several days ago to be reunited with her “best friend” – and Dubai lifestyle blogger – Karen Wazen Bakhazi.

It turns out the actress is even godmother to Wazen’s son George, and the two spent some quality time together.

Re #united with my #godson today with my best friend who is the most beautiful mother!!! @karenwazenb

Read:
Lindsay Lohan Attributes Her New Accent To Learning Arabic
‘This Is Who I Am’ – Lindsay Lohan Speaks Up On Islam Backlash
Lindsay Lohan’s Heartwarming Encounter At A Refugee Camp

The star even spent National Day in the city with Wazen Bakhazi and her family:

Lohan also popped round to the house of make-up artist and entrepreneur Joelle Mardinian, of Maison de Joelle.

“Beauty product and family talk… good vibes with good people,” the actress captioned the snap, in which the two donned Snapchat-filter floral crowns.

Lohan recently revealed she’s about to star in her first film since 2013’s The Canyons.

The actress has signed up for werewolf movie The Shadow Within, which will hit cinemas next year, though details of the plot itself are scant.