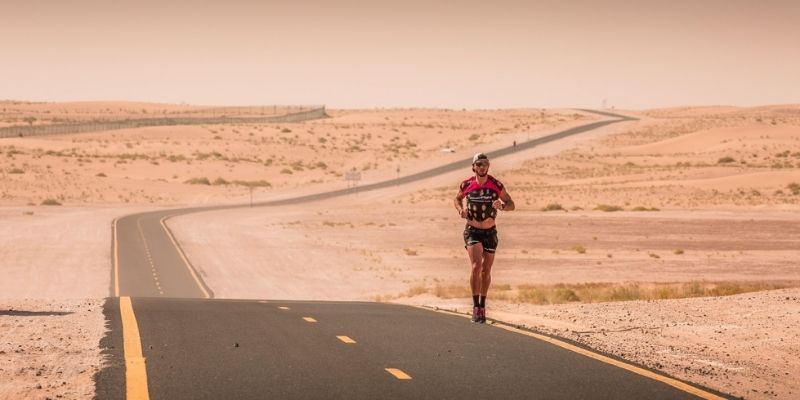 The indefatigable extreme athlete Marcus Smith is only too aware that endurance limits exist only for one reason – to be shattered.

Dubai-based extreme athlete Marcus Smith ran 160km the week before he was diagnosed with COVID-19 in January. When we speak, he is convalescing at home. Homebound he might be, but he’s isn’t slouching on the couch ruing his fate.

Hours before we speak, the performance coach and motivational speaker was on a call with 300 people, rallying them to – much like himself – raise the bar and not to view setbacks as inconsequential speedbumps. He’s a breathing example of what he exhorts. How else could you explain him being hit by a lorry, fighting for his life, and then recovering to run 30 marathons in 30 days?

In 2018, while cycling in Fujairah, the ex-professional rugby player and founder of personal training gym in Dubai, InnerFight, was knocked over by a lorry, and for hours after struggled to stay alive while being transferred from his remote location to the emergency room of a hospital.

An accident that broke his shoulder, seven ribs and punctured his left lung, also left him learning invaluable lessons from the experience. “For three hours I was fighting [for my life]. It taught me to remain present, stay focused and it gave me tools I can use to push my own limits and boundaries.”

And push back hard he did. Nine months after the accident, he ran 30 marathons in 30 days, with the incredible feat even being beamed onto the face of the Burj Khalifa. But those marathons aren’t Smith’s sole achievements. There are several others like the time he ran around a track for 24 hours straight, racking up 206.9km. Or when he completed a triple ascent of Mont Ventoux, the Tour De France’s hardest climb. Or even competing in the Marathon Des Sables, a 250km grueling run across the Sahara, often regarded as the world’s toughest footrace. And then there’s that occasion when Smith cycled 50km, ran 50km, and then cycled another 50km, over eight hours, and in the thick of scorching 54-degree summer heat.

But as he points out, physical health, is just one aspect of what he hopes to promote. A larger, and perhaps more important emphasis of his messaging, is on mental health. “There’s a lot of things that I do in my daily in my daily routine that really focuses on my mental health – from limiting my exposure on social media accounts, to just spending some time of the day on just being rather than doing something.”

Mental health, he says, also shines a spotlight on recovery rather than just endurance. “It’s important that folks talk about recovery. We’re in a world where more is better. We work for 16-18 hours a day. I want to know how many hours you’re able to sleep. What amount of time you’re taking to just relax with loved ones, develop relationships. I look at things holistically,” says Smith.

Part of that mental self-preservation also involved him taking to his website to document his experience of coping with Covid-19, a move he says that helped with his mental health. “I’ve given respect to Covid-19. You don’t have to agree with everything you read about the virus, but you should just respect it. People think that because you’re fit, you shouldn’t be getting sick. But actually, we do get sick because we’re pushing our bodies quite hard, and the impact of that often destroys our immune system.” 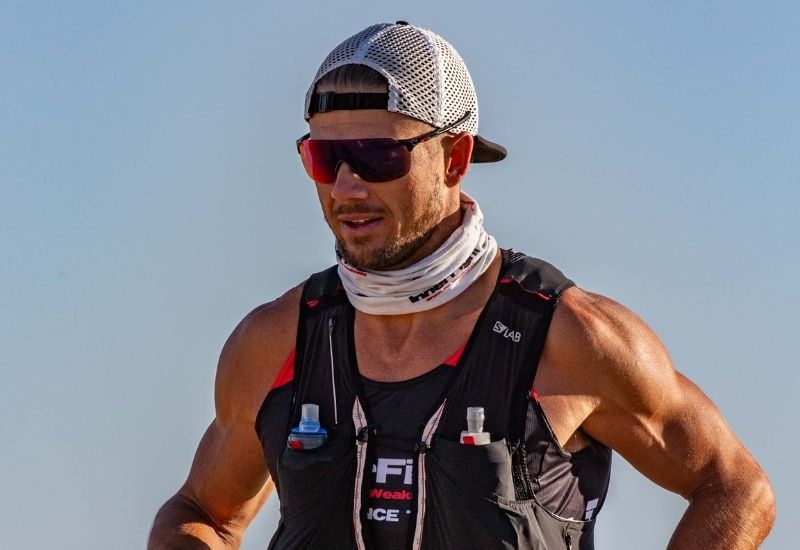 In 2008, Smith started the 5,000-square-foot InnerFight gym in Dubai’s Studio City, with the aim to help people develop better habits and adopt healthier lifestyles. “Because we’re quite a tightknit community, we help people mentally as well emotionally. We have less than 500 members, whereas a normal gym would have 10,000 members at a particular location.”

Crafting a rounded approach to healthy lifestyles, Smith and his wife Holly started a paleo food company too. As he explains, the idea was borne from the fact that when his wife worked as cabin crew, she would suffer from inflammation in her body. Switching to a paleo diet where there was no processed food, sugar, dairy and one which relied on natural ingredients helped her immensely, prompting them to start a small-batch food company that served the paleo diet. “We deliver to people around the UAE, We also have a small café within the gym,” says Smith.

International expansion of the InnerFight is on the cards. As he explains, there are already customers in five countries – Ireland, England, Australia, New Zealand in America – who currently train remotely. While he might not have plans to open up just immediately in Saudi Arabia – a country where two-thirds of its population is under 30 – he says that he would like to undertake some endurance feats within the kingdom.

This year, Smith was also appointed as the newest ambassador for British independent watchmaker Bremont. The brand first came upon his radar over a decade ago when he was involved with rugby clubs in the UAE. “When I started talking to Bremont, they were talking about a two-four year partnership. That’s a brand that actually wants to do something meaningful.”

It was also the Henley-on-Thames headquartered watch company’s tagline of ‘Tested Beyond Endurance’ which Smith identified with and resulted in a partnership between the two. “Every endurance athlete understands the importance of having reliable equipment in the most hostile and unforgiving conditions, and there is no doubt that Bremont watches demonstrate the very best of British engineering and design,” Smith says.

Nick English, co-founder at Bremont, when speaking about the partnership with Smith adds, “He is an extraordinary man with an incredible aptitude for endurance challenges. As a brand we are so proud to work with our ambassadors to put our watches to the test in a multitude of unusual and testing environments and we look forward to seeing what is next for this unstoppable athlete.”

This year, the unstoppable Smith is planning to complete a 300km run crossing of the Hajar mountain range, beginning their run from the top of Jebel Jais and running all the way to the InnerFight gym. In June, he will also be participating the Ultra X World Championship where athletes will run 250km in 5 days. Smith – expectedly – remains unfazed.