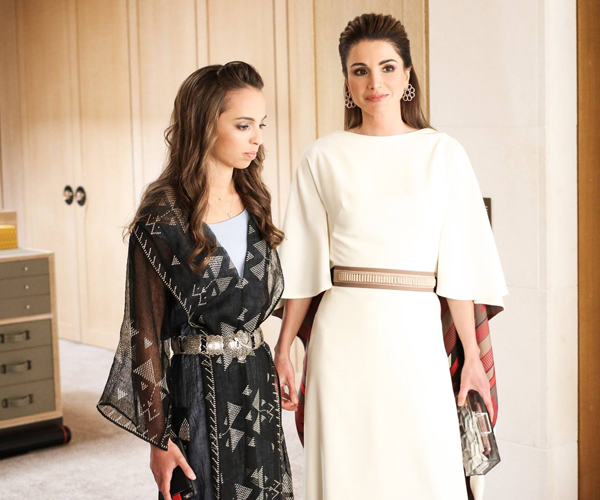 Queen Rania Al-Abdullah of Jordan might have a diary packed with royal engagements, but she still managed to fit in some quality bonding time with her youngest daughter, Princess Salma, while celebrating her country’s 71st Independence Day.

Attending the national day celebrations at Raghadan Palace in Amman, the royal stunned in a flowing cream gown, complete with a dramatic cape featuring bold lining.

She walked the red carpet with her youngest daughter, 16-year-old Princess Salma, who was the mirror image of her mother in an embroidered black kaftan, wearing her chestnut tresses in loose waves.

Read more:
Queen Rania Has Won A Humanitarian Award For Her Work With Refugees
Queen Rania Puts On Her Hiking Boots And Walks The Jordan Trail

A series of sweet photos posted to social media show the pair getting ready for the event together, with Queen Rania putting on her daughter’s makeup, before posing for a quick snap. 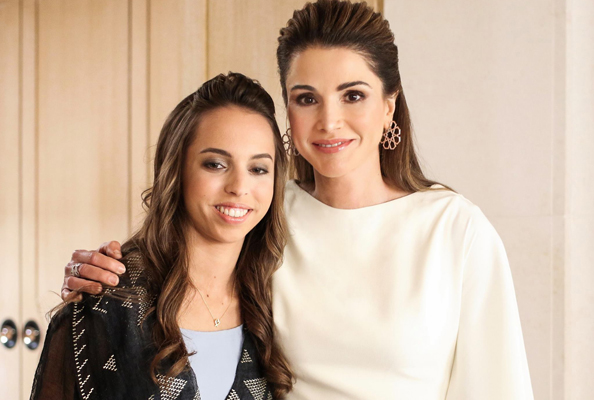 The fun continued at the official event, as the duo used the social media-savvy queen’s phone to take a 360-degree photo of the celebrations. 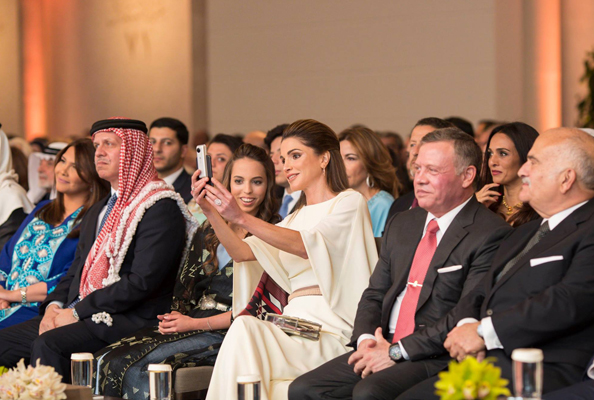 (And the result was pretty impressive…)

Fortunately, Princess Salma was on hand to help her mother with an apparent earring malfunction. 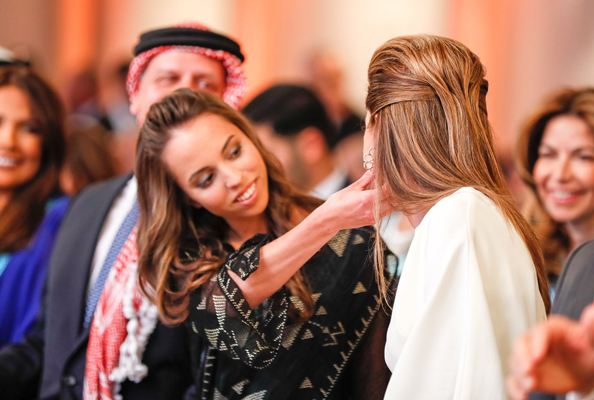 Before the pair decided they’d better let King Abdullah II join them for a photo. 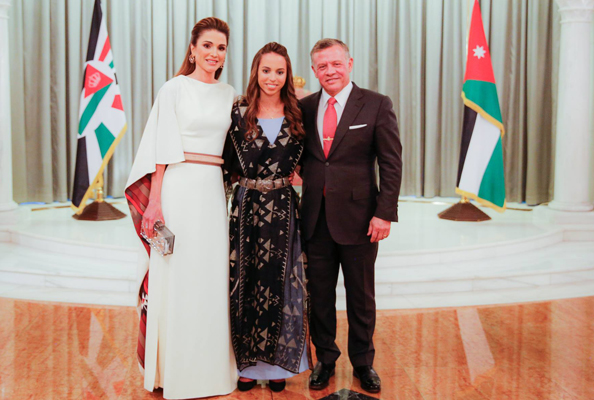