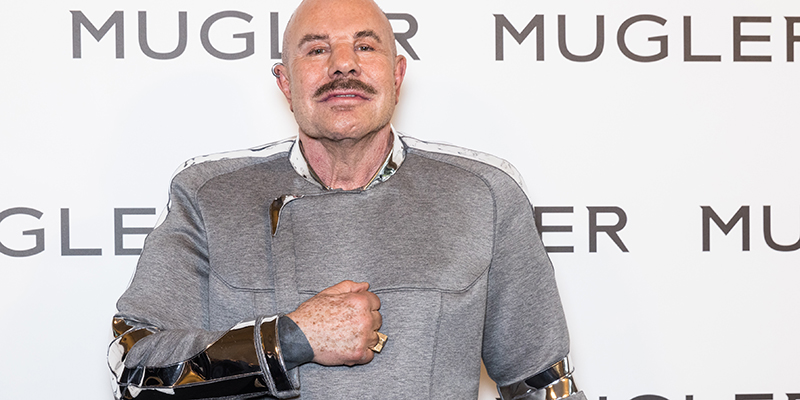 The fashion world is mourning the loss of another icon.

“We are devastated to announce the passing of Mr Manfred Thierry Mugler on Sunday, January 23rd 2022,” the caption of the post read.

After founding his eponymous label in the 1970s, the couturier became a household name in the fashion industry known for his sharply-tailored designs inspired by the glamour of the 1940s.

Whilst a prominent name in fashion throughout the 1970s and 1980s, Mugler became well-known for its fragrances in the 1990s, particularly after the launch of the iconic Angel perfume.

After nearly three decades in the industry in 2002, the designer opted to step back from fashion and the ready-to-wear section of the house of Mugler was shut down by the brand’s parent company Clarins.

I will miss you Thierry Mugler this was a wonderful time in our lives pic.twitter.com/Z3ggaVjK2D

At the time, Thierry himself said of his departure from fashion said it “wasn’t enough”.

“Fashion is beautiful, 3-D art on a human being,” he said. “But it wasn’t enough, which is why I went on to create in other ways. For me, it wasn’t the right tool anymore. But perfume still interests me.”

After a few years away from the limelight, Thierry returned to fashion in an advisory capacity to Beyoncé, creating the costumes for her iconic ‘I Am… World Tour’.

According to AFP, the late designer’s agent confirmed he died of “natural causes”.