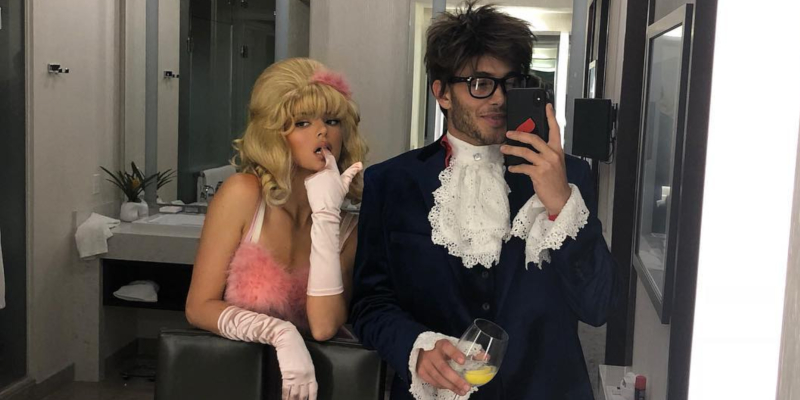 Kendall Jenner and her sisters are some of the most followed people on Instagram. So, it comes as no surprise when people notice little details in their photos, like this mystery man who is suddenly all over the model’s social media. The mystery man is Fai Khadra and if he looks familiar, it will be because he was previously photographed with Hailey Bieber and Bella Hadid.

In comparison to her sisters, Kendall leads a very private life, and doesn’t share much about her romantic life on her family’s reality series Keeping Up With The Kardashians. However, she has been recently linked to Fai, after she posted a series of pictures of them together at Coachella. Even though the handsome model/singer may seem like a fresh face, he runs in the same circle as Hollywood’s socialites.

The 27-year-old made it onto Kendall’s Instagram before, when she shared pictures of them on Halloween last year. The model shared three mirror selfies of the pair with their costumes, which were inspired by the Austin Powers films.

So who is Fai? After some research, it was revealed that he is of Arab roots. He was born in Saudi Arabia to Palestinian parents, and has lived for a while in Dubai. Moreover, his mother owns The Art of Living boutique in Riyadh, while his father is a successful art collector. Also, his twin sisters, DJ du0 Simi and Haze Khadra are close friends with Kylie Jenner and have been attending fashion week since they were 14 years old.

He has previously modelled for brands like Moncler and Louis Vuitton; however, it seems like music is his passion, as evident by his Instagram bio, which reads: “In music we trust.” His former relationships include Victoria’s Secret model, Devon Windsor, whom he dated back in 2014 but they split a year later. Moreover, Fai was linked to linked to Rita Ora, Kourtney Kardashian and Bella Hadid, and has been spotted holding hands with Jordyn Woods.