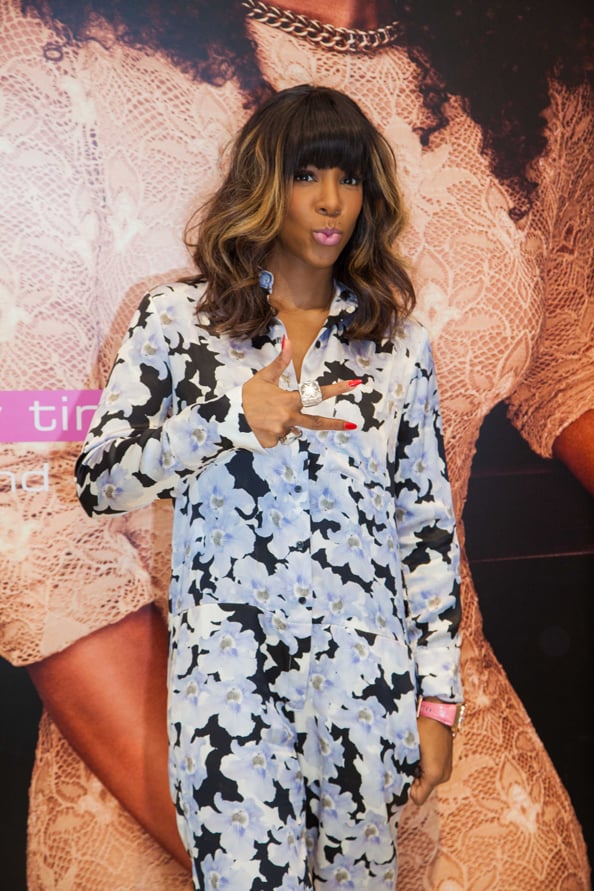 When Emirates Woman heard that one of the early purveyors of girl-power, Kelly Rowland, was in town, we had to catch up with her. In between her hectic schedule of promoting TW Steel watches and singing at the Airshow Gala, she sat down with us to talk plastic surgery, mentoring the next generation of pop star, and breaking-down on stage.

Pausing for a moment to carefully consider the question, Kelly Rowland takes her time before leaning forward, saying: “I’d tell myself to leave fear behind.” This isn’t the kind of response you’d expect when asking the über-confident singer what she wished she could say to her younger self. But then, neither are the remarkably vulnerable lyrics in her latest album, Talk A Good Game.

This seems like a new era for Kelly where, rather than portraying a fierce, confident woman through her music, she reveals a more sensitive side. “It was Dream [the singer-songwriter who penned a song on the album] who really wanted to pull it all out,” she said. “I remember sitting there and having a long conversation with him about how life turns into relationships and relationships turn into future. While I was telling him specific stories about my life, he was thinking about them in melody form.”

These conversations with Dream resulted in the single Dirty Laundry, in which Kelly talks candidly about an abusive relationship and feeling jealous of Beyonce’s success. “It was definitely a kind of therapy when I first sang it,” she explains, looking as though she remembers that first time well. “I first sang it for about two hours and I couldn’t stop crying.”

Since then, Kelly has broken down on stage during a live performance of the song, and says that this has encouraged fans to come forward with their problems. “I think that’s been the most beautiful thing about me airing my dirty laundry,” says Kelly. “It’s about other people feeling like they want to get theirs off their chests as well.”

As one third of one of the most successful girl groups in history, a second stint as an X Factor judge, and a long-standing gig as brand ambassador for watch brand TW Steel, you’d think her life was smooth sailing. But Kelly has had a rocky journey to get where she is today.

The singer was abandoned by her father and, after her mother struggled to cope, was mostly brought up by Beyonce’s family. Later, in her early twenties, she broke off a very public engagement with footballer Roy Williams. The details of both incidents, as well as the turbulent Destiny’s Child years, have been well documented in the press. However, she insists that having her private life discussed doesn’t upset her. “I really don’t pay attention to what people say,” she says adamantly.

It’s this self-assured attitude that has made her a favourite judge on The X Factor USA, and previously The X Factor UK. The animated way she talks about the contestants shows how much she cares for their wellbeing. “You see them lose control for a second, but they can’t really lose control because they have to stay professional, and they have to stay happy, and the cameras are in their faces… it’s too much! Too much,” she reiterates. “I really admire them because I had years of growing up, years of growing into who I am and what I want to sing. All those things happened gradually.”

And it seems that this slow evolution is something that Kelly values. She talks to us about how she used to feel insecure about her body, and had breast implants to boost her confidence – a decision that she spent 10 years mulling over. “We live in such a microwave society and people want things done overnight,” she says. “Love at least one thing about your body before you go changing everything up. I learned that from Jenette Jenkins [her fitness trainer].”

That’s the thing about Kelly – she’s always learning from other people and trying to better herself. Walking through Mall Of The Emirates to promote TW Steel’s collection at Hour Choice, she displays a genuine confidence that seems new. Though she became one of the poster-girls for modern feminism at an early age, spreading messages of girl-power across the airwaves, this stripped back version of Kelly seems to show that she’s finally grown into the person she used to sing about: an independent woman and a survivor.

Kelly Rowland is a brand ambassador for Rivoli Group’s watch brand TW Steel. The oversized luxury watches are available in Hour Choice in Mall Of The Emirates.