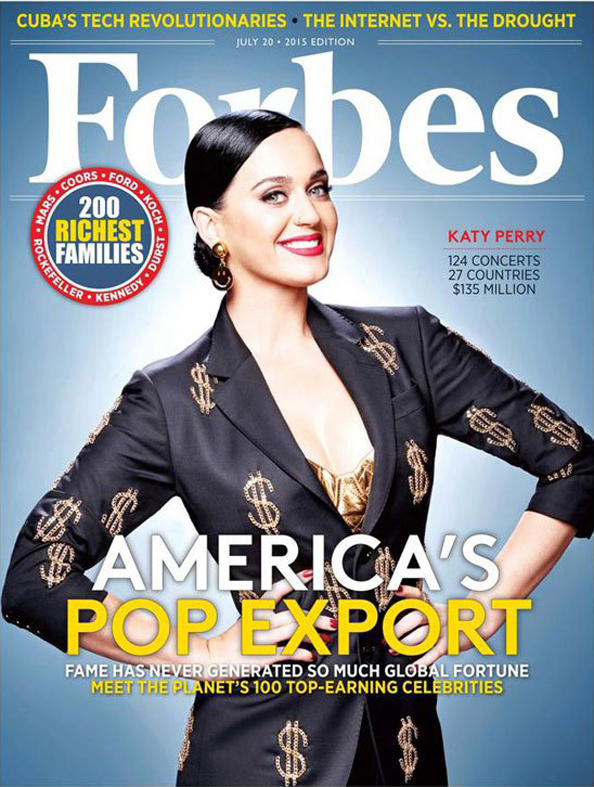 Take that Taylor Swift. Katy Perry has usurped her pop rival being named in the top three of the latest Forbes rich List.

In fact, not only did the Roar singer come in at an impressive third place but she was also the star of the cover for Forbes’ 16th Annual Celebrity 100 List.

Katy Perry was beaten to the top spot by boxers Floyd Mayweather (No.1 with US$300 million earnings) Manny Pacquiao (No. 2 with US$160 million). The results couldn’t have come at a better time for the singer who has been receiving some unfortunate press ever since Taylor Swift’s Bad Blood hit the charts with a sensational video starring the who’s who of celebdom.

Katy’s earning, which came in at US$135 million has been largely credited to her touring gigs, with Forbes saying: “The international touring business has changed dramatically over the past ten years. Of the 124 shows Perry played during the last year 75 of them took place abroad, spanning 27 different countries and four continents.”

Sadly only 16 women made the Global Celebrity 100 list of the 100 highest-earning entertainers and only Katy and Taylor made it into the top 10. Taylor’s earnings are at an impressive US$8o million (all pretax).

Forbes said of their ranking procedure: “Given the profound changes in the entertainment world, we decided to change our methodology a bit this time around. For the first time, we made the list truly international: instead of using U.S.-centric power metrics, we’re simply ranking the world’s 100 highest-paid celebrities, regardless of nationality.”

Adding: “Our list measures money earned from June 1, 2014 to June 1, 2015 before subtracting management fees and taxes; figures are based on data from Nielsen, Pollstar, Box Office Mojo and IMDB, as well as interviews with agents, managers, lawyers—and many of the stars themselves.”

Katy said of her high ranking position: ““I am proud of my position as a boss, as a person that runs my own company.”

The rich list was a damning insight into the inequality in Hollywood. Despite being one of the highest earning actresses in the film industry, Jennifer Lawrence only ranked in 34th place (US$52 million earnings) and fellow actress Scarlett Johansson saw her US$35.5 million earnings place her in at 65th on the list. Meanwhile actor Robert Downey Jr was joint eighth with Taylor Swift with US$80 million earnings. 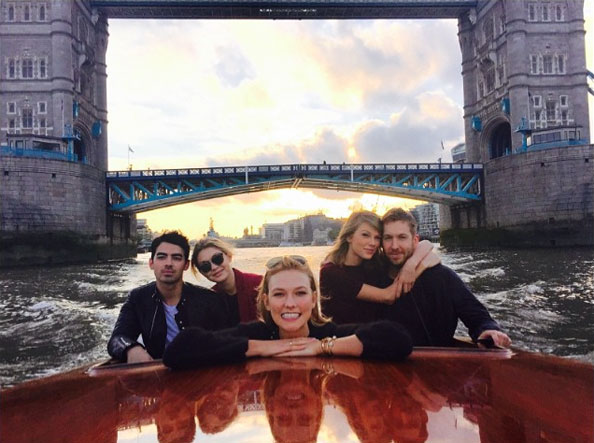