Karl Lagerfeld Closes His Show With A Pregnant Ashleigh Good 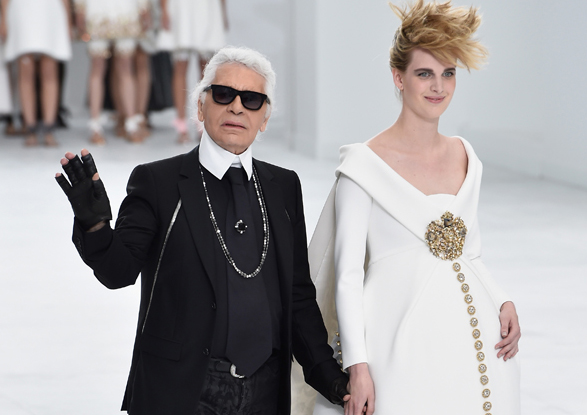 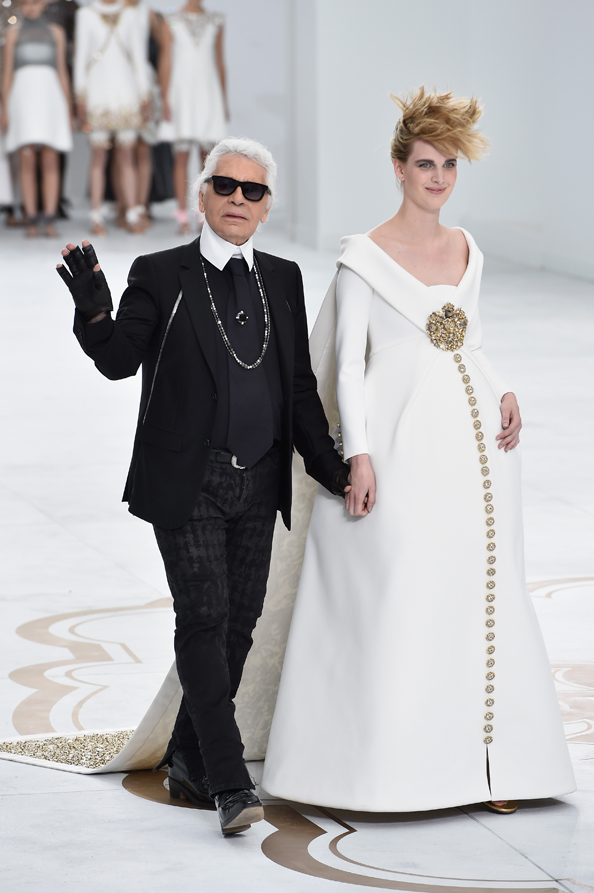 It’s always one of the most hotly anticipated shows of couture week attracting a pilgrimage of fashion devotees and celebrities alike, so when Karl Lagerfeld puts on a show the world expects something different. This time his unique touch can in the form of a bump. A baby bump to be precise, belonging to model Ashleigh Good who closed the show in a breathtaking Baroque-inspired wedding gown.

The dress, which was made of neoprene (a synthetic rubber that is often used in the making of diving suits), featured an empire-neck and gold detailing. Neoprene, which is known in the industry for holding its shape and creating structure and statement curves, was described by Lagerfeld as: “Couture without the couture, the same material in duchesse satin would look dowdy.” In past years to create such shapes would have required classic techniques such as boning and seaming, so to see couture moving away from such contraptions is an interesting step for the world of couture.

Worn by 22 year-old model Ashleigh Good, who is reported to be in her third trimester, the model strutted down the catwalk in the Grand Palais keeping one hand on her belly like any protective mother. In a later interview Lagerfeld spoke of his love for pregnant women and how he admired their nobility. The stunt, which was concocted by Lagerfeld and Good, who has become a part of the Chanel family after walking the shows for the past nine seasons, has opened up a whole new discussion about the ideals of beauty.

The rest of the show saw other pieces all following the Baroque inspiration with new and unexpected materials. Lagerfeld admits he got his inspiration for the shapes and clothes from Swiss-French architect Le Corbusier’s Paris apartment where a mirror hung over a surreal outdoor fireplace. The show also saw a first for 18-year-old Kardashian family member, Kendall Jenner, who made her couture debut in a tartan maxi-dress with long feathery sleeves, a cross body bag, flat sandals and a Mohawk with a sequin hat at the back of her head to top it all off.