Dubai’s a pretty progressive city, and a just-announced new development on Sheikh Zayed Road is proof of that.

Jumeirah Central is a soon-to-be new district that will take up a whopping 47 million square feet, announced H.H. Sheikh Mohammed bin Rashid Al Maktoum, Vice President and Prime Minister of the UAE and Ruler of Dubai, on Saturday.

The upcoming development looks set to echo Sheikh Mohammed’s vision for a ‘smart’ city, and includes a range of environmentally-friendly transport options and facilities.

Among those will be aerial gondolas, a cable car-esque mode of transport that takes you from A to B. They can be seen in the top of the picture below. 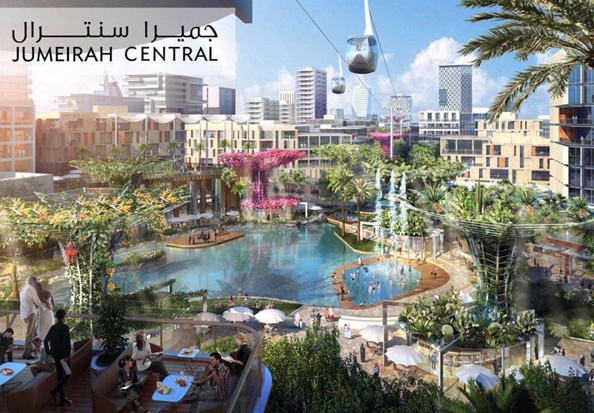 If public transport’s not your thing, you can make use of the district’s cycling network, which will span more than 33 open parks and spaces. 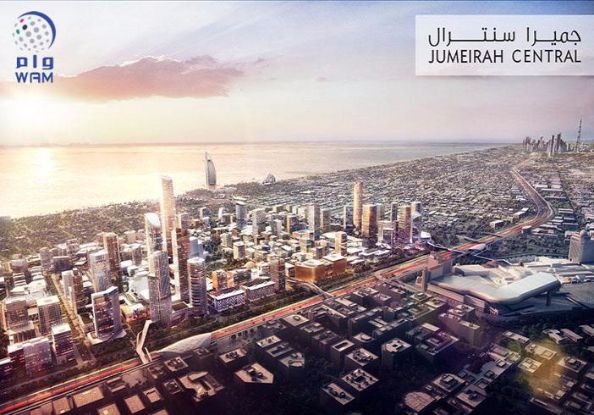 Jumeirah Central as seen from above.

Around half of the district will be open space, with 1 million square feet being undercover and climate controlled.

On top of all that, the new district will contain 7,200 hotel rooms – the largest number of hotel rooms centred in one district.

A completion date for Jumeirah Central is yet to be set, but construction is slated to start within the next few months.

Speaking about the development, Sheikh Mohammed said: “Jumeirah Central is a clear milestone in our journey towards building the city of the future and the creation of engaged and happy communities.

“We will not stop investing in our economy, and these projects are tools to expedite that journey of growth.

“We are confident in the strength of our economy and are optimistic for the future of our nation. To that end, our vision will continuously evolve and expand.”