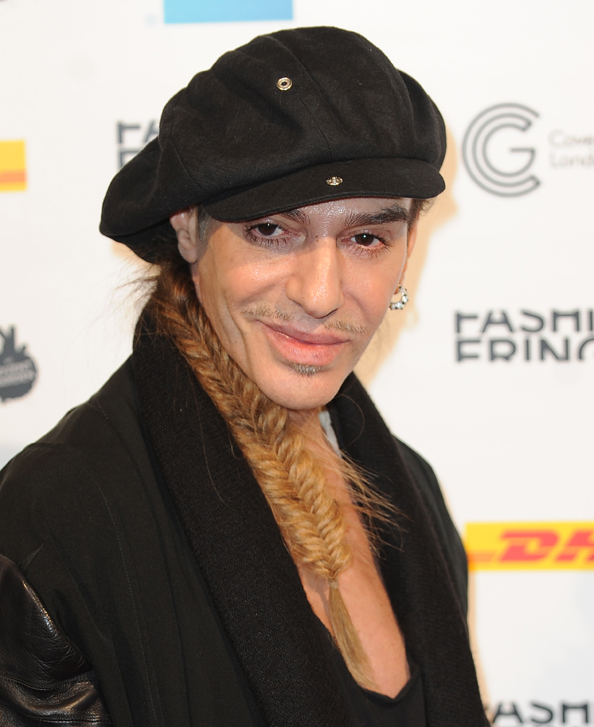 Three years after his 2011 dismissal from Dior for an anti-Semitic and racist outburst, high-profile British fashion designer John Galliano has reportedly landed his first long-term role since the incident and will be joining L’Etoile, Russia’s biggest perfume and cosmetic retailer.

The exact details of the position are still to be revealed according to his New York-based publicist Liz Rosenberg, but she did confirm that he has already been consulting for the company for a few months.

The story first broke in the Russian newspaper Kommersant, after a cryptic banner appeared on the L’Etoile website. Designed as an old-fashioned newspaper headline it announced, excitedly “John Is Back!” This initially fuelled speculation that Galliano might be taking on the Creative Director role, but Rosenberg’s statement declared otherwise.

Galliano become tabloid fodder after a scandalous video footage went viral in which he had a hate-filled exchange with a woman in a Paris café. During one of his rants he infamously uttered: “I love Hilter”. This was not the first controversial incident the designer had become embroiled in. Police had also been called to his local hangout La Perle four days earlier – he had been reported for verbally attacking a couple with anti-Semitic and racist slurs. Hate speech is a criminal offence in France and, as a result, he was fired from his own namesake label as well as his US$5-million-a-year Creative Director position at Christian Dior Couture with Sidney Toledano the Chairman and CEO saying: “We unequivocally condemn the statements made by John Galliano, which are a total contradiction to the longstanding core values of Christian Dior.”

Galliano went on to spend some time in rehab, blaming his addiction to alcohol for his anti-social behaviour. Following his fall from grace, many friends and fellow designers have sought to lend Galliano a helping hand. Supermodel Kate Moss asked him to design her wedding dress only a few weeks after he’d entered rehab. He later told Vanity Fair the request was an instrumental part of his recovery, stating: “Creating Kate’s wedding dress saved me personally because it was my creative rehab. She dared me to be me again.”

Design legend Oscar de la Renta also took on Galliano for a month-long residency at his studio, saying: “I very strongly felt that when people fall, you should try to lift them up. I think everyone in life deserves a second chance.”

There is no denying Galliano still has a lot to offer the design world, and his knowledge and expertise of the fashion and beauty industry are something that L’Etoile are sure to want to capitalise on. All eyes will be watching him and his work very closely, as it is unlikely his career will withstand another major scandal.