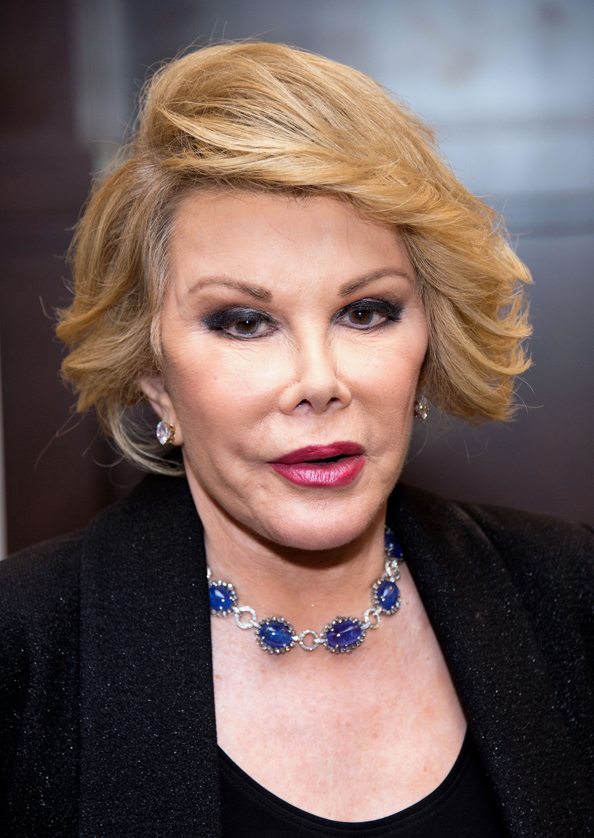 “At my funeral, I want Meryl Streep crying in five different accents,” wrote Joan Rivers in her book I Hate Everyone… Starting With Me. Though there was no sign of Meryl Streep’s tears, it was certainly the showbiz affair that she would have wanted. Held at Temple Emanu-El on New York’s Upper East Side the star-studded event came complete with crowds and photographers. 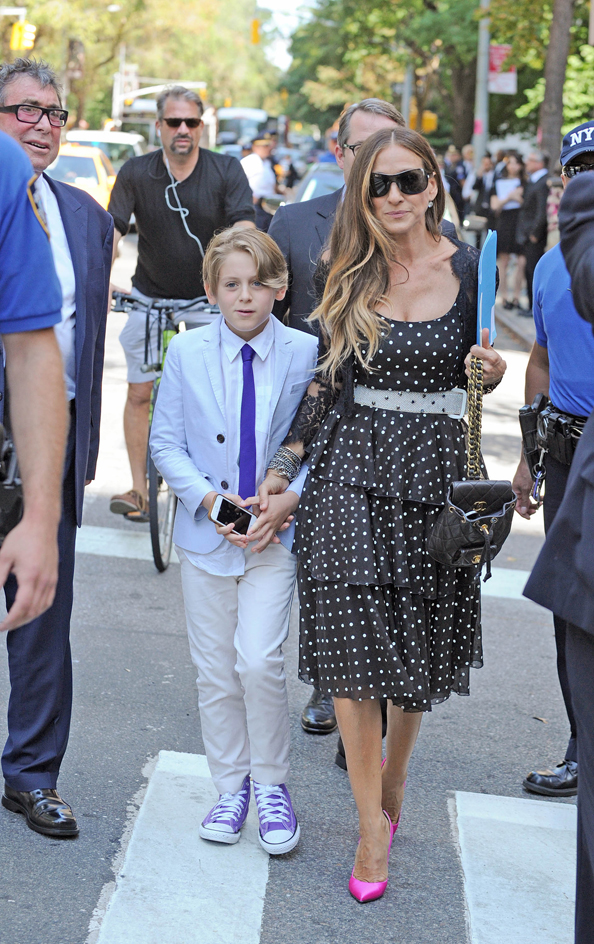 Although there were tears shed, the funeral was kept as a celebration of her life, with lots of jokes and laughter. Howard Stern read a Eulogy, while the crowd were treated to music from Hugh Jackman and Tony Award Winner Audra McDonald, who preformed a rendition of Charlie Chaplin’s Smile. A chorus sang a collection of Broadway hits including Hey Big Spender, and bagpipes finished the service by playing New York, New York as guests left. Melissa Rivers at her mother’s memorial

Joan died on Thursday aged 81 after complications during surgery on her vocal chords. Though the death came as a shock to her only child, Melissa Rivers, Joan was filmed preparing her for the possibility of her death in TV show, Joan Knows Best, when the comedienne was about to undergo a different surgery. “I’ve had an amazing life. If it ended right now… amazing,” she said about dying.“ If something happens, things are fine and life is fine. It’s one big movie.”

The quick whited star was known for her controversial jokes, and she often poked fun at herself. Saying that dying of natural causes was boring she joked: “It’s the grand finale, act three, the eleven o’clock number – make it count. If you’re going to die, die interesting! Is there anything worse than a boring death? I think not.”

It’s fair to say that her final act had all the showbiz sparkle that she would have wanted.