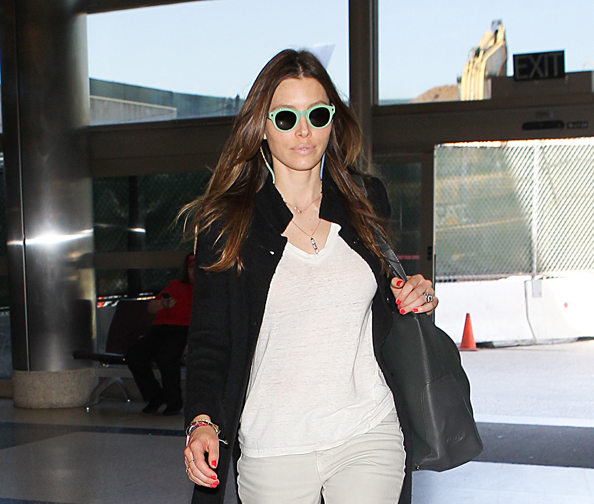 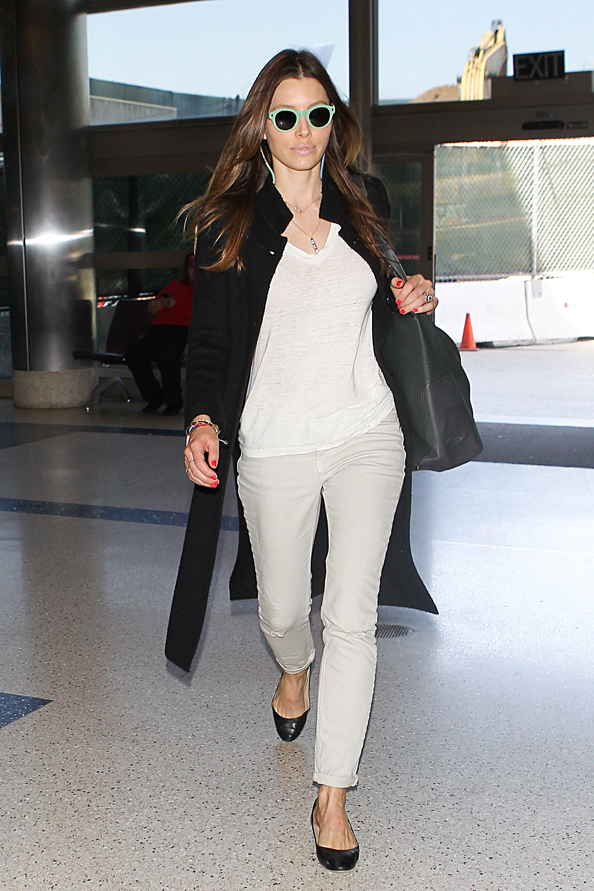 The Internet is bursting at the seams with rumours that Jessica Biel is pregnant. The 32-year-old actor, who has recently celebrated her second wedding anniversary with her 33-year-old husband, Justin Timberlake, has been papped in photos that appear to show a tiny (and we mean tiny) baby bump.

Neither Jessica nor Justin has commented on the gossip, and representatives for the pair are also keeping tight lipped. However, New Girl star Jessica Biel hinted last year that she was ready to become a mother. After filming The Truth About Emmanuel, she told E! News that she got herself into a maternal mindset.

“I think to make this person, this character, work without being some ridiculous, crazy performance, is to really believe in what she’s doing and believe that that is her truth, that baby is her baby and that’s what it is,” she said. “And so the nurturing element of being a mother, that is really what I tapped into. Because it’s like, the best villain really believes what they’re doing. It’s the same idea. This woman, that’s just her truth, her reality.”

But before you start daydreaming of her star-studded baby shower, when asked if she would have children with Justin she replied: “I don’t know. I’m not quite sure about sooner or later, but definitely at some point.”

This isn’t the first time that the press has reported baby rumours for Justin and Jessica. In August, OK! Magazine claimed the couple has been struggling with fertility problems and, after two years of marriage, are growing frustrated that they aren’t pregnant. An unnamed source said: “They’ve been trying to conceive for a couple of months now, and she told Justin she’s going to see a fertility expert. She has no problem using technology, if that’s what it will take to have a baby and stick this marriage out.”

Maybe the fertility treatment has worked and we’ll see a mini Biel/Timberlake soon. Either way, with genetics from one of the most beautiful couples in Hollywood, their future babies are going to be adorable.