Jennifer Aniston Stars In New Emirates Ad, And She’s Made A Friend… 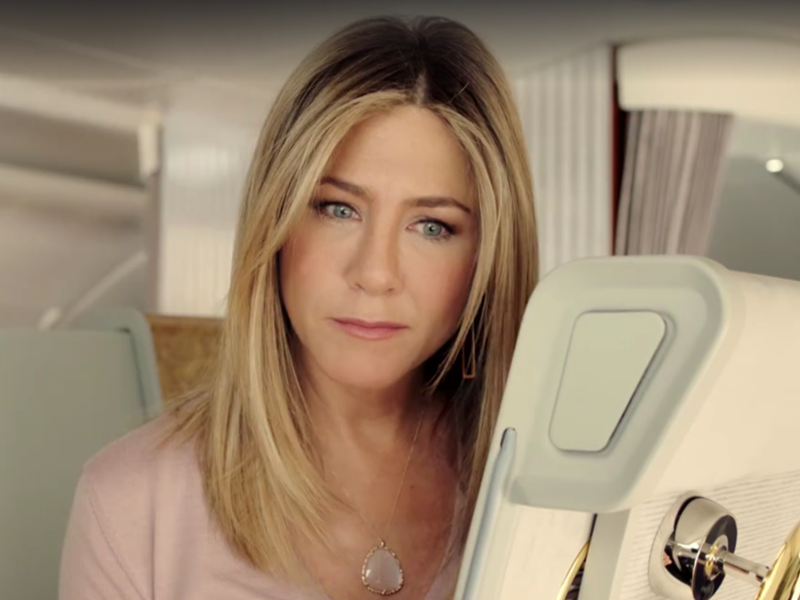 Emirates have launched their new campaign and it stars a major celebrity.

You may not have noticed but for the past couple of days Emirates have been teasing us with the return of Jennifer Aniston as the face of their adverts, posting cheeky videos on their social media.

The teasers showed the 47-year-old Friends star stepping out of the Emirates first-class shower facility before heading back to her Private Suite, only to encounter a gentleman in her spot.

“Jen’s back… and she’s made a new friend,” shows up on screen, as the actress walks down the plane aisle and stops at a seat. “Can I help you, sir?” she asks before the screen fades to black.

SO WHO IS THIS NEW GENTLEMAN?

Well that gentleman she finds and befriends is Cooper, or ‘Coop’, a young boy who explains how he wants to be an A380 pilot when he grows up.

The two set off to return Coop to his parents, showing off some of the Emirates A380’s facilities along the way, including a stop at the first class bar for some carrot juice.

Naturally, Coop’s parents are surprised to have him returned to them by Jennifer Aniston (who wouldn’t be) – with the final scene showing that Jen has swapped seats with Coop’s mum so that she can sit back in economy to hang out with the kids.

Read:
Here’s What A Dhs77,000 First Class Emirates Seat Looks Like
Flying With Emirates Will Soon Cost You A Little Bit More
Do You Post Snaps Of Your Boarding Passes Online? You Need To Stop, Now

Speaking on their decision to have Jen return to their adverts, Emirates’ Divisional Senior Vice President, Corporate Communications, Marketing and Brand, Boutros Boutros explained: “We were overrun with requests to see Jennifer again. She has an enduring, universal appeal that is at once sophisticated, but also down to earth – a great match for our brand.

“This new ad perfectly captures the fun, spontaneity and glamour of flying on Emirates, and we are confident audiences will find it as memorable as the first.”

The new advert was directed by Oscar nominee Bryan Buckley, who’s known for his many Super Bowl ads.