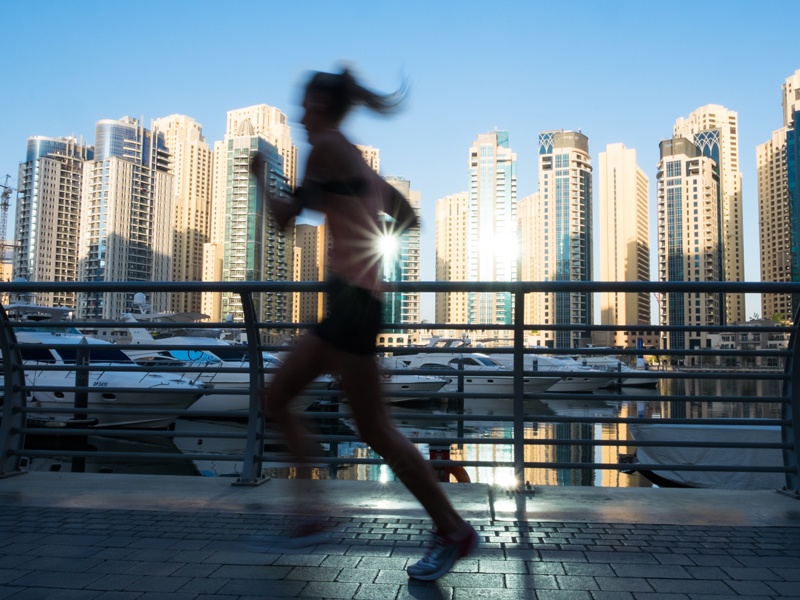 The education board has filed a police complaint against the author and publisher of the “sexist” book.

India’s education minister has ordered an investigation into a school textbook that lists the ideal female body measurements, and states that girls’ anatomy makes them unable to run.

The book, titled Health and Physical Education, asserts that the 36″-24″-36″ body shape is considered the “best”, and informs students that the Miss World and Miss Universe beauty pageants take such measurements into account.

It goes on to state: “The bones of hips of females are wider and their knees are slightly apart. Due to this shape, females are not able to run properly.”

Read:
Women Hold Secret Marathon In Iran After They Were Stopped From Competing
‘We Must Learn In Arabic’: Sheikh Mohammed Pens Letter To Region’s Youth

Since the offending passage was circulated on social media, the textbook has prompted widespread anger in India, with education minister Prakash Javadekar quoted as saying he strongly condemned the “sexist” book and had requested “appropriate action”, BBC News reported.

The book was printed by a private publisher, and was reportedly being taught in some schools which follow India’s Central Board of Secondary Education (CBSE) syllabus.

However, the CBSE has distanced itself from the book, telling the Hindustan Times it does not recommend textbooks by any private publishers.

“The publisher and the author have committed criminal misconduct by publishing and selling these books to the students in connivance with some schools,” a CBSE spokesperson told the outlet.

“In the process, the publisher has caused wrongful loss of reputation, goodwill and credibility of CBSE.”

The board has lodged a complaint against the author and publisher of the book with Delhi Police.

The publisher said in a statement it had “stopped the printing, selling and distribution of the revised book with immediate effect”, BBC News reported.