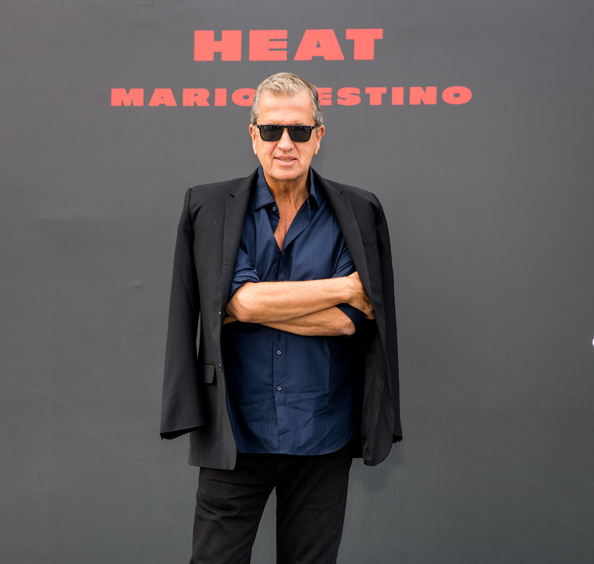 “Who would I like to shoot here?” It’s a question that the fashion and portrait photography icon, Mario Testino, answers with relish. He’s sits cross-legged, a designer blazer draped over his shoulders, in the bespoke exhibition space specifically created in Dubai’s d3 area to host his exhibition Heat.

“I would love to bring Kendall Jenner and Gigi Hadid to Dubai to see what they think and what they notice.”

“I would love to bring the younger models here, too” he explains. It’s a point he makes with such energy that it seems entirely plausible that we could see him in action next week, shooting the models out amongst the sand dunes or in the city amidst the construction. It’s the fashion world’s young leading lights that are his current muse, however. 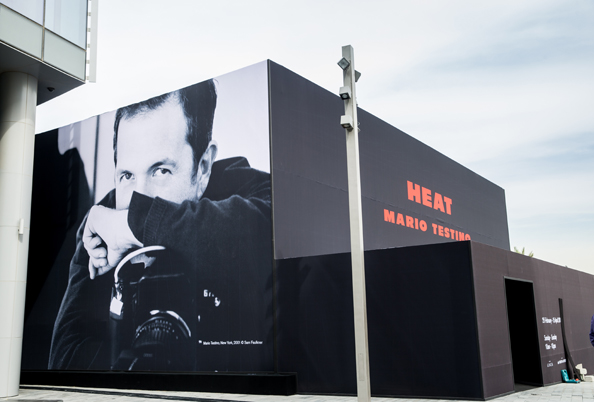 The exhibition space in d3

“I’m very inspired by models at the moment, by girls like Gigi Hadid and Kendall Jenner and Cara Delevingne…” he says, pausing slightly before remembering the latter may well be out of, even his, reach “… who has sadly revealed she has decided to be an actress rather than a model. But I like this young energy that is happening today. More and more youth is taking over. Nowadays you’re talking to these young girls and it feels like you’re talking to a 40-year-old woman.” 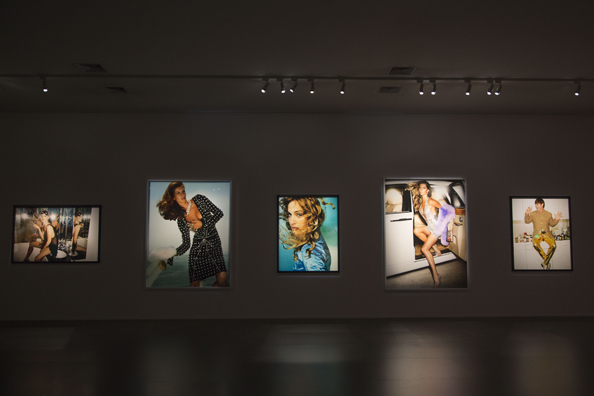 Testino says that if he wasn’t a photographer he would be a performer and there’s certainly no doubt about his ability to hold an audience. Sat amidst the Heat exhibition, during a private preview before the big launch tomorrow (the gallery runs from February 25 to April 15), he had the entire crowd utterly captivated.

“He [Testino] shows everyone at their best,” says Simon de Pury, of de Pury de Pury, who collaborated with GINZA Fashion and Testino to bring the exhibition to Dubai. “There’s just this undeniable, upbeat feeling you get from him and his work.” 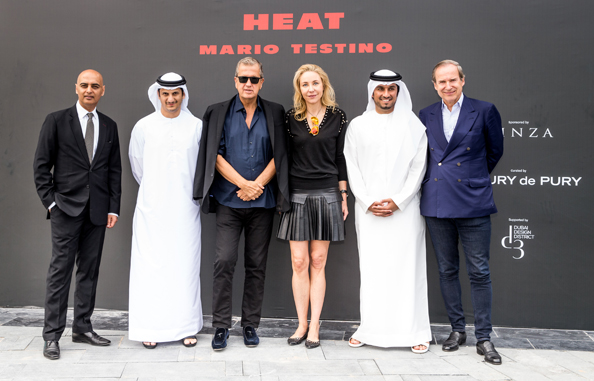 De Pry’s opinion is a one that’s widely held, and after taking that iconic portrait of Lady Gaga, the quirky singer gushed: “You are the only person to make me look good.” That’s the power of Mario Testino. 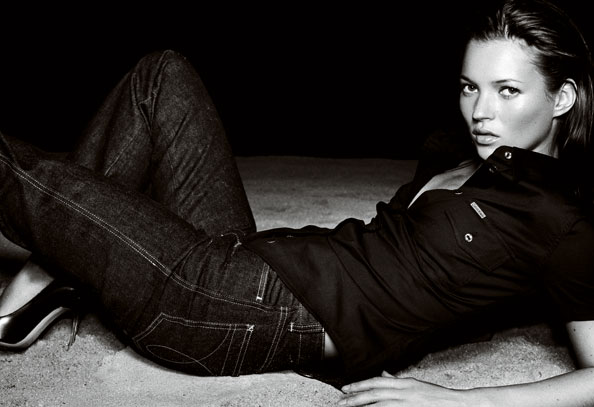 What’s also so charming about the Peruvian superstar is his honesty and ability to tell a great story, and speaking of which…

He credits Madonna for his big break

For a photographer in the fashion world, not many people know you outside of fashion and Madonna was the first person to put me out in that limelight of the world.

She had a shoot with Versace and they were meant to shoot it with a more well-known photographer but for some reason there as a misunderstanding and so Madonna asked me to do the campaign. I wouldn’t have been surprised if Gianni Versace asked: “Who is he?” I wasn’t very well-known or established at the time.

At the end [of the project] the text with the shoot read: Versace Presents Madonna And Testino. In our business when you are called by your surname it is reserved just for the top, top. I was very honoured. 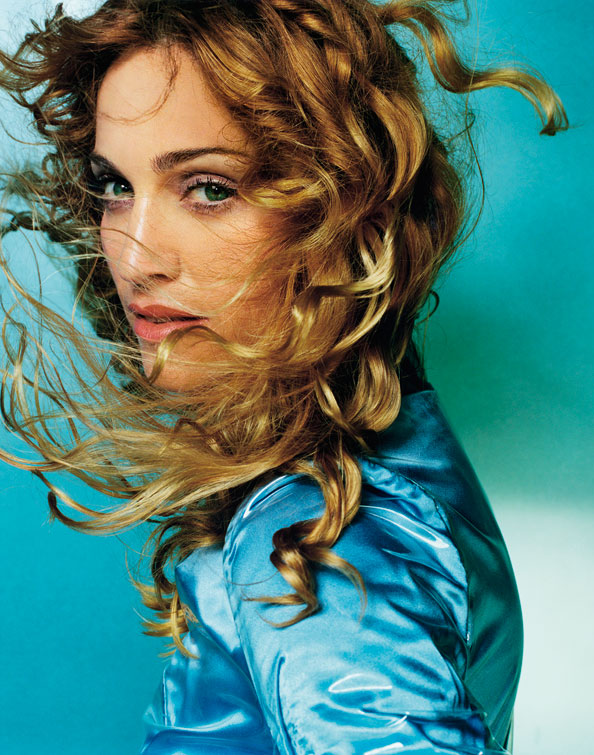 The iconic image from Madonna’s Ray of Light album

By lunchtime she was like: ‘OK, we have got the picture.’ And I said: ‘No, we don’t. We need to take more.’ We carried on taking photographs into the afternoon and there was a funny moment and something exciting about carrying on working. All these celebrities work a lot all the time. It can get out of control, so when they have control they try to reduce the time. The image we ultimately used for the album was taken during those ‘extra’ hours that afternoon.

In the double portrait of Cara Delevingne and the grizzly bear, the bear was real!

I have been in this business for 35 years and it’s very hard to stay on top with all the newer and younger photographers rising, and we have all this new technology, too.

I always thought Cara is a bit of a rebel. So I wanted someone who could stand up to her. So, I decided to bring a bear. Everyone was quite scared, but not Cara. She was completely at ease with the bear, she was just like: ‘Yeah, I don’t mind.’ 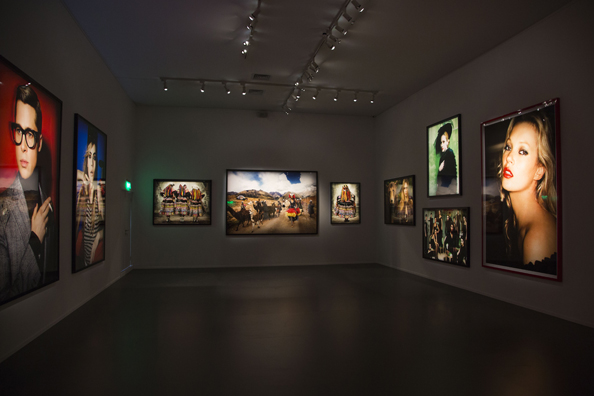 I threw myself into the project and they were very touched by the fact I came [to Peru] and defined where I came from. I think it is very important to look at your roots and define where you’re coming from.

That Peru shoot wasn’t a ‘stumbled across’ setting

People always look at that picture and say how amazing it was that I ran into all of these things [like the locals in traditional attire and the lamas] and I feel bad to tell them the truth. It looks glamorous, but I can tell you it was fake. I created all of it. I had to take the lamas from a tribe, for one hour.

He believes photographers are insecure

We take hundreds of thousands of different photos thinking: ‘This isn’t good.’ You have to be true to yourself because you know when you have got that picture – you see it in the camera. 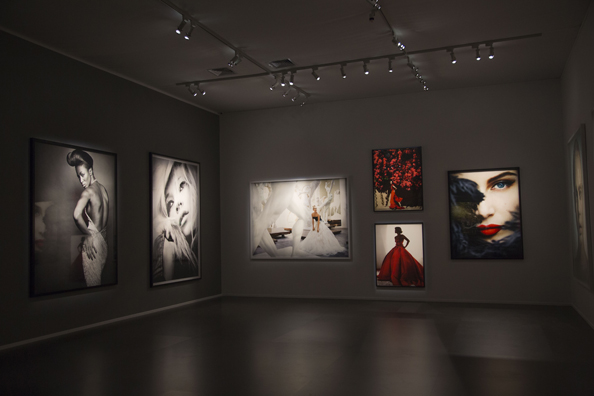 He enjoys social media, despite criticism from his peers

When I started doing Instagram a lot of other photographers criticised me. They thought I was ruining the business by giving away these images for free, for everyone to share and use everywhere.

At the end of the day a lot of those images are taken on my phone, and I like the idea of sharing them with everybody. I love how you can communicate so personally and so quickly with someone.

For years I have worked for magazines and they have had the final say. On Instagram it’s my magazine and I decide who gets to go in and when. 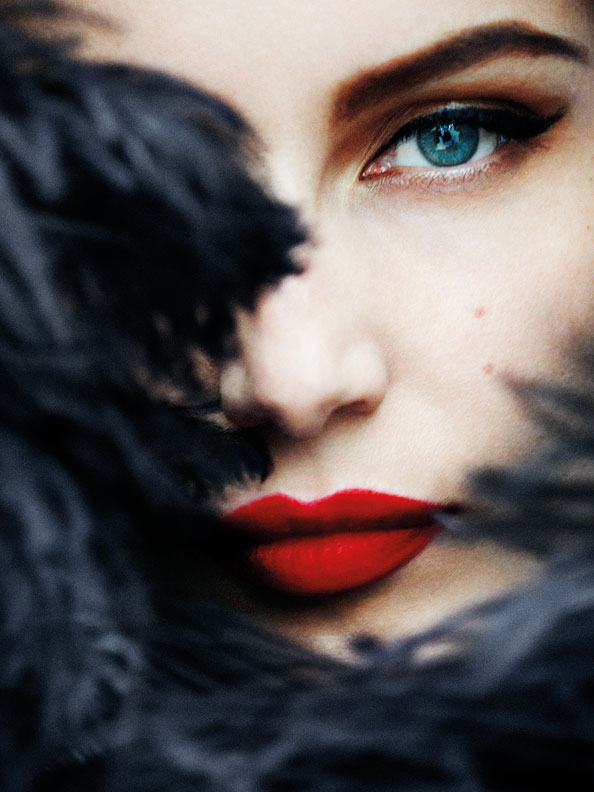 Laetitia Casta image at the gallery

I’m discovering it more and more, and it’s quite an exciting place. I had a meeting about this exhibition in June 2015 and now the exhibition is here. That really signifies what this area represents – possibilities.

Mario Testino’s HEAT exhibition is open to the public at Dubai Design District (d3) from February 25 to April 15. 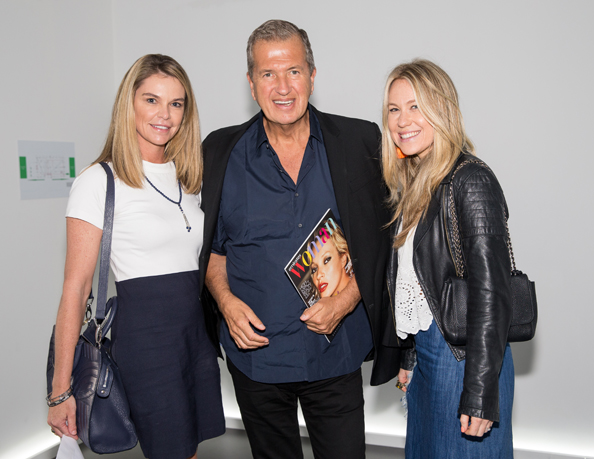