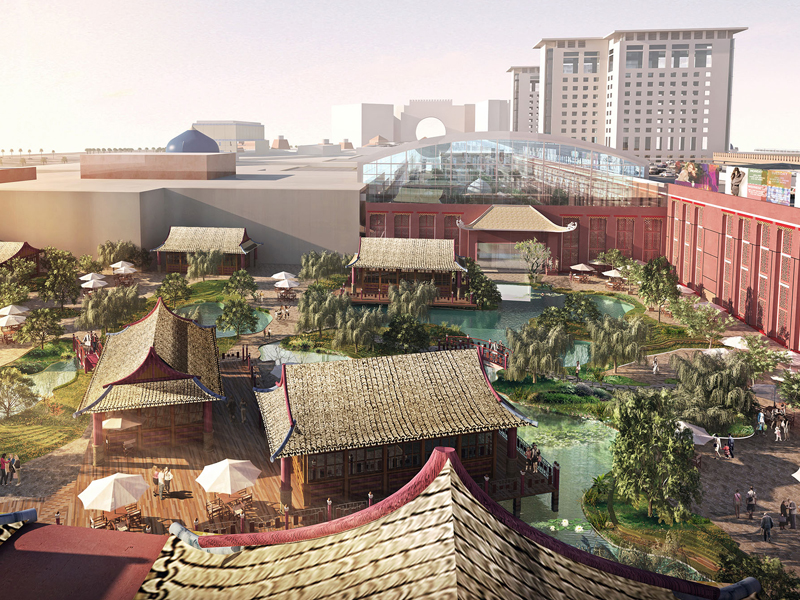 Anyone who has been to Ibn Battuta Mall will know just how large it is from the steps they clock up on their pedometer (the mall is an incredible 1.2km long). Well, we’ve got news for you, big news. The mall is further expanding thanks to a 300,000 square foot extension.

Nakheel Chairman Ali Rashid Lootah today officially opened the grand extension at Ibn Battuta Mall in Dubai, marking the completion of the first phase of a series of subsequent extensions that will transform the existing Ibn Battuta complex into a giant retail, entertainment and leisure destination spanning 7 million square feet. 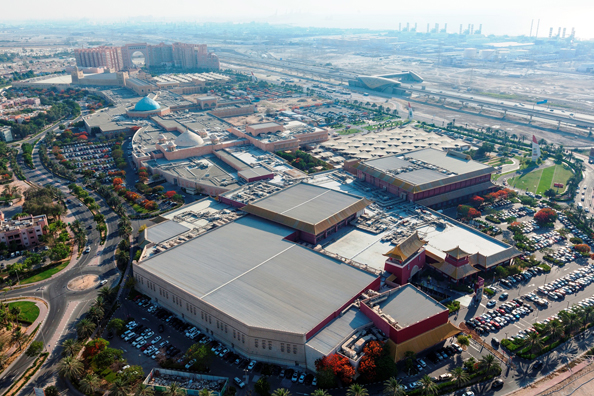 The extension adds 60 new shops, restaurants, cafes and services to the mall – which currently welcomes 20 million visitors a year. The addition brings the total number of outlets to almost 400.

However, it’s not just fashion, new restaurants will also open including French bakery Paul. Yet, more excitingly the mall will finally become a two storey shopping destination with Homes R US and spanning two levels. 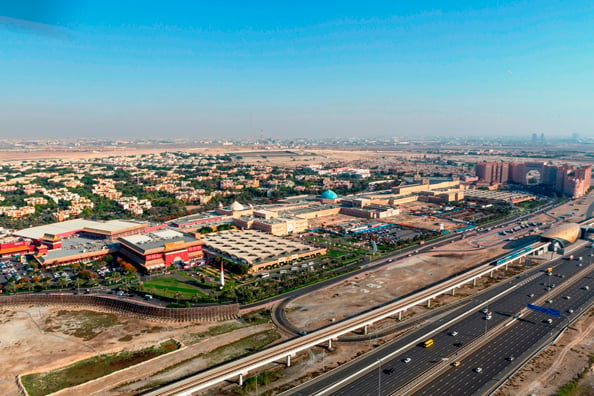 The mall will link to the Dubai Metro station

In fact there will be two-storey link connecting the mall to Ibn Battuta Metro Station. This section is due to open in the next few weeks, bringing another 90 outlets including a 24 hour food court. 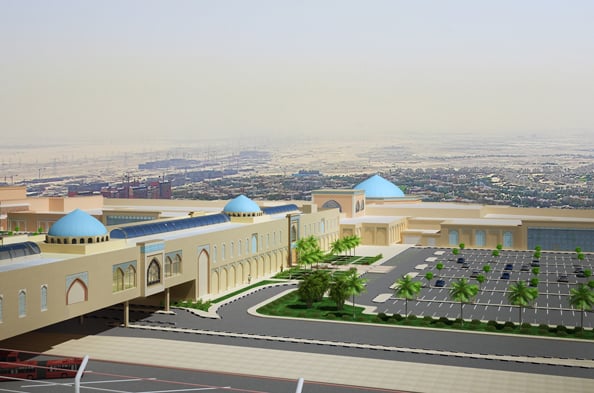 An artist impression of the new expansion

The extension will also see the mall’s first hotel with the opening of a 372-room Premier Inn, which is scheduled to open later this year. These will be followed by another 4.7 million square feet development. 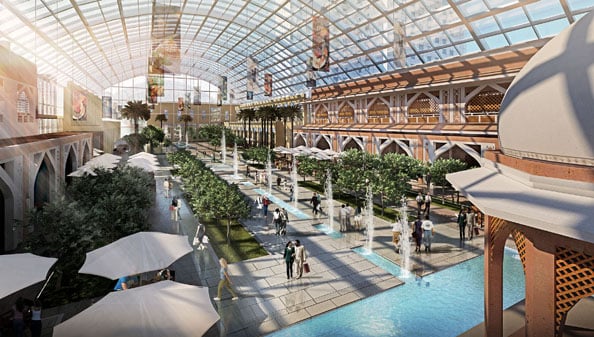 We’re looking forward to seeing the beautiful courtyard in reality

The Still To Come

One of the developments we’re super-excited about is a glass-covered courtyard, a new cinema complex, a multi-storey car park and another hotel – all to be constructed over the next three to five.