Inside the 240-year history of the house of Chaumet 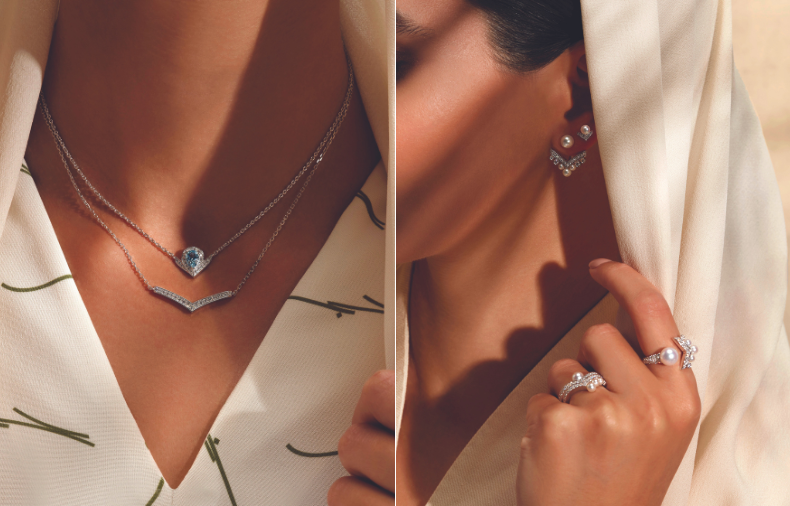 Rich in heritage and history, experts in craftsmanship and adored by some of the most prestigious families of the past (and present), it’s safe to argue Chaumet is one of the most iconic jewellery houses of all time. Dating back almost two-and-a-half centuries, the Maison’s CEO Jean-Marc Mansvelt discusses with us why Chaumet is – and always has been – an emblem of excellence.

What does Chaumet’s brand represent?

A Maison of heritage and history which is almost two-and-a-half centuries old, whose history is intertwined with the history of France, which has served very prestigious clients, first as the jeweller to Emperor Napoleon and the Empresses, then to the royal families, to the great families who have succeeded in business, in all the countries of the world. But it is also a Maison whose clients have been great artists, musicians and writers because it is not only a Maison of distinction but also a Maison of culture. But to survive and go through the decades and centuries, Chaumet is also a Maison that has known how to adapt, to live with its time, to adapt to the times, to the fashions and to the desires. It is therefore a Maison that combines tradition and moder- nity, that remains faithful to its style, its spirit, its culture, but at the same time knows how to please the customers of the different times, adapting, renewing, combining a long time with the creativity of the present time. 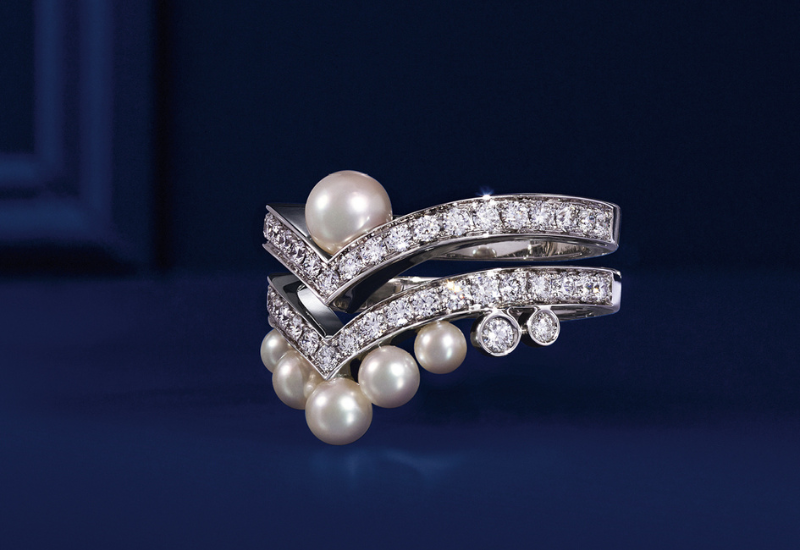 Talk us through the history of this iconic jewellery house.

Born before the French Revolution, Chaumet took off with the first Empire as the jeweller to Emperor Napoleon and Empresses Josephine and Marie-Louise. It then crossed the eras and periods and was again a very essential Maison in the Second Empire. And although very Parisian, this Maison was very early open to the world. It knew how to take an interest in different cultures, to respond to the expectations and special orders of the great clients who typically came to Place Vendôme, the place of reference for Haute Joaillerie, where Chaumet created its first address in 1809. This openness to the cultures and customers of the world is very important because it has remained faithful to its style, its taste, and its themes, but its vocabulary has been enriched over time and its creativity has been nourished endlessly. How do you ensure you continue the legacy of such a historic Maison? Several things are essential. First of all, a good knowledge or understanding of the Maison, its history, and its stylistic repertoire. This is made possible by the extraordinary quantity and quality of heritage preserved at 12 Vendôme, our iconic address. Everything has been preserved since the birth of the Maison in 1780. Without repeating what has been done, by nourishing today’s creativity with this knowledge of designers and jewellers, the Maison draws on its roots to reinvent itself. Second, are we up to the standards of our predecessors? Are we up to their standards, their creativity, their virtuosity? Or, in other words, do we think that what we are doing today will be seen in 20 or 50 years as being worthy of what has gone before us? This combination of knowledge, understanding, as well as a humble approach, is very important to continue this legacy we believe.

Chaumet is all about the finer details when it comes to its pieces.

Talk us through this pro- cess. It is the very essence of Parisian Haute Joaillerie to pay the greatest attention to every detail. A Haute Joaillerie creation is a team effort, which can last from two to three years between the vision, the designer’s drawing, and then the interpretation and manufacturing of the craftsmen (jewellers, setters, polishers). Typically, a detail that is really striking is how you do the openwork, the polishing on the back of a piece. A piece is magnificent obviously from the front, but you can see in the Chaumet tradition how it is incredibly worked, meticulously composed, and finished on the back too. Another example at Chau- met, how we stay true to a style that is as light as possible, almost miraculous, to make the stone shine as much as possible, reducing the material as much as possible to give the impression that the stone is suspended as if by miracle, floating in the air.

What have been the most significant moments in the 240-year history of Chaumet?

In fact, it is difficult to summarise Chaumet in a few key dates or moments. Of course, we can talk about the take-off at the time of the first empire, but in fact, what is most remarkable is how Chaumet has eternally been able to adapt to the times, to fashions and to different customers. The Maison has always been able to evolve, the question itself, to adapt without ever denying itself, while remaining faithful to its major themes, its stylistic repertoire, to its most emblematic virtuosities.

“If we are to characterize Chaumet, we remember one simple idea: Chaumet is and always has been a choice of distinction.”

What sets Chaumet apart from other jewellery houses?

If we are to characterize Chau- met, we must remember one simple idea: Chaumet is and always has been a choice of distinction. The Maison’s customers are not looking for recognition or demonstration, they are not looking to say that they have ar- rived, or to look like everyone else, by wearing Chaumet. On the contrary, wearing Chaumet is a sign that you are not wearing what every- one else is wearing… you are wearing a creation that sets you apart. But this creation is not only an alternative, it is also a cultivated choice. This creation has meaning because it is symbolic and/or part of history, etc., and in a style made of lightness and a kind of minimalism where the strength is not in the “too much” but on the contrary in a certain form of sophisticated simplicity, in a kind of purity that goes straight to the essential, the opposite of “in your face”. Chaumet is, in a way, the Maison of clients who make up a club of very “graceful and characterful” personalities, a sort of club of distinguished and distinctive people. When it comes to creating new collections, where do you get your inspiration from?

Very much from the heritage and what has been important in the history of Chaumet… a theme and inspiration ideally that has always been around. And, as a sort of endless creativity, it is the challenge to reinterpret once again, reinvent once again… In fact, it is once again the same idea: Chaumet is about time, about eternity. How do we select a theme and inspiration in order to stay in continuity with this legacy but always adapted to the moment, the mood of today, and the choice of our clients now!

Throughout its lengthy history, Chaumet designs have adorned many notable figures.

Who would you say are the most iconic women to have worn Chaumet pieces? The first personality that comes to mind is obviously Empress Josephine, who has been a great client and muse of the Maison ever since. This very modern woman for her time, who knew how to create fashions and be a true figurehead of style and good taste, a multi-faceted woman, with very “grace and character”, really contributed to forging many dimensions that remain alive today at Chaumet. A strong woman who knew how to move the lines while remaining in her place, an aristocratic woman of great culture who accompanied her husband in this crazy destiny of a couple who fascinated her contemporaries and left a lasting mark on history. And also, very emblematic of the icon of the Maison: the tiara. It was really with her both the symbol of the emblem of power as well as the coronation of this love story between her and Napoléon.