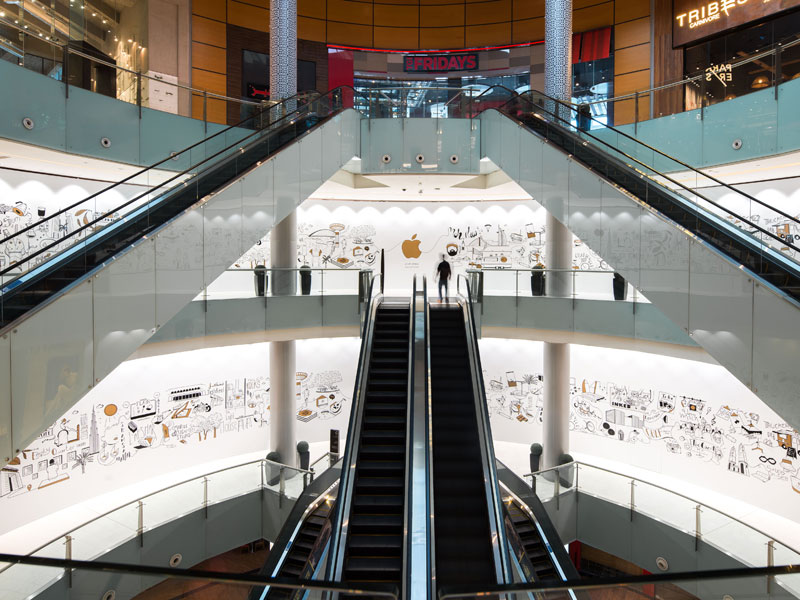 And we don’t have to wait long at all…

The Apple-sized hole in the world’s biggest mall is about to be filled, with the iPhone maker announcing a huge new retail store for The Dubai Mall.

The best bit? We only have to sit tight for another two weeks, with the store set to open on Thursday April 27 at 4pm.

The store’s opening hours have also been confirmed by Apple, with shoppers able to visit between 10am and 11pm from Monday to Thursday, and 10am to 11.59pm on Friday to Sunday.

A special barricade marking the site was unveiled in the mall last week, revealing that the huge store will stretch across two levels.

The latest branch will also have a front row view of two of the city’s most famous landmarks, the Burj Khalifa and the Dubai Fountain.

The concept behind the store is “creativity connected”, and a mural on the barricade represents some of the movers and shakers in the UAE’s creative community, including start-ups, art galleries, boutiques, cafes and food trucks. 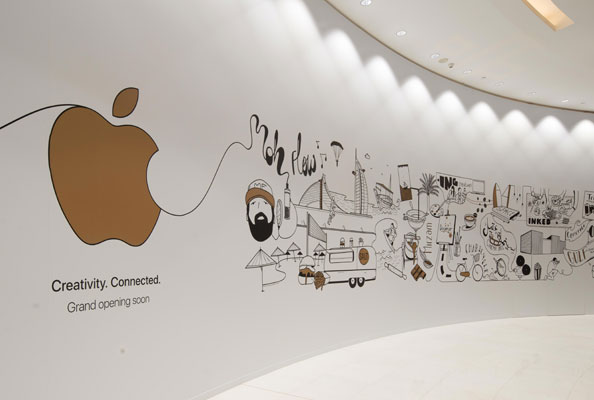 “Positioned at the centre of everything, the store will become a meeting point for creative-minded people, and a place of learning and inspiration that combines East and West,” the announcement said.

“The concept is built on the essence of UAE as the Middle East’s commercial and creative hub featuring a young and bold cosmopolitan city. Visitors will be able to create, collaborate, and experience the best of Apple, all in one place.”

Sneak peek of the #apple store barricade design in @thedubaimall. How many of our community members can you spot? #appledubaimall #creativityconnected

Apple currently has two official stores in the UAE, one in the Mall of Emirates in Dubai and another in Yas Mall in Abu Dhabi.

The new store is bound to be popular, with more than 80 million shoppers passing through the Dubai Mall’s doors each year.