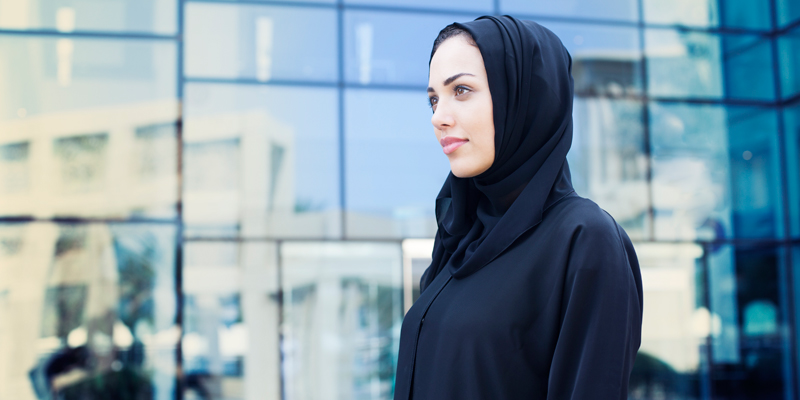 In recent years, Saudi Arabia celebrated many milestones when it comes to women’s rights and female empowerment. The Kingdom has now crossed another milestone, and it’s sparking immense pride on social media.

After Moaid Mahjoub, Director of Government Affairs, External Relations and Protocol at Princess Jawahar Al Saud’s Private Office, posted a photo on Twitter over the weekend of a female member of the Saudi Royal Guard performing her duties, which is a history-making moment.

It was announced in October last year women would be able to start joining the military and land forces in the Kingdom in a wide range of positions including corporals and sergeants. This could be across any of the armed forces in Saudi Arabia including the Strategic Missile Forces, Armed Forces Medical Services, Saudi Arabian Navy and the Air Force.

This move is part of the many initiatives under Crown Prince Mohammed bin Salman’s Vision 2030 scheme, an ambitious post-oil economic plan, which has a major focus on women’s rights in the Kingdom.

The Crown Prince of Saudi Arabia recently celebrated his three year anniversary since his father, King Salman, appointed him into the role.

It may have only been three years since his appointment, but during that time he’s made some drastic changes for the better in the Kingdom especially for women.

Just three months after he stepped into the role in 2017, the Crown Prince revealed in a royal decree, women would be able to secure driving licenses from June 2018 and he has gone on to do much more.

This photo of this female member of the Saudi Royal Guard just showcases another step forward for women’s rights in the Kingdom.