This Hijabi Rapper Dropped Another Music Video With A Powerful Message 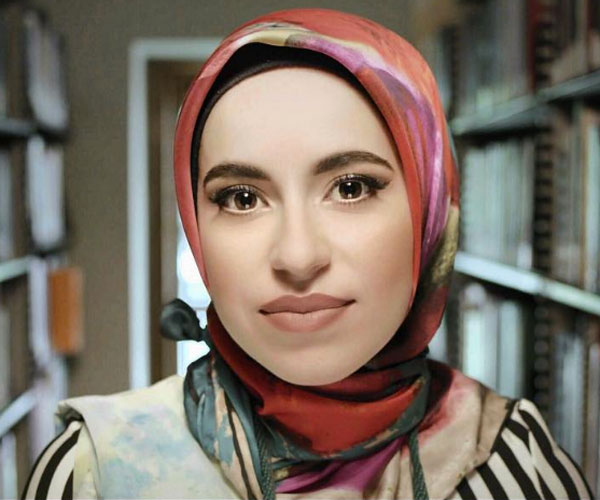 “A woman’s voice is revolution.”

Now, she’s back with a new anthem for Muslim women.

The Syrian-American activist’s latest single, Dog, takes on the patriarchy, addressing some of the ridiculous double standards faced by women in today’s world.

Haydar, who is joined by Orange is the New Black star Jackie Cruz in the video, targets hypocritical males who try to dictate how women should live their lives.

“Say my voice is haram, cuz you getting turned on – boy you might need Qur’an,” she raps. “Say you can save my spirit, but you’re a dog at night.”

At one point, Haydar singles out men who lie to impress women.

“A teacher? A guru? Mm, you just some doo-doo,” she says. “Said I own the whole souk, but you just sell produce.”

Haydar has an important message for these men, which she raps in Arabic: “A women’s voice is revolution,” she says.

She concludes the rap with the lyrics: “Oh my God, you need God.”

When dudes be like hey girl, wana go somewhere and talk about God? #ohmygodyouneedgod

When Haydar released Hijabi in March to coincide with the first ever Muslim Women’s Day, she faced a huge backlash, with some describing her music as “haram”.

While a similar reaction was expected for her latest song, she told Refinery29 she felt it was “such an important time to be speaking up and speaking truth to power”.

When dudes say “wife you” #Ohmygodyouneedgod

“We’re done with the culture of shame and victim blaming,” Haydar said. “That’s what’s going to change the world.”

You can find the full lyrics here.