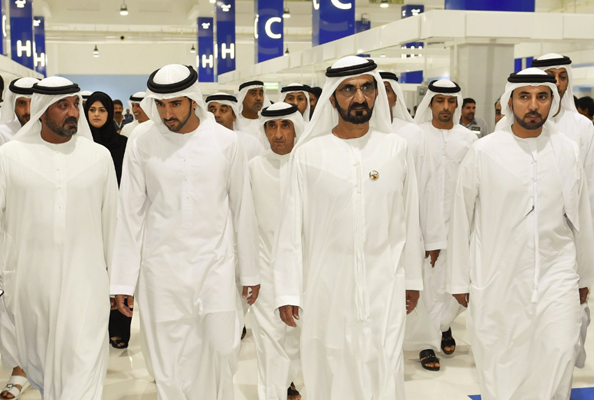 The ruler and the Crown Prince also visited Dubai International Airport the day before, and took a spin on the airport train.

It only opened its doors last month, but the Waterfront Market has already got the royal seal of approval.

The shopping hub – which replaced the iconic Deira Fish Market – received a horde of rather important visitors over the weekend, including none other than HH Sheikh Mohammed bin Rashid Al Maktoum.

The Vice President and Prime Minister of the UAE and Ruler of Dubai toured the foodie hotspot, found near Hamriya Port, along with his son, Crown Prince HH Sheikh Hamdan. 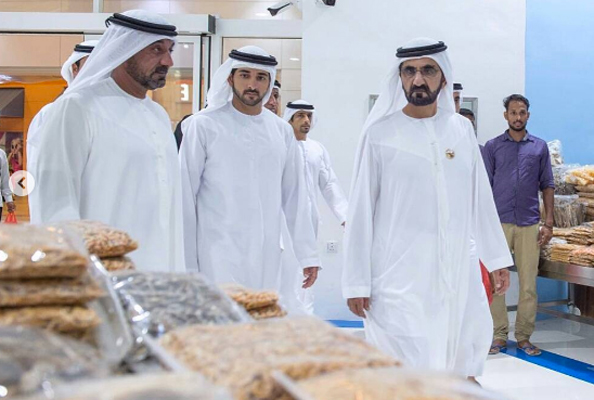 Read:
This Determined Artist Used His Mouth To Paint A Beautiful Portrait Of Sheikh Mohammed
This Dhs100,000 Cake Was Cooked Up Right Here In Dubai…

The 100,000-square-metre market on Al Khaleej Road sells everything from fresh fish and meat to veggies, fruit and nuts.

It only opened last month, after Deira Fish Market closed its doors after almost 60 years, but will include restaurants and cafes on-site in the near future.

There’s also a hypermarket and an auction area at the state-of-the-art venue, which will also welcome a shopping bazaar at some point.

A day earlier, the royal toured Dubai International Airport, surprising some rather unsuspecting travellers in the process. 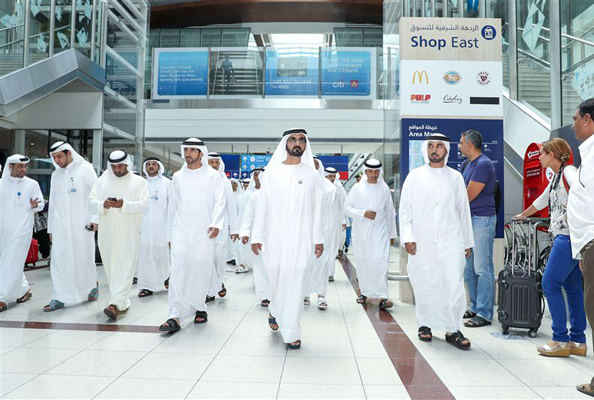 Read:
10 Reasons You Should Follow HH Sheikh Mansoor On Social Media
HH Sheikh Mohammed Just Stepped In To Save An English Village Hall

All the hours we’ve spent killing time at DXB, and he had to pick a day we were at the office (just our luck).

Sheikh Mohammed, who was again joined by Sheikh Hamdan, visited the Emirates check-in counters at Terminal 3, along with the security screening and passport control departments.

While visited the airport – which has welcomed a whopping 24 million passengers between January and June this year – the ruler urged passport officers “to show handsome treatment and warm welcome to travellers”, Dubai Media Office reported.

…for a shot that’s rather reminiscent of the time the two took on the London Underground. 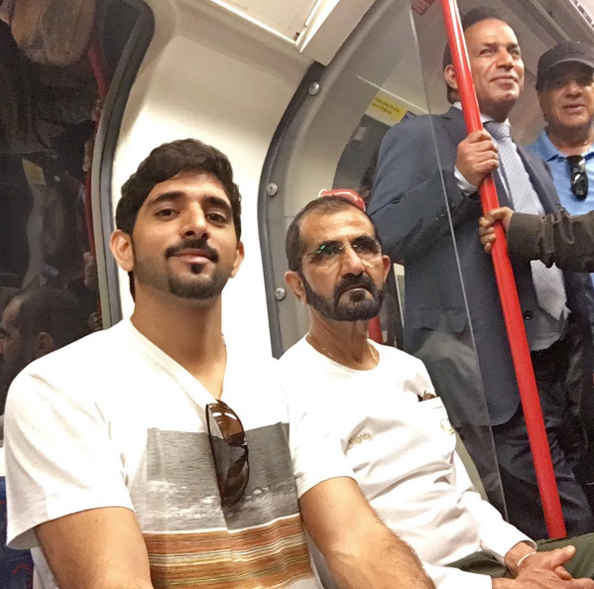