Here’s why this Saudi woman is passionate about cycling 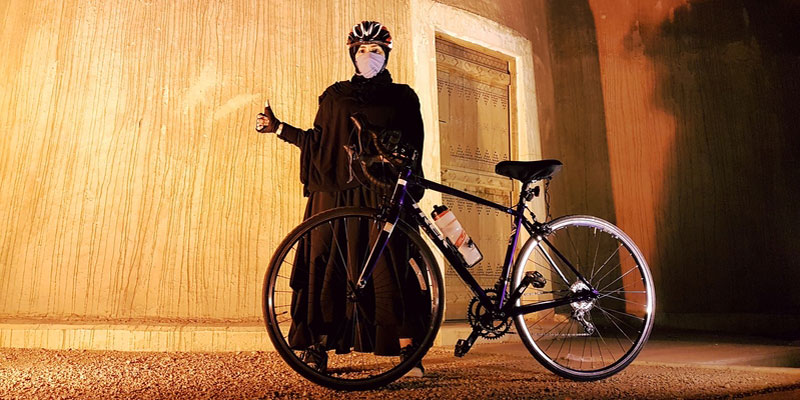 Women in Saudi Arabia might not be able to drive yet, but one local is striving to get them on bikes.

Baraah Luhaid, 25, has founded a cycling shop and community which caters to both men and women. She told the Guardian that after a cycling trip through China with her brother last year, she was even more determined to start a bike shop.

Legally, Luhaid’s brother needs to be named as the company’s CEO, and Spokes Hub still runs out of his university. But, the Guardian reported, Luhaid’s business has just won a kingdom-wide competition for start-ups and been endorsed by Princess Reema bin Bandar bin Sultan (she’s head of the country’s women’s sports department).

While Luhaid didn’t set out to break barriers, she’s now realising she’s part of a growing movement in Saudi Arabia.

“I’m standing against something bigger than I originally thought,” she told the Guardian. “When I advocate for women’s cycling, I’m advocating for women’s independence. Changing core beliefs requires slow, consistent work.”

“It’s challenging, but someone has to start.”

For Luhaid, that means designing a bike-friendly abaya (patent pending) and offering mobile bike services for women. Those practical concerns are easy, though, compared to the cultural norms she’s challenging.

“When I started cycling, my best friends said: ‘Baraah, if we see you, we’re gonna Snapchat you, and we’re gonna laugh – you’re a girl, you’re not supposed to do this’,”  she told the Guardian, adding that she’s regularly stopped by police while cycling.

In Saudi Arabia, women are only legally allowed on bikes in parks and on beaches. They must be accompanied by a male guardian.

“My parents have a different mentality, and were worried about how the more conservative family would react,” Luhaid said, adding that the support of her brother is invaluable.

Saudi Arabia is one of the most restrictive countries in the world for women, but things are changing.

Last December, women were granted the vote, and calls for women to be allowed to drive are gaining momentum.