Here’s what we loved about Sole DXB 2017 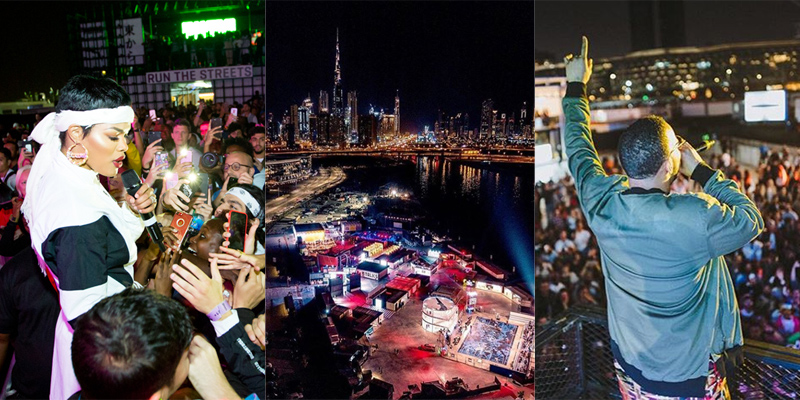 Including partying in the rain and some seriously good street style.

You could be forgiven for thinking you were somewhere else entirely if you wandered into Sole DXB this past weekend. From the entrance Tokyo-style gates in, the sneaker festival brought a seriously cool and international vibe to its Dubai Design District venue.

Inside, there was a lot to love, from personalised footwear to music to live women’s basketball. If you missed out, well, don’t make the same mistake next year.

READ:
Our favourite looks from Dubai’s first Modest Fashion Week
Here are all the stars who dazzled at the Dubai Film Festival over the weekend

This little slice of Japan must have been one of the most-Instagrammed spots of the event. That’s truly saying something – you could hardly move for people posing for photos. Who could blame them? It was a very photogenic event.

Los Angeles duo Nxworries (that’s Anderson Paak and producer Knxwledge) only play a couple of shows a year, and on Friday, we were lucky enough to catch one of them. Paak’s energy and genuine nature meant that even when the rain started, things didn’t slow down. Do yourself a favour and check out their music. 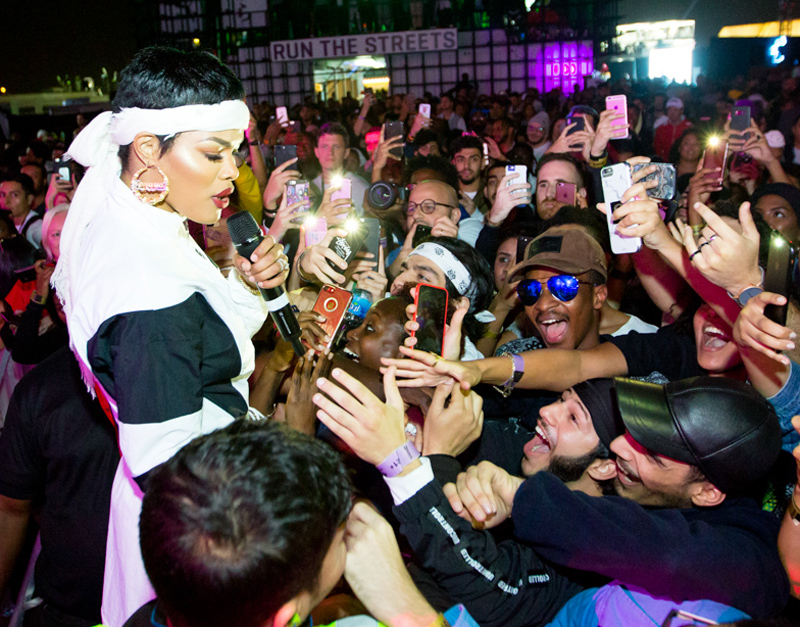 Saturday saw more outstanding performances. Pictured is Teyana Taylor, and as you can see, she was a bit of a crowd favourite. The GOOD Music singer has the Kanye West co-sign and some serious style credentials.

Bronx-born rapper Pusha T closed out the festival on Saturday evening, and by all accounts, he crushed it. Sole DXB is really just as much about music as it is footwear.

Sole DXB is a people watcher’s paradise. We saw more outrageous outfits in an hour than we’ve seen all year (and that’s saying something, in Dubai) and the people wearing them were absolutely going to record the moment. The Cadillac outside art exhibition Letters to Andy Warhol was a particularly strong spot for a quick photo.

…As was the Tokyo-themed entranceway. Looking good, guys.

Japan was absolutely a theme of the event. We spotted more than a few people getting into a bowl of ramen in between stops.

While the music, food and vibes were all top tier, there was the small matter of the footwear and fashion itself. If you went to Sole to shop, you wouldn’t have been disappointed. Half the stalls we visited were offering customised items or festival exclusives, and there were some extremely cool styles. What better souvenir is there than a truly sick pair of shoes?

If you need us, we’ll be starting the countdown to next year’s event.