Here’s A Sneak Peek Inside The Westin Dubai 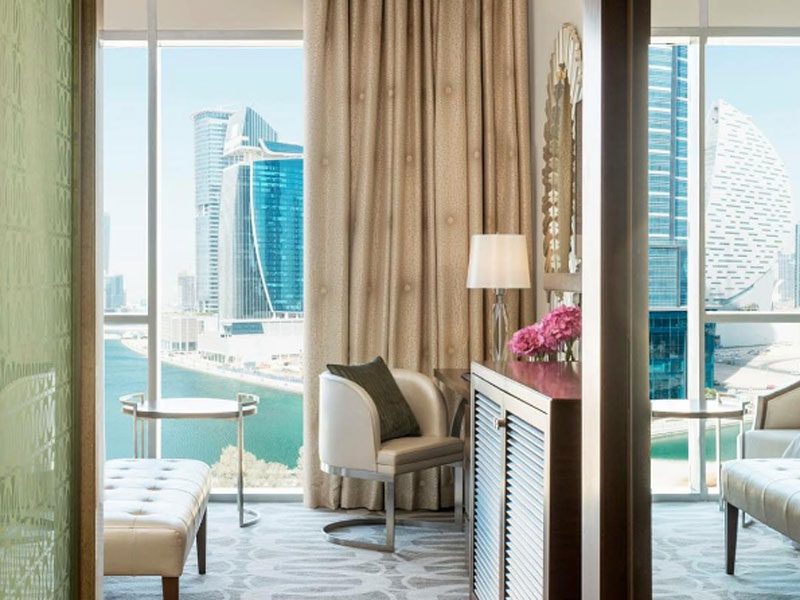 The last of Al Habtoor City’s trio of luxury hotels is set to open its doors in just over a month. And what will this enormous 1,004-room hotel look like, you ask?

Well, The Westin has revealed a few behind-the-scenes snaps ahead of the hotel’s unveiling on September 15, and the first look is pretty impressive.

The 41-storey tower will house a whopping three outdoor swimming pools, six restaurants, a yoga studio and a 20-treatment-room spa.

The Westin will be located just off Sheikh Zayed Road near Business Bay (and will sit right next to the Dubai Canal, when it’s completed) and forms part of the huge Al Habtoor project. 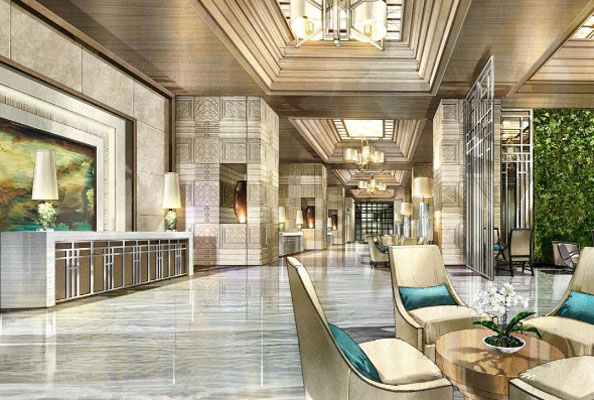 When finished, the “luxury lifestyle destination” will span over 10 million square feet and will feature over 40 restaurants and leisure venues.

So far The Westin has been preceded by The St Regis, the opulently decorated 234-room hotel that opened last November, and the W Dubai, the contemporary 365-room lodging that launched in June.

Aesthetically, The Westin sits somewhere in the middle – a little bit funky, but also elegant and classic.

The hotel, which is nestled alongside the 1,400-seat Dragone Theatre (the home of a permanent Vegas-style aqua show), has an awe-inspiring view of the World Islands and the upcoming Dubai Canal. 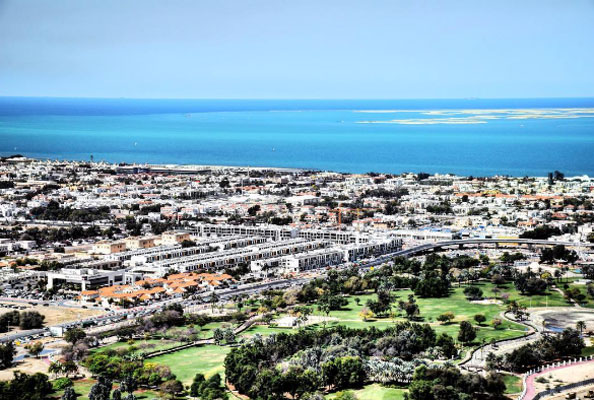 The rooms are sophisticatedly styled, with lots of creams, dark woods and several Art Deco touches (similar to the St Regis’s Gatsby-inspired look). 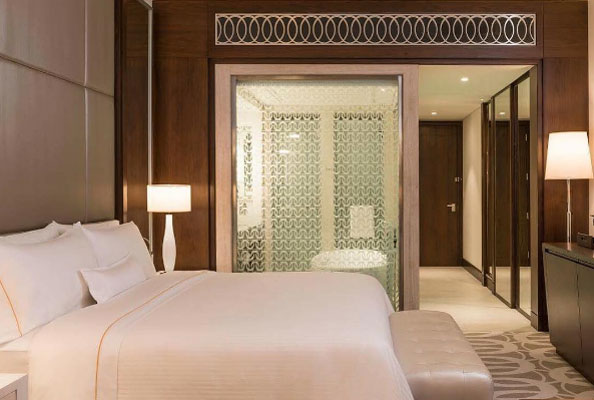 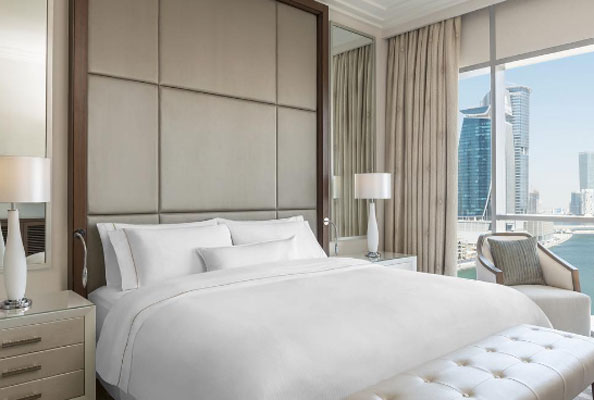 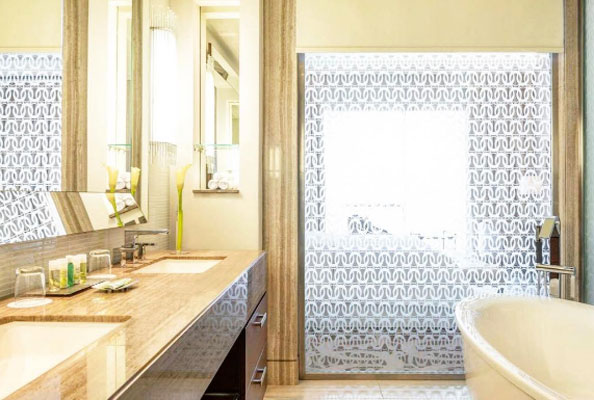 The rest of the hotel has similar attention to detail – just check out the cool island sinks in the bathroom: 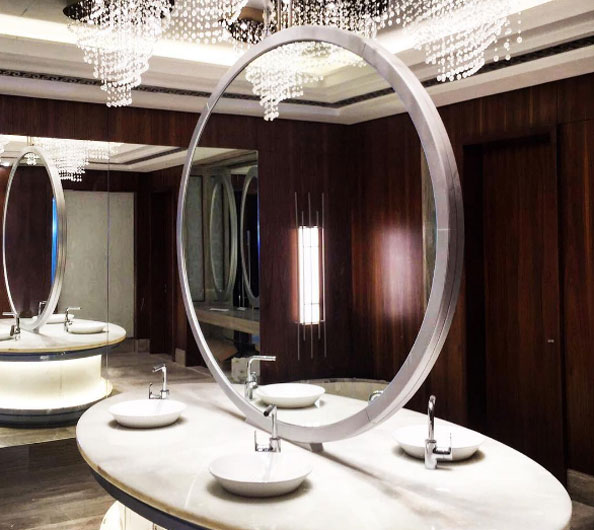 One of the Westin’s eateries, a gastropub called Cook Hall Dubai, has a more industrial feel with its exposed brick and steel fixtures. 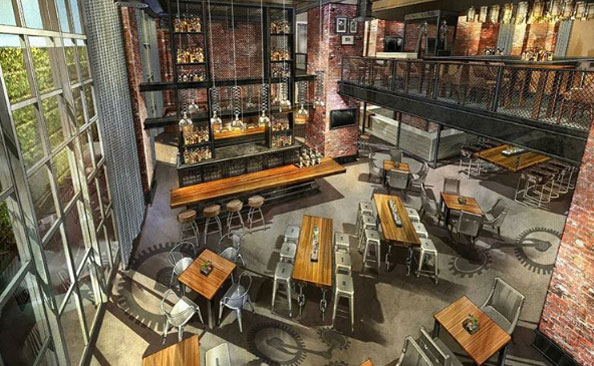 There’ll also be a Seasonal Tastes dining option, where the focus appears to be on fresh, hearty and healthy options: 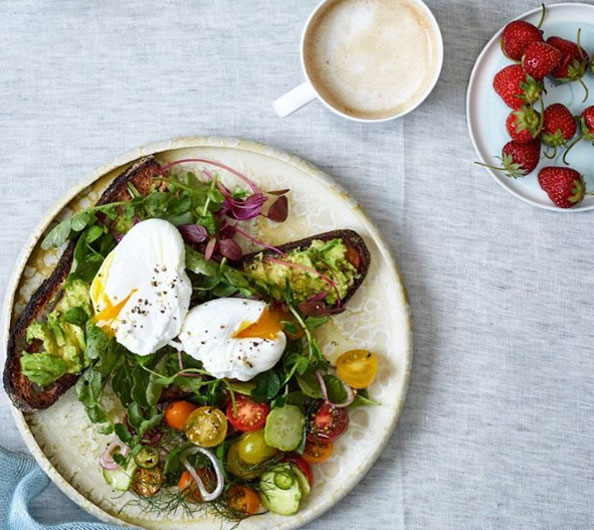 Stayed tuned for more details about The Westin as its September start date approaches.