Deserts, Dinners & Designer Shopping: Here’s What Kim Kardashian Is Getting Up To In Dubai 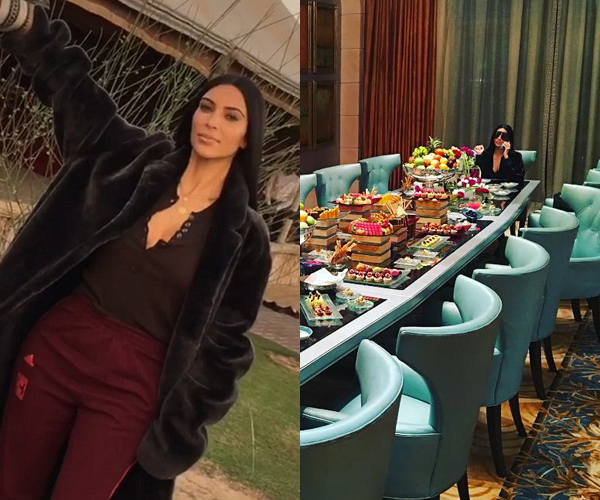 This has got to be of the most ‘Dubai’ trips ever, as the celebrity makes a much-awaited return to social media…

You’ve got to give it to Kim Kardashian – the ever-glam TV star rarely does things by halves, and her recent visit to the UAE was no different.

The businesswoman had a jam-packed schedule over the weekend, which included a lavish dinner at Atlantis, The Palm, a dune buggy ride, and she even squeezed some mall time in too.

The 36-year-old was in Dubai for a beauty masterclass with her long-time makeup artist Mario Dedivanovic, which took place at The Music Hall, Zabeel Saray on Palm Jumeirah, on Friday.

Such a fun day today! I felt so much love here in Dubai, thank you guys for coming out to Mario’s Master Class! ❤🎨💄😍❤

During the sold-out event, which guests paid around Dhs6,000 a head for, the mum-of two talked through her beauty routine as Dedivanovic applied her makeup. (We’ll bring you more of the seminar’s best bits shortly – stay tuned!).

But it wasn’t just a business trip, oh no – Kardashian made sure to pack in some of the emirate’s greatest sights during her trip, which marked her first international journey since she was horrifically robbed at gunpoint in Paris last year.

The star postponed her original seminar after the ordeal, pushing the October 14 date back to January 13.

The star, who was joined on her visit by brother-in-law (well, sort of) Scott Disick, stayed at Atlantis, The Palm – her hotel of choice when in the city – and the pair had a very, er, understated meal during their stay.

That table doesn’t make for great conversation – but it does make for an insanely opulent spread, so there’s the silver lining.

Kardashian also indulged in a little retail therapy, venturing out to the Mall of the Emirates as well as Dubai Mall, where she filmed some clips for Keeping Up With The Kardashians.

While we don’t know exactly what the star splurged on, she was spotted sporting the Givenchy Horizon bag – which means we can expect it to sell out almost immediately.

Kardashian didn’t spend all her time tucked away in the air-conditioning though – she also made a trip with some pals into the desert.

Read:
So Many Stars Wore Lebanese Designers At This Year’s Golden Globes
A Year In Style: Sheikha Mozah’s 12 Best Fashion Moments From 2016

The beauty maven shared a clip of her handling a falcon on her Snapchat (and she looks impressively more relaxed than we do whenever we’re close to the long-taloned birds of prey). 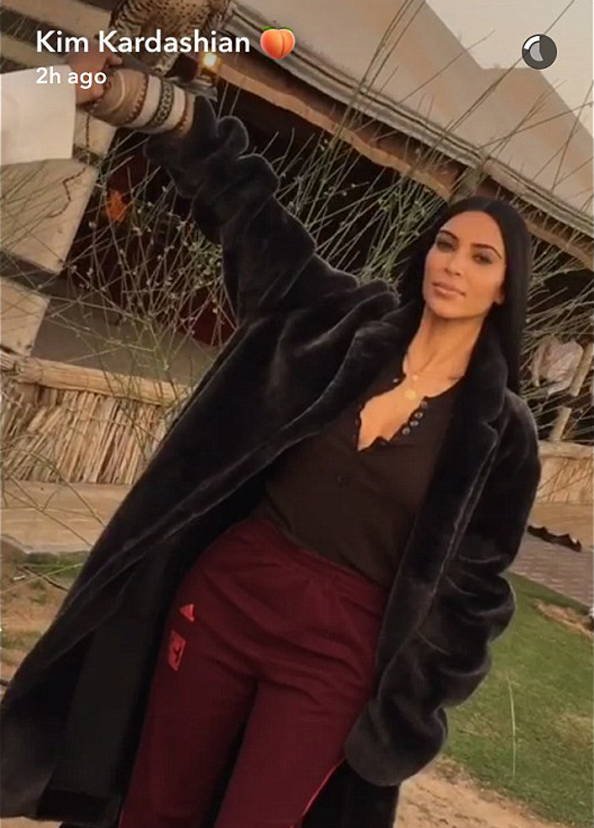 Kardashian also joined some friends on a buggy ride across the sand dunes, before posing for a shot that could almost pass as an album cover. 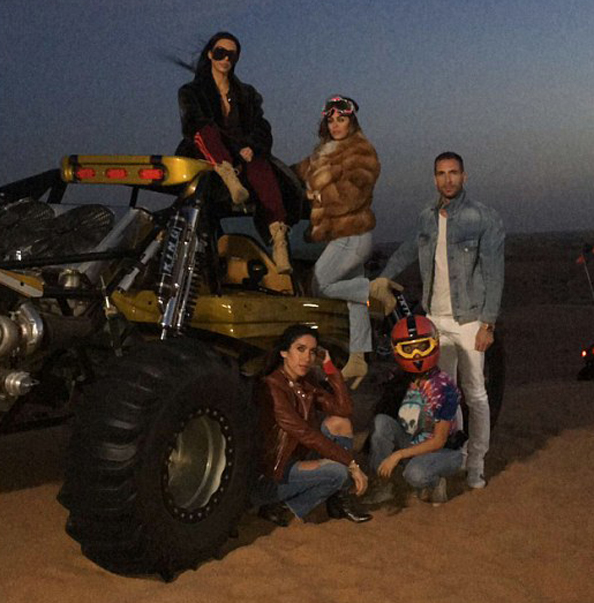 However it’s not been all fun and games – the reality star admitted on Twitter that she’s been suffering with jet lag.

We recommend another afternoon at Dubai Mall, the 10,000 steps we inevitably trek there usually makes for a very restful night’s sleep…