This HD Video Of Dubai Was Shot From Space 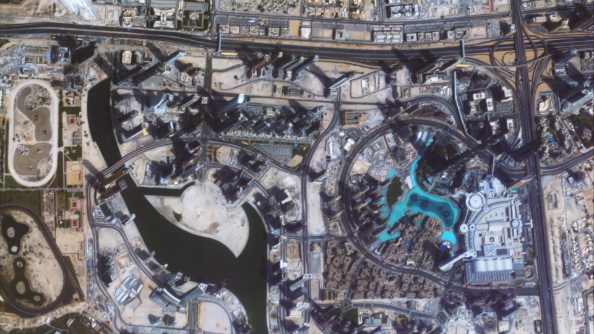 We’ve all seen snaps of the city from space, but we’ve never actually seen a video. Close up. Shot all the way from the International Space Station (ISS). Almost 400km away.

Earth-imaging company UrtheCast have released footage of Downtown Dubai shot from space, and in such high definition you can even see the cars driving along Sheikh Zayed Road.

Don’t believe us? Check out the video for yourself here:

The footage was captured through the use of High Definition Earth Viewing (HDEV) cameras installed aboard the ISS, as well as a series of several commercial HD video cameras enclosed in a pressurised, temperature-controlled casing. 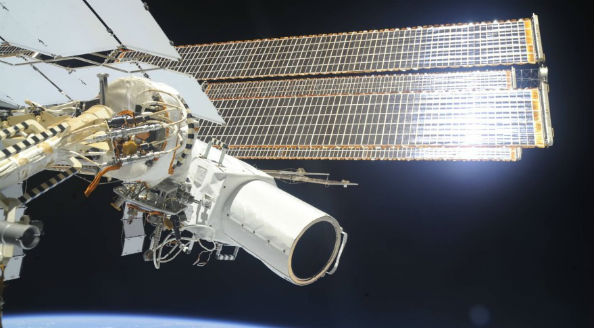 One of UrtheCast’s high-resolution cameras ‘Iris’

They haven’t just shot Dubai though, they’ve filmed and taken photos of multiple places all around the globe. One of our favourites being from the Middle East – The Great Pyramids of Giza in Egypt, Cairo.

Here’s the video of The Great Pyramids:

UrtheCast’s live streaming services are not yet available, but will soon be open to the public for a fee.

The HDEV cameras are attached to the Russian Zvezda module of the ISS, and were put there during a spacewalk back in December 2013. Although a problem occurred with the cameras, causing them to have to be taken back inside the ISS, the spacewalk was the longest Russian spacewalk ever – performed by Russian cosmonauts Oleg Kotov and Sergey Ryazansky.

The cameras were successfully installed in January 2014.

UrtheCast have big ideas in mind, looking to branch off from the ISS and disperse their own fleet of Earth-imaging satellites into space.

While some people may complain that such high-definition Earth-imaging satellites is a breach of their privacy, Urthecast mention in their video Perceptions how the technology can be used to combat issues such as deforestation, using the cameras to detect where it’s going on, and on what scale.

Check out the video Perspectives below:

Perspectives from UrtheCast on Vimeo.