These Sculptures Show Life In Dubai… In Miniature 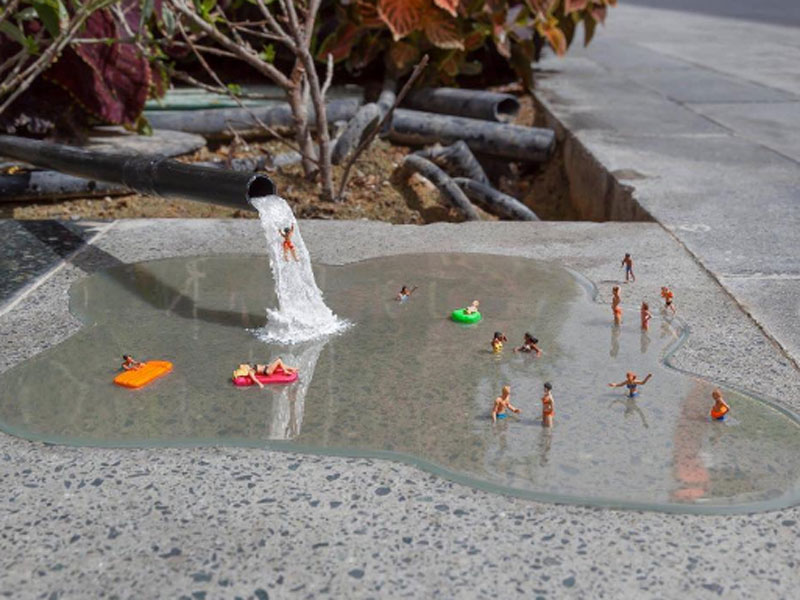 If you’re weren’t paying attention, it was easy to miss one of Dubai’s latest art installations.

Why? Well not because your eyesight was failing you, but because these sculptures were so small, you really needed to know what you’re looking for.

Ten miniature scenes were recently dotted around City Walk as part of a new open-air exhibition by UK-based artist Slinkachu. 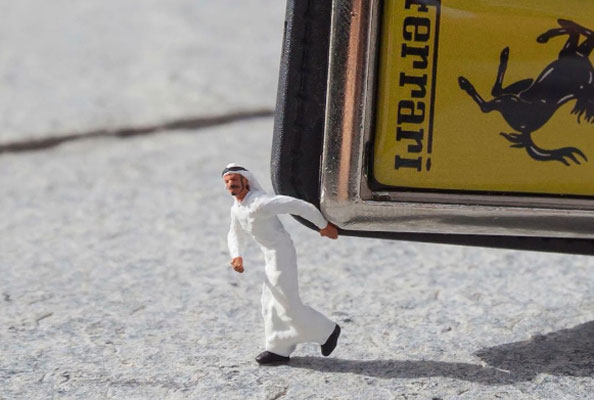 Cleverly placed on top of CCTV cameras, around water pipes, or on tiny piles of sand, the tableaus document some Middle Eastern scenes, such as a desert trek by camel, tourists checking out an oasis, and a group of men in traditional dress crowding around a camp fire.

The sculptures form part of Slinkachu’s ongoing “little people project”, in which he remodels toy train figurines and inserts them into scenes inspired by the city in which they will sit. His work has been shown all over the world, including in Beijing, Moscow and Paris. 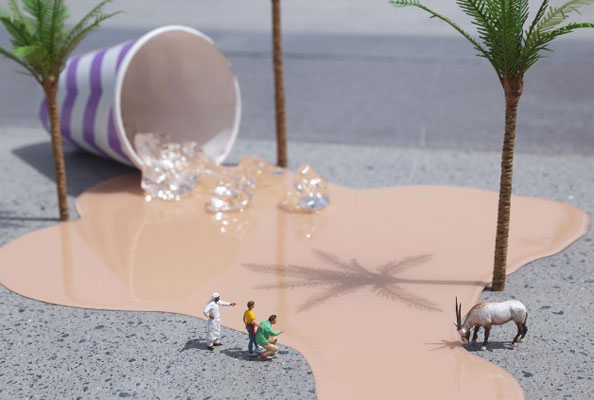 “It is both sculpture, street art installation and photography,” he told Gulf News. “The street-based side of my work plays with the notion of surprise and I aim to encourage city-dwellers to be more aware of their surroundings.”

The blink-and-you’ll-miss-it Al Wasl exhibition forms part of the Dubai Walls initiative, a street art programme spearheaded by Meraas which features work from 16 artists from around the world.

Watch our video interview with installation artist @slinkachu_official during his time creating his work for #DubaiWalls at @citywalkdubai.

Unfortunately the figurines were placed in the city earlier this year so you’ve missed your chance to see them in real life, but fantastic prints of the installations are now being displayed at City Walk.

“The photography aims to reflect the loneliness and melancholy of living in a big city, almost being lost and overwhelmed, but underneath this, there is always some humour,” Slinkachu told Design MENA. “I want people to be able to empathise with the tiny people in my works.” 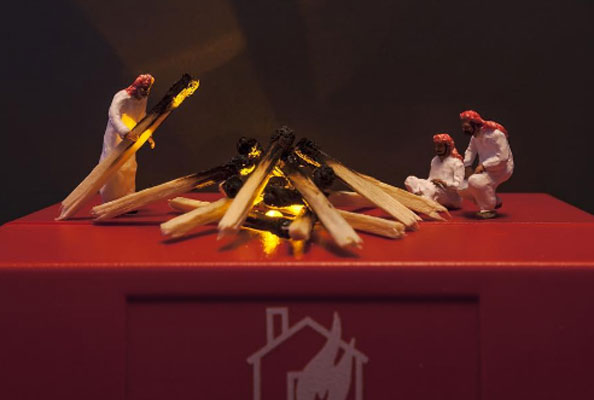