Happy birthday Queen Rania! Here are 10 facts about the royal to celebrate 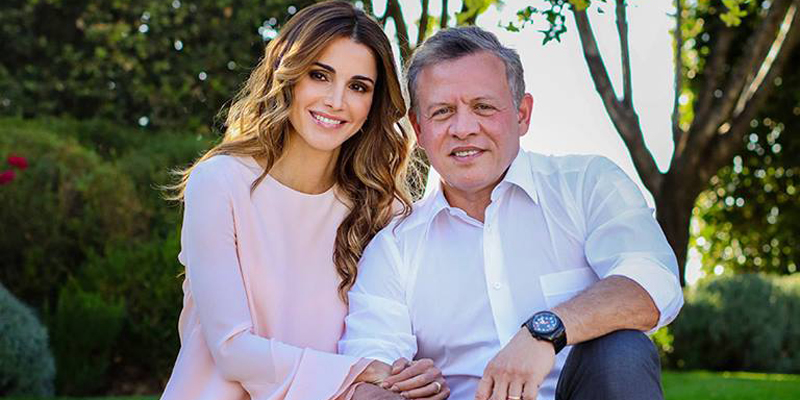 Did you know she’s also a talented children’s book author?

While most of us were off marking Eid Al Adha, Queen Rania Al-Abdullah also had another special occasion to celebrate.

The Jordanian royal turned 47 on August 31, with many taking to social media on the day to wish the mother-of-four a happy birthday (including her son, Crown Prince Hussein).

Queen Rania later thanked her well wishers, posting on Twitter that the “heartwarming” messages “made my day”.

For our own (slightly belated) celebration of her birthday, we’ve pulled together 10 facts about the royal that you might not know…

2. She later moved to study in Egypt, gaining a degree in Business Administration from the American University in Cairo.

3. Following her graduation, she worked in marketing at Citibank, and also worked in Apple’s Amman office.

Read:
Princess Haya shines a light on the heroes helping others around the world
These amazing throwback photos of Sheikh Mohammed show a new side to the royal

6. The royal is a passionate advocate for children’s welfare, launching the Jordan River Foundation in 1995. She has also founded an annual teachers’ award, was named UNICEF’s first Eminent Advocate for Children in 2007, and has created an eponymous scholarship program.

7. In 2006, Queen Rania joined the United Nations Foundation’s Board of Directors.

8. The royal is also a talented author, penning four children’s books. They’re titled The King’s Gift (dedicated to the late monarch of Jordan, King Hussein), Eternal Beauty, Maha of the Mountains and The Sandwich Swap (a tale of friendship inspired by Queen Rania’s own childhood).

9. While you might assume being royal is all glamour, Queen Rania insists it’s “a job like any other”.

“It has nothing to do with crowns, carriages or castles… I made a commitment to the people of Jordan to serve them to the best of my ability, and I try to live up to that commitment every day,” she told Australian newspaper The Daily Telegraph last year.

10. One of Queen Rania’s favourite places to travel is the British capital, saying she love to “be anonymous”.

In London, my family and I can just be ourselves: meander through parks eating ice cream, browse the galleries, ride bikes and feed ducks, see shows,” she told Conde Nast Traveler.

“I come home so tired I need a holiday!”