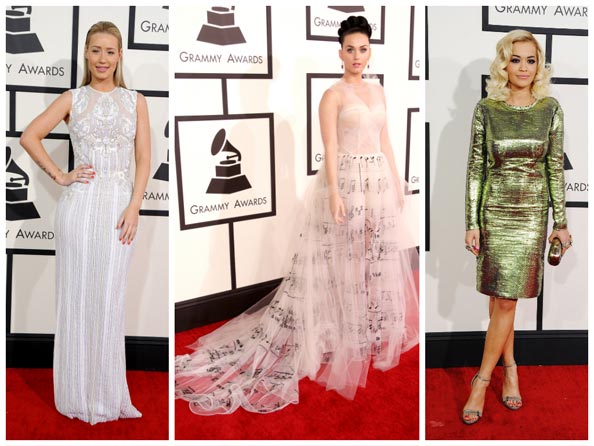 You can always count on the Grammy Awards to be full of sartorial surprises. This year it wasn’t the likes of eccentric stars like Nicki Minaj and Lady Gaga who were shocking the crowd with their outlandish ensembles, but the toned down dressing of industry belles including Iggy Azalea, who opted for an angelic Elie Saab dress and Katy Perry, who left the gimmicks behind her in favour of a stunning Valentino gown that left a lasting impression. Even Rita Ora covered up in a stunning sequinned Lanvin number. It seemed this year’s big shock tactic was playing it demure and sane.

When you consider the Grammy’s is renowned for controversial style statements – may we remind you of Jennifer Lopez’s slashed-to-the-navel Versace dress, Lady Gaga’s arrival in an egg and Nicki Minaj’s companion who was dressed like the pope –  2014’s offering was rather tame by comparison. Instead of looking to shock, awe and outdo each other, many of the participants and performers chose to let their music speak for them, rather than let their outfit choices grab the headlines. 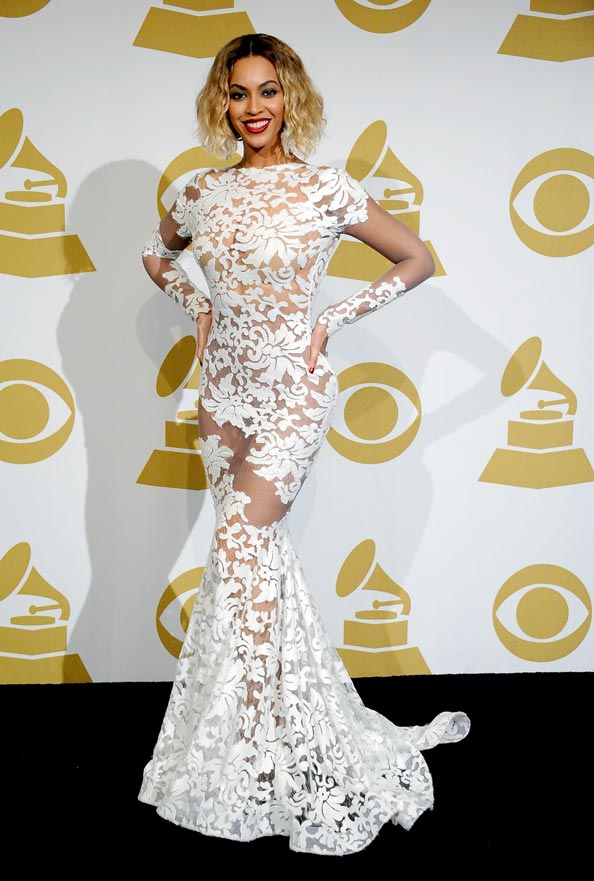 Queen Bey in one of her many outfits on the night

Proving to the likes of serial flashers such as Rihanna and Miley that you don’t have to strip to give a memorable performance, Lorde gave a haunting rendition of Royals wearing a smart shirt and trouser ensemble while Katy Perry owned the stage in a long-sleeved body suit and sparkling skirt. The most revealing dress of the evening came from Beyoncé, who was still covered head-to-toe in a white Michael Costello gown but gave a peek-a-boo effect with well-placed sheer panelling. 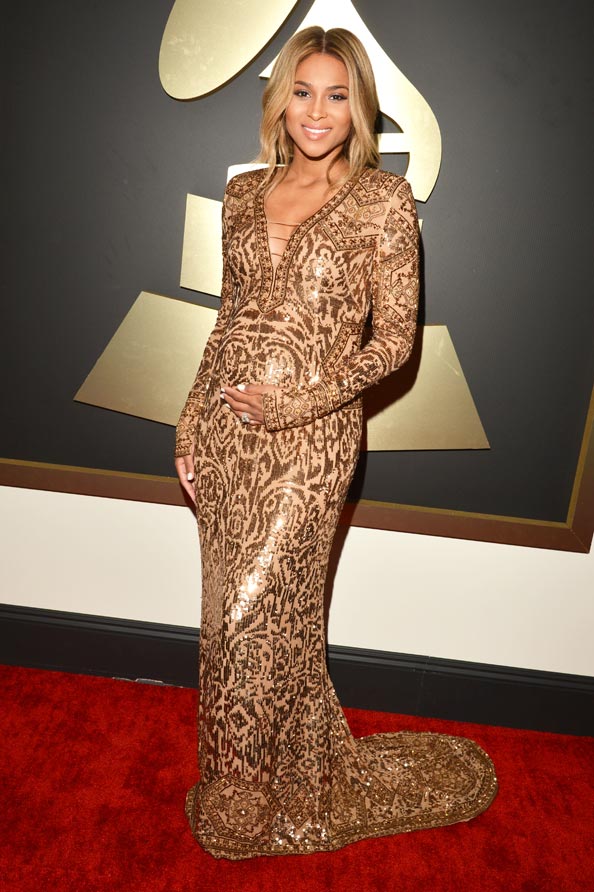 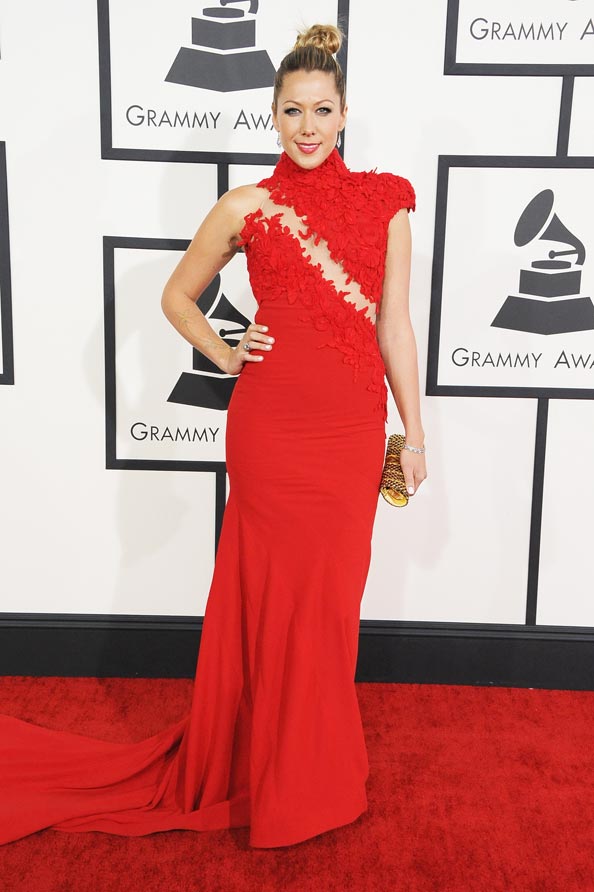 A pregnant Ciara also took a break from her mini skirt and thigh-high boot uniform to sport a modest, yet stunning long-sleeved Pucci gown, which showcased her blossoming curves in a respectful yet head-turning manner. Refreshingly dressing for their bodies as well as their ages, Taylor Swift and Arianna Grande wore girly Gucci and Dolce&Gabbana gowns respectively, while Colbie Caillat covered up in a red number by Dubai-based designer Ezra Santos, proving that you can still grab the spotlight without showing too much skin. Are you taking notes, Miley?