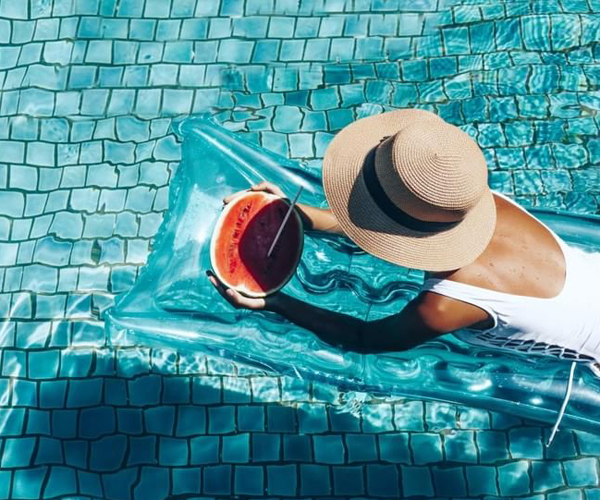 Now we’ve got another place to whittle away those summer days (if we can stand the heat).

Not all of us are jetting out of the city this summer (we say with just a hint of jealousy), but now we might not have to.

A new beach club has opened in Dubai’s Jumeirah Beach Residences that promises to have you feeling like you’ve escaped to sunny southern Europe – well, for an afternoon at least.

Azure Beach is based at the Rixos Premium Dubai JBR, just between the Ritz-Carlton and Reel Cinemas, and the pictures are making us definitely fancy a dip, even if it’s 40 degrees outside: 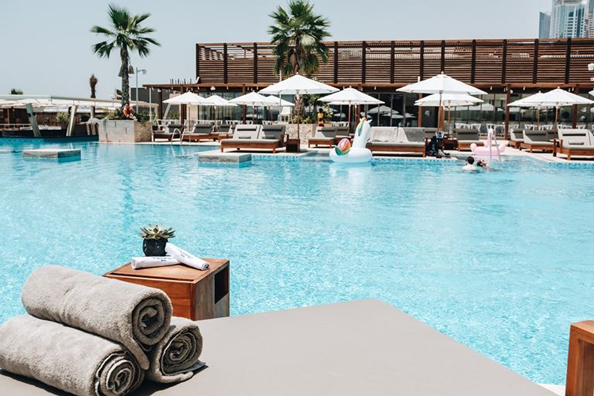 So what will you find there? Well, there’s an infinity pool surrounded by sun loungers and private island beds for two (the sound of which has really piqued our interest).

If you want to make a real weekend of it with a few pals, there are also cabanas that seat up to eight.

The Mediterranean-inspired destination also has its own private beach, a poolside lounge area, shisha terrace, a prime view of the upcoming Ain Dubai – the world’s largest observation wheel – and a kids’ club. 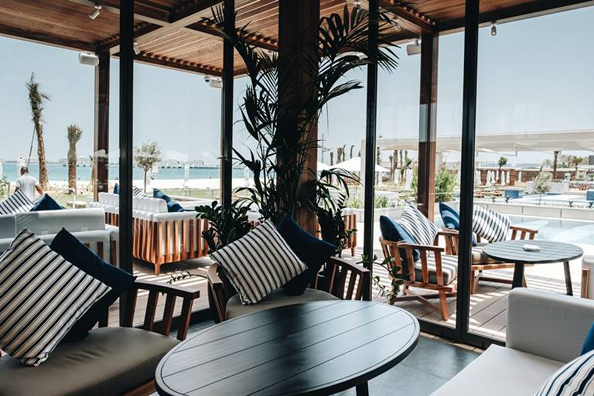 “Azure Beach will offer its guests a stylish and sophisticated destination for a day of relaxation and rejuvenation with its tranquil and refreshing facilities; a world away from Dubai’s busy street life,” said managing director James Burton.

Azure are putting on special summer prices at the moment, with general entrance (from 10am to late) on weekdays ringing in at Dhs100 per person, which includes the use of a pool towel and sunbed.

Weekend entry costs Dhs200, with no minimum spend on drinks or food from the club’s Asian fusion menu, but the club hasn’t yet confirmed the price of renting a cabana or island lounger for the day. 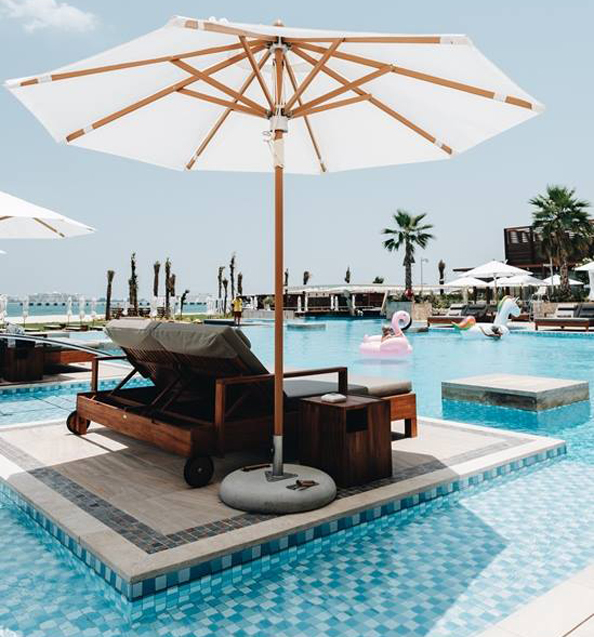 Kids five and under go free, while those aged between six and 12 get 50 per cent off entry.

The Rixos, the second in Dubai after the one on the Palm Jumeirah, will also welcome a few new eateries later in the year, including a Black Tap (yes, the same as the one in Jumeirah Al Naseem that serves those insane shakes) and a Lock Stock & Barrel.

Shakin’ Dubai on the 4th of July! 🇺🇸 Limited shakes are available for today only at #BlackTapDubai #blacktapthat #4thjuly #usa #independenceday #Dubai #Jumeirahalnaseem

Read:
Sonam Kapoor Rules The Runway With A Surprise Turn At Couture Fashion Week
This Celebrity Family Can’t Get Over A Dubai Airline’s First Class Cabins

The hotel will also open a club named Inner City Zoo, as well as the city’s first STK restaurant, a US-born steakhouse that has branches around the world.