When it came to choosing a fashion designer to promote the style element to style obsessed Glorious Goodwood, one of Britain’s most prestigious horse racing cards, turned to Dubai and in particular UAE-based designer, and former Emirates Woman Woman Of The Year runner up, Deborah Henning.

As the race is sponsored by Dubai, Deborah Henning – who is the creative director of her own eponymous label as well as founder of Shoreditch Muse, a company that promotes other style talents – was chosen to be featured in four mini adverts running ahead of the racing coverage on the UK’s Channel Four.

“They run from the end of July until the end of December, on Channel 4 racing, 4OD and online,” explains Deborah of the clips that will feature between major races including Ascot and Goodwood.

In the short films, in which Dubai’s iconic skyline is the backdrop, stylist Tina Choie styles the model in Deborah’s collection, offering inspiration on what to wear to the races – we were certainly taking notes ourselves for next year’s Dubai World Cup. 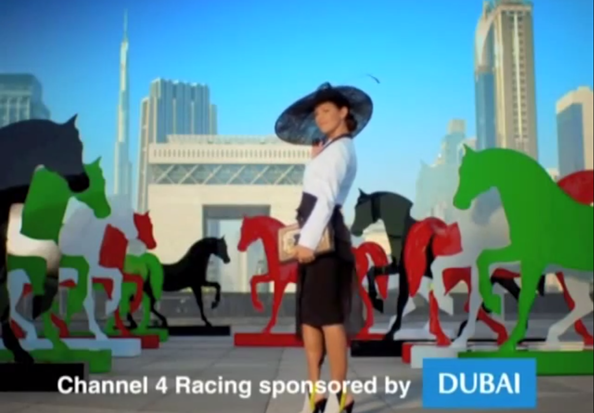 A still from the mini film on Channel 4

“Channel 4 came through Shoreditch Muse to scout for upcoming fashion talent in Dubai as well as locations to shoot the clips,” says Deborah about being chosen to for the campaign. “When we met, I introduced them to my brand and collection and the producer loved it so she decided to feature me and my brand.”

As the races are sponsored by a city harboring rather large hopes of becoming a fashion capital, it was a logical move to show off all elements, from the style to the architecture, and how it’s moving forward.

Deborah explained: “It was a starting point for them to get to know what was happening in the region, as it progressed they decided to feature me and my brand.”

Deborah who hails from Manchester, UK and has lived in Dubai for four years, reveals the project was a great learning experience, allowing her to view her own collection from a different perspective. She said: “Working closely with stylist Tina Choie we had to create three looks around the racing including an Ascot and Goodwood theme. It was really interesting as my brand is minimalist, casual clothing with a conceptual and androgynous twist, so to style it in a way that reflects the races made me see my own pieces in a completely different light.” 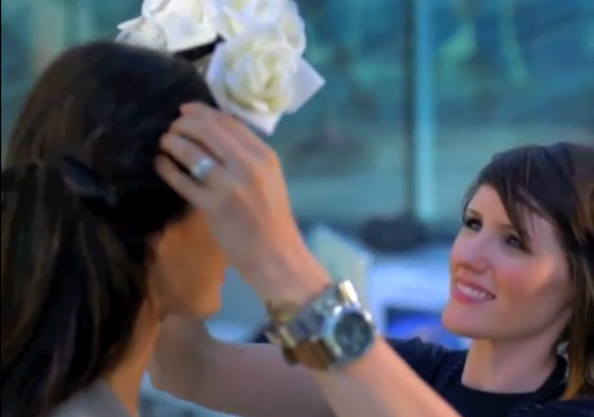 Deborah puts the finishing touches to an outfit