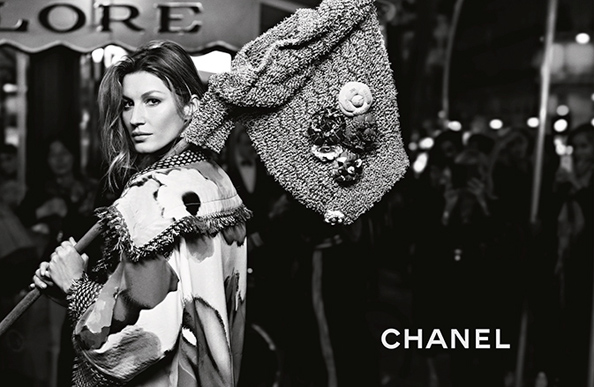 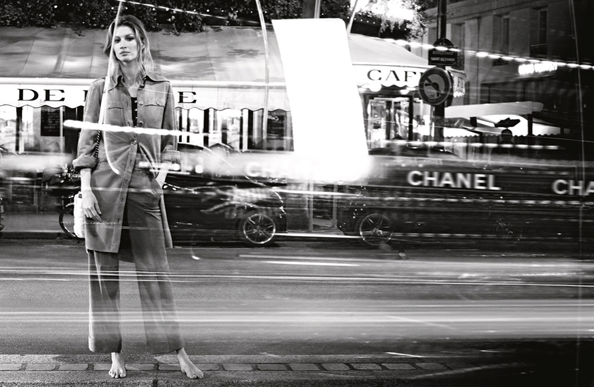 After her debut as the new face of Chanel N ̊5 in October, Brazilian supermodel Gisele Bündchen, 34, is back for the French fashion and beauty house in their spring summer 2015 ad campaign.

The campaign features a barefoot Gisele alone in various iconic spots in the French capital of Paris at night, such as Café De Flore, the banks of the Seine River and the Pont Des Arts Bridge. 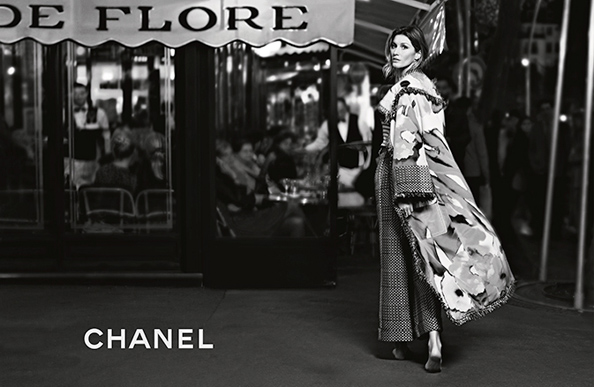 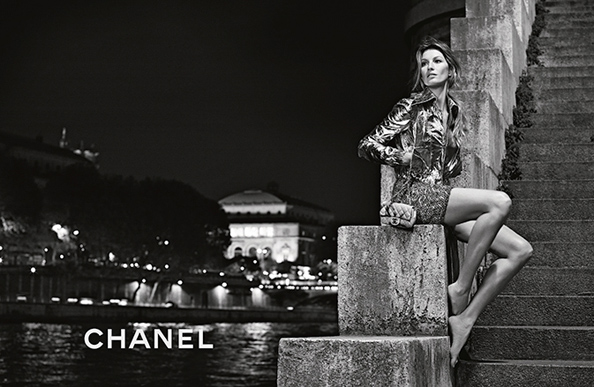 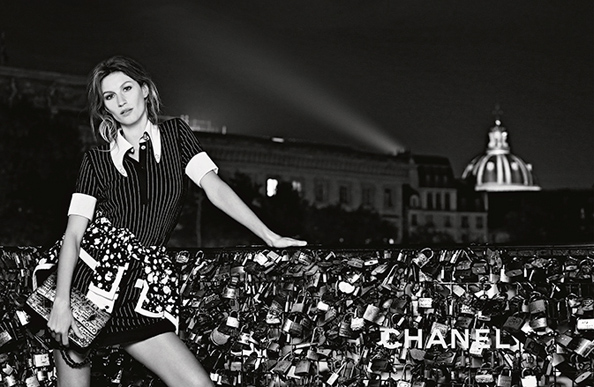 The runway show for the spring summer Chanel ready-to-wear collection was quite a spectacle with the runway being converted to a street and the models as protestors brandishing placards and echoing the pro-peace and anti-war sentiments of the seventies. While little of this overt message is obvious in the campaign images a few nods to the show remain such as a jumper on a stick acting as a flag and the hippy-esque bare feet.

The campaign was photographed by the one-and-only Karl Lagerfeld. 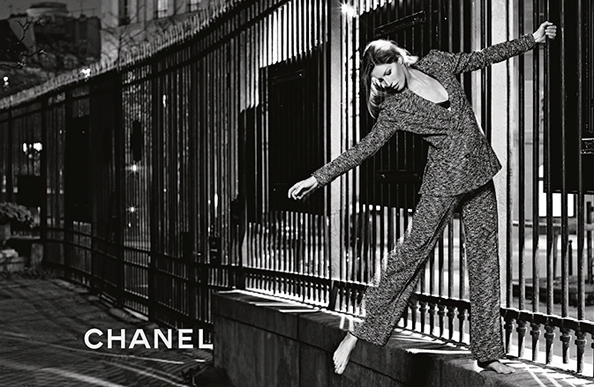 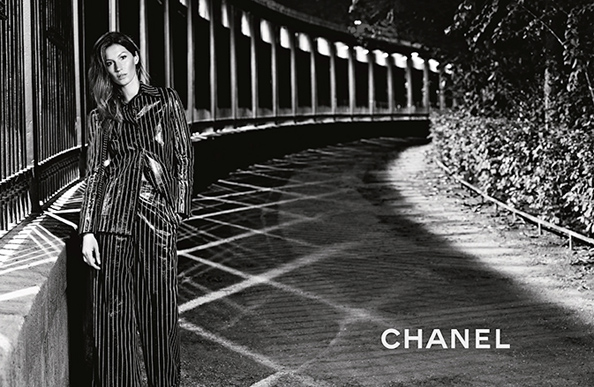 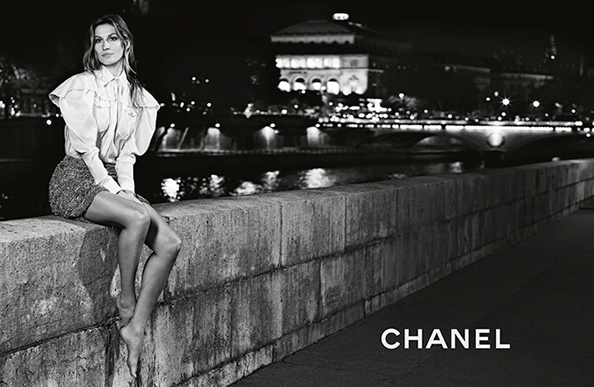 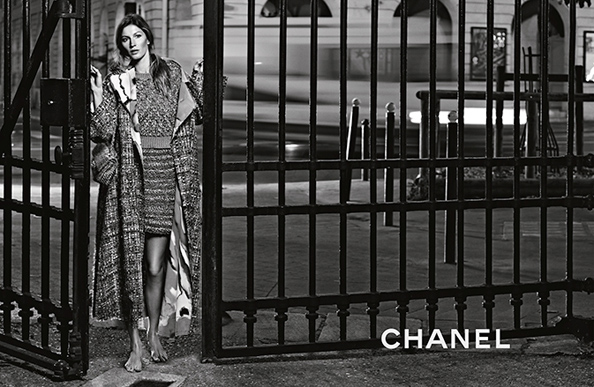 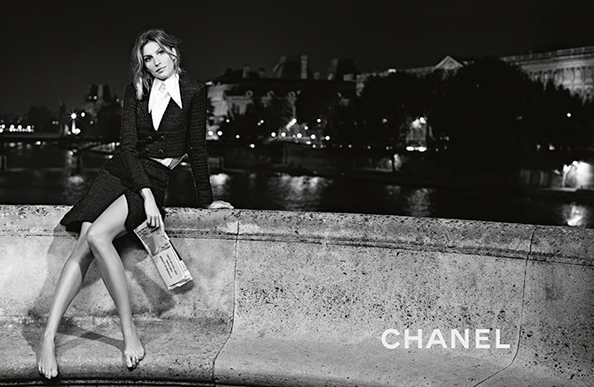