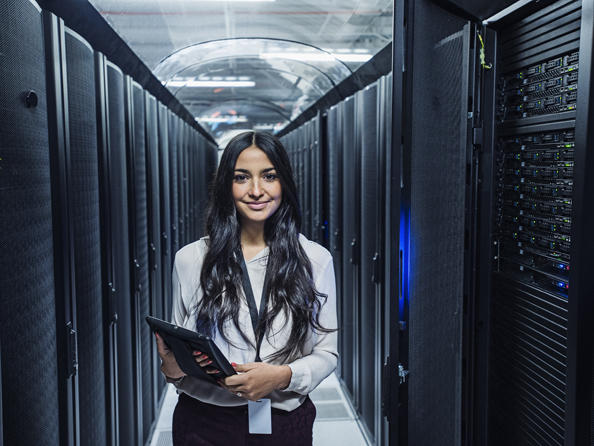 The fight to bridge the gender gap in science, technology, engineering and maths (STEM) wages on, and MasterCard is pioneering that crusade right here in the UAE.

While their signature education programme Girls4Tech has not been able to account for why girls outperform their male peers in school, and yet only account for a fraction of professional roles, it has made significant progress in encouraging girls to pursue careers in STEM (a curriculum based on the idea of educating students in four specific disciplines — science, technology, engineering and mathematics).

Read: Should We Break Up With Our Smartphones?

Recent statistics show that in technology, there has been no change in inequality for an entire decade. While other professional fields continue to demonstrate progress, the number of female CIOs (chief information officers) has been fixed at 14 per cent since 2004. Women occupy 11.2 per cent of technology leadership roles in the Middle East and Africa, 11.2 per cent in Europe, 18.1 per cent in North America, 13.4 per cent in Latin America and 11.5 per cent in Asia. By thinking globally and acting locally, Girls4Tech has already encouraged 5,000 girls to participate in workshops across nine countries in the region.

Read: Cyber Crime On Rise In The UAE – How To Protect Yourself

The Girls4Tech course takes into account the fact that different kinds of skills to pursue a career in STEM so they’ve employed more than 800 MasterCard employees to act as mentors and role-models for young women, teaching them a hands-on curriculum created from global science and maths standards. The workshop was rolled out for a second consecutive year at the recent Emirates Foundation’s Think Science Fair 2016.

Initiatives like these are what is needed to shed light on the gender gap issue. A hilarious new campaign called Girls Who Code has been making the rounds on social media just this month – a series of videos outlining the women-specific “problems” that explain why girls “can’t” code.

“I can’t code because my long eyelashes make it hard to see the screen.” One girl quips while another turns to the camera and deadpans, “It’s hard to code when you can’t stop crying.”

While we are all laughing at this campaign, we do so because we are certain us girls will be having the last laugh in the digital world.