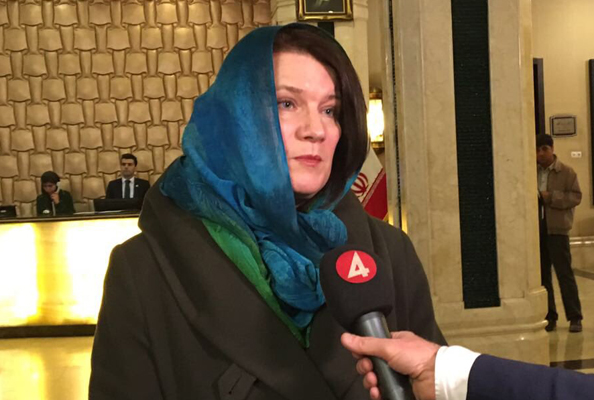 They were criticised for donning traditional dress, but government officials say they didn’t want to break the law.

They were sent to the Middle East to negotiate trade deals, however it was instead their outfits that stole headlines.

Several Swedish officials have been slammed for wearing hijabs during a visit to Iran over the weekend, with critics saying they should have taken a stand as representatives for the self-declared “feminist government”.

Read:
This British Hijabi Line Is Finally Coming To The Middle East
Six Times That Hijabi Models Made Global Headlines

Their decision was criticised by Swedish politicians and an Iranian women’s rights activist, with the Scandinavian nation’s Liberal party chief Jan Bjorklund saying the move was “ruinous to what is called a feminist foreign policy”.

“Because if you are feminists and you care about equality then you should challenge inequality everywhere,” Iranian activist and journalist Masih Alinejad added, reports the BBC. “They must stand for their own values.”

However Linde defended the fact that the 12 female delegates – accompanied by three men – chose to wear hijabs, saying they were not willing to break Iranian law.

“It’s their law, unlike in Saudi Arabia where it is not required by law to wear a veil,” Linde told the Aftonbladet newspaper.

“I will go to Saudi Arabia next month and then I will of course not to wear the veil.”

Linde also argued that if they had not worn the hijab, they would have had to send males in their place which somewhat defeated the purpose.

Women in Iran have been legally bound to cover their hair in public since the Islamic Revolution of 1979, and the rule applies to residents, visitors and tourists alike.

The Iranian government was also criticised during the visit, for presenting an all-male entourage to the mostly-female Swedish delegation.

#Iran officials vs Swedish delegation. Congrats #Iran on the #allmalepanel in a country where 60 percent of university graduates are women https://t.co/x0k5Qs9vaT

Several social media users tweeted President Hassan Rouhani questioning the move, though the Iranian government has not yet responded.